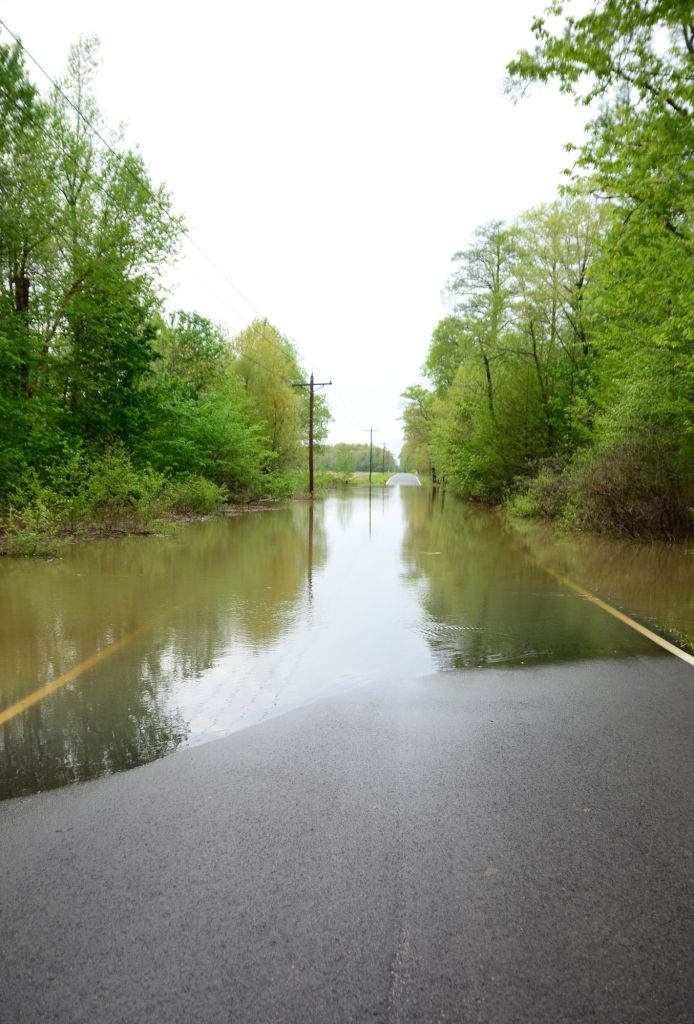 Be prepared the next two days for severe weather, including floods and possible tornadoes.

The entire area is under a flash flood watch until 12 a.m. Thursday. Severe thunderstorms will produce torrential rain that can lead to flash flooding of streams and creeks, with river flooding becoming likely. At least 3 to 5 inches of rain is expected. River flooding is more likely tonight through Wednesday.

A flash flood watch means that conditions may develop that will lead to flash flooding. Other weather forecasting services predict flash flood warnings will be issued later today and Wednesday.

Do not drive through flood waters. Turn around, don’t drown.

This afternoon’s thunderstorms may include large hail.

There’s a 70 percent chance of precipitation today, with storms likely after 10 a.m. High will be near 73. Tonight, expect more showers and storms, a 90 percent chance, and a low of 66. Rainfall amounts will increase tonight.

Wednesday’s chance of rain is 90 percent, with heavy rainfall in storms. A high of 78 will be accompanied by south winds at 13-17 mph, with gusts as high as 25; much higher winds are likely in the storms. Between 1 and 2 inches of rain is expected, with locally heavier amounts in the thunderstorms.

Showers and storms continue Wednesday night, with heavy rainfall and gusty winds. Chance of rain is 80 percent and another half inch of rain, at least, is expected. The low will be around 60.

Thursday, morning showers should give way to a partly sunny day with a high near 77 and blustery southwest winds around 15 mph, with gusts up to 22 mph. Thursday night should be calm, with a low around 50.

The new work week starts Monday with a high near 75.