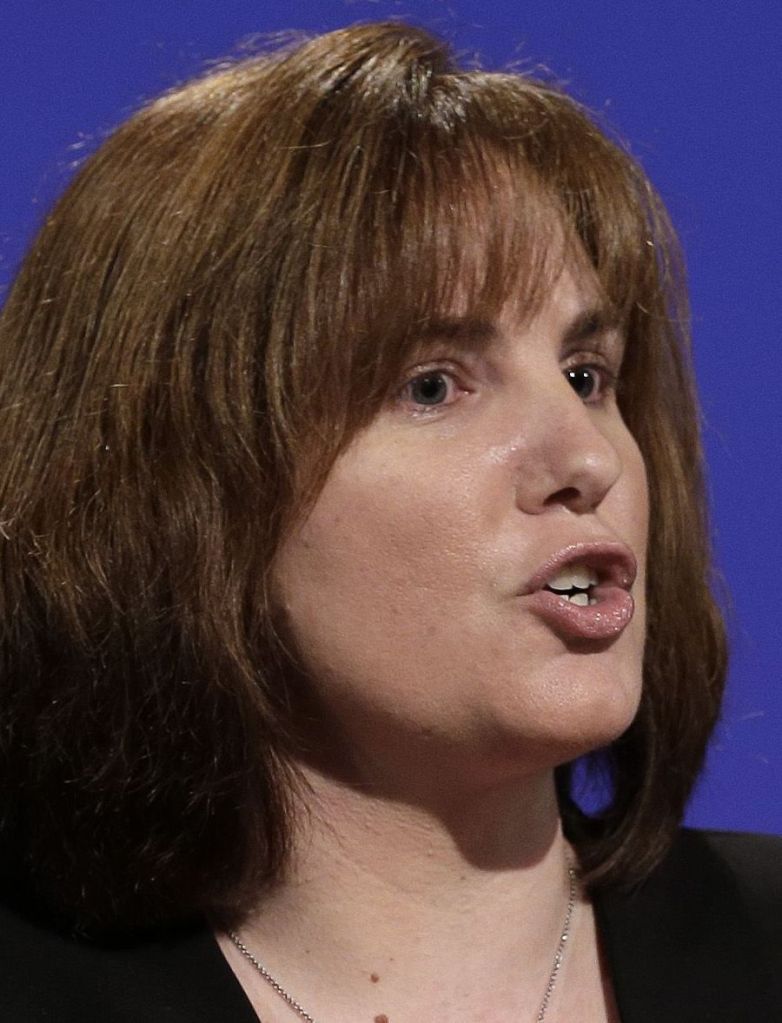 RESEARCH TRIANGLE PARK, N.C. (AP) — North Carolina’s leading Republican candidates for U.S. Senate made lasting points for voters in their final televised debate Monday night, with Baptist pastor Mark Harris seeking to question the electability of his two main rivals for the nomination to challenge Democratic Sen. Kay Hagan.
Harris, the former state Baptist State Convention president from Charlotte, went on the offensive against state House Speaker Thom Tillis and Cary obstetrician Greg Brannon in the third debate for the party’s four leading candidates a week before the May 6 primary election. Family nurse practitioner Heather Grant also participated in the debate aired statewide.
Harris, who did not confront rivals in last week’s two debates, pointed out Monday that Brannon did not support Republican Mitt Romney for president in 2012 and cited a lawsuit that Brannon lost and is now appealing involving investments in a company. Later, he suggested Tillis isn’t committed to preserving North Carolina’s gay marriage ban.
“For me I believe it is so critical that we have someone that is electable. There are two individuals on this platform tonight who carry with them baggage I believe Kay Hagan will use to rip them apart,” Harris said at the University of North Carolina Television studios. “Those are concerns that I have about what they will face.”
The four are among eight candidates seeking the Republican nomination to take on Hagan. Her seat is considered critical to Republicans in winning back the U.S. Senate in 2015. Early in-person voting continues through Saturday. The leading primary vote-getter needs more than 40 percent to avoid a runoff.
Brannon never addressed Harris’ arguments but kept to his goal of persuading viewers he was best prepared to govern according to a narrow view of the federal government’s powers in the U.S. Constitution. He said he’s most well-read of the candidates: “I believe that I’m most prepared for this.”
Tillis, the leading fundraiser in the GOP primary field and favorite of establishment Republicans in Washington, pushed back against Harris and Brannon and spent more time during the hour-long debate trying to diminish Hagan and to promote the Republican agenda in Raleigh while he’s been speaker.
“You know, being conservative is not something you say, it’s something you do,” Tillis said in a phrase mimicking a television ad in which he talks about his social conservative agenda. “And I’ve done it consistently in Raleigh. I’ll do it consistently in Washington.”
Tillis was speaker when the General Assembly agreed in 2011 to let voters decide whether to amend the state constitution to ban gay marriage. Harris was a key spokesman for a group that helped get the amendment passed in 2012. Harris mentioned that Tillis told a meeting of college students just before the referendum that “if it passes, I think it will be repealed within 20 years.”
With such comments, Harris said Tillis is “cutting us off at the knees. And so we must have somebody that defends it at every step.”
As in last week’s first debate, Brannon and Tillis butted heads on the federal health care law. Brannon suggested Tillis hasn’t been vigorous in working to eliminate the health care overhaul, pointing to a 2011 bill that passed the state House that would have created an online health care exchange. Tillis “actually said Obamacare has some good ideas, we just can’t afford it,” Brannon said, citing a Tillis radio interview.

But Tillis said Brannon is “kind of spreading the same fiction that Harry Reid and Kay Hagan have tried to do,” he said, pointing to ads paid for by Hagan’s campaign and a super PAC run by former aides of the Senate majority leader.
Harris, who has bristled under political labels during the campaign, tried to use them to his advantage Monday night.
While Brannon is a favorite of tea party conservatives and is endorsed by Kentucky Sen. Rand Paul, Harris labeled Tillis as “more in the Lindsey Graham, John McCain mode” — a perceived slight among conservative voters who consider them moderates. Harris, he said, he came from the perspective of President Ronald Reagan.
Grant, a former Army nurse from Wilkesboro whose campaign has raised the least amount of money among the four, stayed away from the intraparty infighting. She said voters don’t “need any more lifetime politicians but rather “a fresh pair of eyes after six or 12 years.”
On foreign policy, the four largely agreed on a more rigorous approach to keep Russia in check and respond to Iran’s contested nuclear program. The candidates alleged Hagan has allowed America’s standing to decline. They all expressed support for Israel, whose protection is a key issue for Christian conservatives.