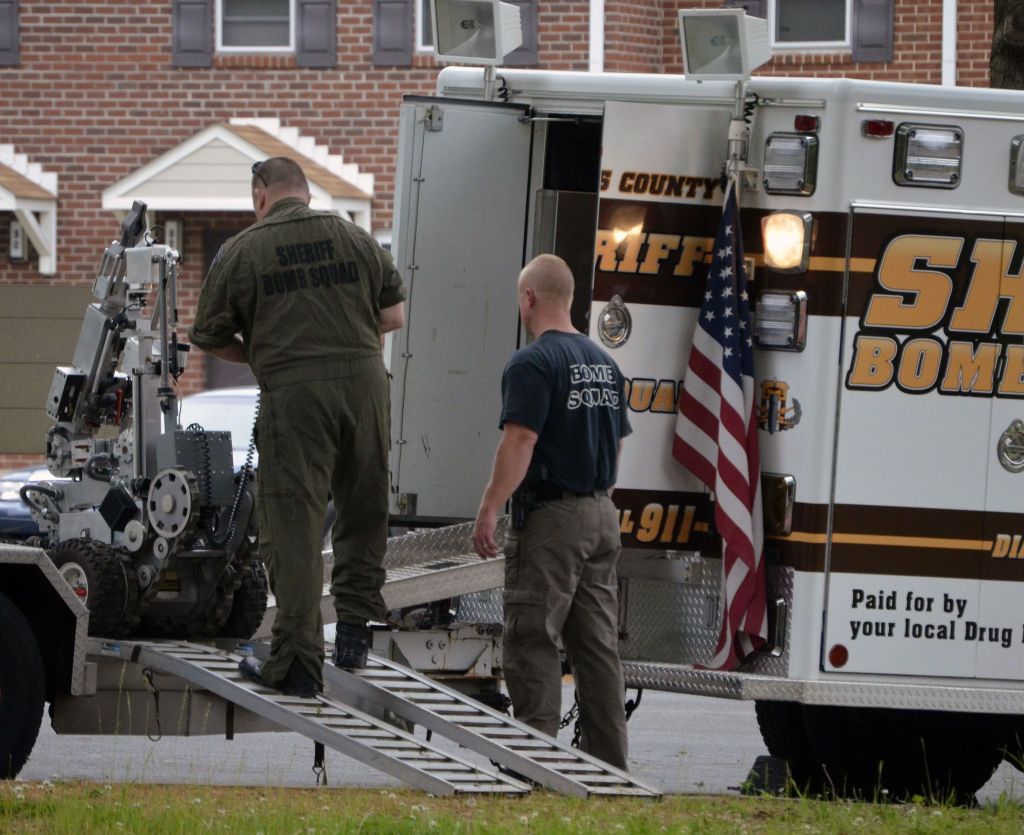 EAST SPENCER — Authorities called in a bomb squad Tuesday as they searched an apartment they say is linked to a Monday robbery in High Point after the suspect in that robbery was found in possession of a device made to look like a bomb.
Nigel Moore, 39, is charged with armed robbery, possession of a weapon of mass destruction and possession of a firearm by a convicted felon.
The Rowan County Sheriff’s Office and the East Spencer Police Department assisted the High Point Police Department by serving a search warrant at Apartment 99 in the Weant Street Apartments, according to information provided by law enforcement.
Investigators called in the Cabarrus County Sheriff’s Office Explosives Ordinance Disposal Squad to assist with the search because the robbery suspect was caught with a device made to look like a pipe bomb shortly after the crime.
Several items were taken during the search, but Lt. Chad Moose of the Rowan County Sheriff’s Department said they were unable to disclose what they are. The evidence will be inventoried, and then turned over to the High Point Police Department.
The search began around 4:30 p.m. and ended around 6 p.m.
Police in High Point were called around 7 p.m. Monday about a possible armed robbery occurring at Target. While on the way to the store, officers got a description of a man holding a gun on a clerk at one of the store’s cash registers.
The man had left by the time officers arrived, but they got a description of the getaway car and began searching the area. The vehicle was stopped and the suspect taken into custody.
As they were arresting the man, one of the officers saw what appeared to be a pipe bomb on the front passenger seat. The device was a lead pipe sealed on both ends with black electrical tape around the ends and red and green wires connected at both ends, police said. It was mostly concealed inside a leather portfolio.
Officers blocked traffic and called in the Greensboro Police Department’s bomb unit, which used a robot to remove the device from the vehicle. The device was determined to be fake.
Searching the vehicle, officers found money stolen from the store and the gun used along with the clothes and sunglasses worn by the robber.