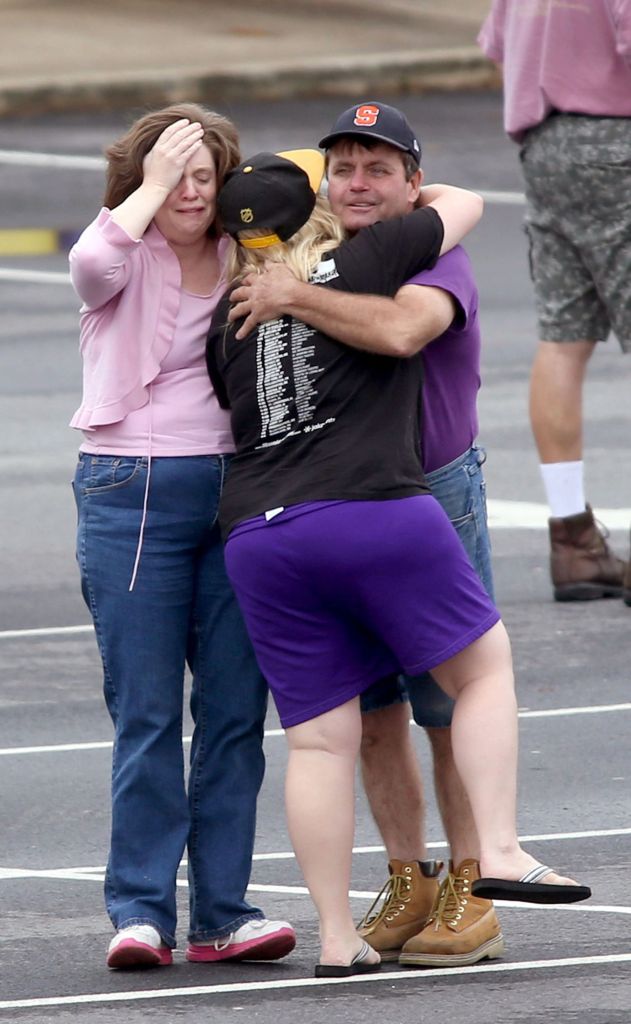 Associated Press
KENNESAW, Ga. (AP) — A package handler with an assault rifle and bullets strapped across his chest "like Rambo" opened fire Tuesday morning at a FedEx station outside Atlanta, wounding at least six people before police found the suspect dead from an apparent self-inflicted gunshot, police and witnesses said.
Two of the victims were in critical condition after police rushed to the center at 5:54 a.m. to respond to a call about a gunman, said Cobb County police Sgt. Dana Pierce. He said the gunman, who was found dead inside the package-sorting facility, worked for FedEx as a package handler.

FedEx clerk Liza Aiken said she was working inside when she heard something drop, looked to her left and saw the gunman.

"He had bullets strapped across his chest like Rambo, a huge assault rifle and he had a knife," Aiken said in a parking lot where employees were gathering near the station. Before she could continue, a woman wearing a FedEx jacket told Aiken to stop talking and led her away.

Six people wounded at the FedEx station were taken to nearby Wellstar Kennestone hospital. While two were considered critical, others had less serious injuries.

"A lot of them were able to walk off the ambulance," said hospital spokesman Tyler Pearson.

David Titus, a FedEx truck driver, said he was just coming to work when he saw someone walk up and shoot a security guard in the abdomen outside the building. He said he could hear more gunshots after the gunman went inside.

"It was chaos," Titus said. "Everyone was running ducking and hiding, trying to get out of there."

FedEx said the facility about 25 miles north of Atlanta is a hub where packages are sorted and loaded onto vehicles for delivery. It’s located next to the general aviation airport for suburban Cobb County.

Police kept roads leading to the FedEx station blocked after the shooting. Dozens of workers were taken by car and bus to the parking lot of a skating rink about a half-mile away to call relatives for rides. Some family members got out of their cars and hugged the workers. Several employees said they had been told not to speak with reporters.

The identity of the gunman was not immediately released and police did not discuss a motive.

The company was cooperating with police but had no details to release about the shootings.

A FedEx statement said: "Our thoughts and prayers are with those affected, and with their families and friends. We are grateful for the assistance of law enforcement. The situation is now stabilized and we are focused on the needs of our team members and cooperating with the law enforcement investigation of this tragedy."