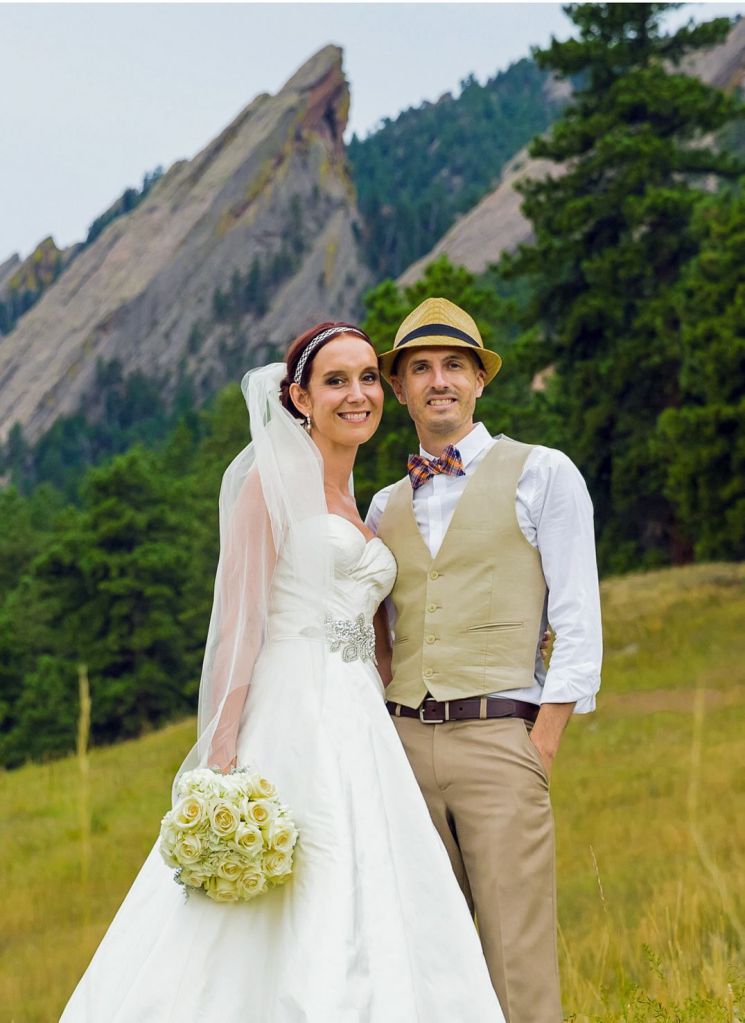 BOULDER, Colo — Elizabeth Ann Wurster and Andrew Mark Strahan were united in marriage on Aug. 31, 2013, on the Village Green at Chautauqua Park. Mr. Neil O’Toole and Ms. Hannah Elleson officiated the 4:30 p.m. ceremony which was followed by a reception at the Historic Boulderado Hotel.
The bride is the daughter of Ms. Jean Miller Wurster of Salisbury, N.C., and the late Dr. Stephen H. Wurster, and the granddaughter of Mrs. Doris Miller of Salisbury. She is a 1997 graduate of Salisbury High School. Elizabeth received a Bachelor of Arts from the University of Richmond and a master’s degree from Tel Aviv University.
The groom is the son of Mr. and Mrs. Kevin Strahan of Melbourne, Australia, and the grandson of Mr. Kievel Strahan of Melbourne, Australia. Andrew graduated from Haileybury College and received a Bachelor of Science from Swinburne University and a master’s degree from Tel Aviv University.
The bride was escorted by her mother and attended by Dr. Janelle Kringel of San Diego, Calif., as maid of honor. Bridesmaids were Sammy Chumacero of Boulder, Colo.; Ruth Craig of Dublin, Ireland; Kara Klassen of Kitchener, Canada; Elizabeth Taylor of Salisbury; and Amanda Zaidman of Charlotte, N.C. The flower girl was Maya Zaidman, and ring bearer was Jonah Zaidman, both of Charlotte.
The groom’s best men were Michael Baker and Darin Bradbury of Melbourne, Australia. Other groomsmen were brothers of the bride Gregory Wurster of Senatobia, Miss., and Mark Wurster of Salisbury; Dallas Taylor of Bright, Australia; and Chris Freeman of Melbourne, Australia.
The bride wore a romantic silk gown with a sweetheart neckline, pleated asymmetrical rouching on the bodice, and a full skirt with a chapel length train. The gown was beautifully accented with a leaf patterned belt of pearls, rhinestones and crystals.
The bride’s grandmother and aunt, Gwen Miller of Indianapolis, Ind., hosted a bridesmaids’ luncheon at the Med Restaurant in downtown Boulder. The evening prior to the wedding, the groom’s parents hosted a rehearsal dinner at the Red Lion Inn at Boulder Canyon. The morning after the wedding, Elizabeth’s aunt and uncle, Dr. and Mrs. Daniel Wurster of Williamsport, Pa., hosted a brunch at the Brasserie Ten Ten in Boulder for out of town guests.
The newlyweds honeymooned in Ireland, England, Greece, Israel, Jordan, Sri Lanka, India, Malaysia, Australia and Hawaii. They plan to make their home in Boulder, Colo.