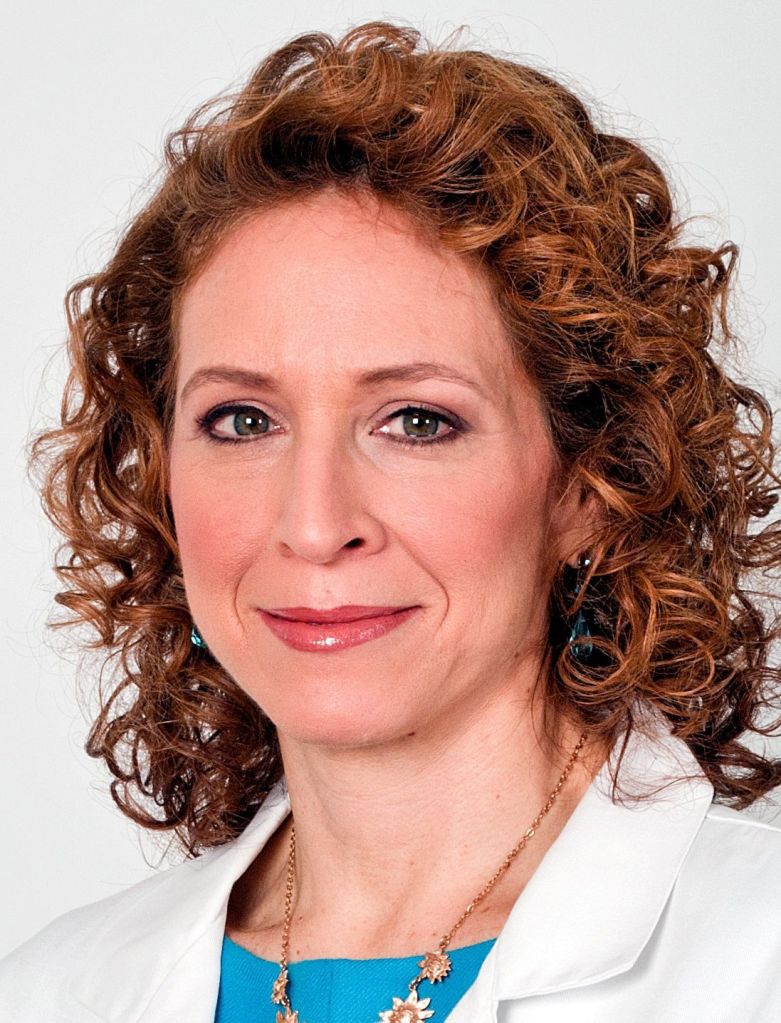 The founder and president of breastcancer.org spoke Friday about how breast cancer is linked to the environment, and how women — and men — can change behaviors to reduce their risk of developing breast cancer. Her presentation was sponsored by the Center for the Environment at Catawba College.
A breast cancer survivor herself, Dr. Marisa Weiss is the director of Breast Radiation Oncology and Breast Health Outreach at Lankenau Medical Center in Wynnewood, Pa.
When she began studying breast cancer 10 years ago, Weiss learned that breast cancer was an uncommon, and even rare, disease 50 to 100 years ago. Now, it is the most common type of cancer a woman will face. Weiss said studies show that BRCA1 and BRCA2 (breast cancer genes 1 and 2), considered to be the “breast cancer gene,” is extremely resistant to mutation and influence — meaning that the BRCA1 and 2 genes in women today are identical to those in women 100 years ago. Despite this, and despite the fact that other organs are exposed to the same environmental influences as breasts, 29 percent of all cancers start in the breast — the highest occurrence of any organ cancer.
“And I wanted to know why,” Weiss said.
The simplest way to explain it, Weiss said, is that, unlike other organs, the breast takes up to 10 years to develop during puberty. Until fully developed — which isn’t until a woman has carried a full-term pregnancy and breast-fed — it is extremely vulnerable to outside influences.
The incidence of breast cancer is expected to double in the next 30 years, Weiss explained. Her organization, breastcancer.org, seeks to explore and explain the interrelationship between the outside environment and the body’s inside environment. Only 10 percent of breast cancer incidence is linked to family history, she said. So where does the other 90 percent originate?
As it turns out, risk is directly related to lifestyle and other environmental influences. Armed with specific information about which behaviors increase their risk of breast cancer, women can “minimize the maximum risk,” Weiss said, and stop breast cancer before it ever starts.
“I believe that prevention is the best solution,” she said.
According to Weiss, there are a dozen lifestyle habits and environmental trends that increase the risk of breast cancer. Many are things that are beyond a woman’s control — like a longer life span, earlier occurrence of puberty and an increase in environmental pollutants. Many, however, can be controlled: weight, physical activity, smoking, high alcohol consumption, emotional stress, sleep deprivation, vitamin D deficiency, taking prescription hormones, the drop in breast feeding, and delaying or choosing not to become pregnant.
Weiss suggested that attendees control, limit or eliminate as many of these risk factors as possible, even if they don’t have a family history. She called it operating on the precautionary principle.
“It’s better to be safe than sorry,” she said.
Weiss advised women to get to a healthy weight and stick to it. Since 80 percent of weight management lies in diet, she encouraged a move towards a plant-based diet paired with regular exercise. Cutting back on meats — especially beef — and dairy, and going organic, fat- and hormone-free on those items is also important. To decrease exposure to environmental pollutants, Weiss suggested eating organic foods to eliminate pesticides and herbicides — some of which are hormone-active — and to avoid plastics, non-stick pans and Teflon.
Other important strategies include managing emotional stress; getting a good night’s sleep; taking breaks from or stopping hormonal birth control; being aware of your personal and family history; and, when you’re ready, considering an earlier pregnancy and breast feeding.
When at the doctor’s office, Weiss encouraged attendees to think critically. Instead of submitting to radiation-filled tests like CT scans and X-rays, patients should always ask themselves if such a test is necessary.
“Before I do anything, I ask myself, ‘Is this going to be helpful, harmful or harmless?’ ” she said.
Ask to be examined by a surgeon first, Weiss advised, and if imaging is necessary, ask if a gentler ultrasound would suffice. When getting dental X-rays, always make sure you are fully covered and have a thyroid guard. And don’t be scared of modern, digital mammography, Weiss said. Despite recent scares, radiation from digital mammography has a miniscule impact on breast cells. Mammography is important for detecting early stage breast cancer and saves lives.
And most importantly, Weiss said, vote.
“Every time you go to the register and buy a product, you are voting,” she said.
But it’s not just voting at the register; political votes are important, too. Weiss believes it will take a movement to help reduce the risks and incidence of breast cancer throughout the world. There hasn’t been a push focused on prevention, she told the audience. The “Race for a Cure” strategy is in an entirely different category.
“You really have to be sick to get a cure,” Weiss said.
She is focused on her patients and other women not getting sick at all. She encouraged the audience to share information and ideas, and to start the revolution for change with themselves. Lifestyle behaviors are contagious, Weiss said, particularly with children. To protect them we must protect ourselves and lead by example.
“Just remember to believe in yourself,” Weiss said, “You are setting an example.”