Collection of editor’s work shows how South has changed 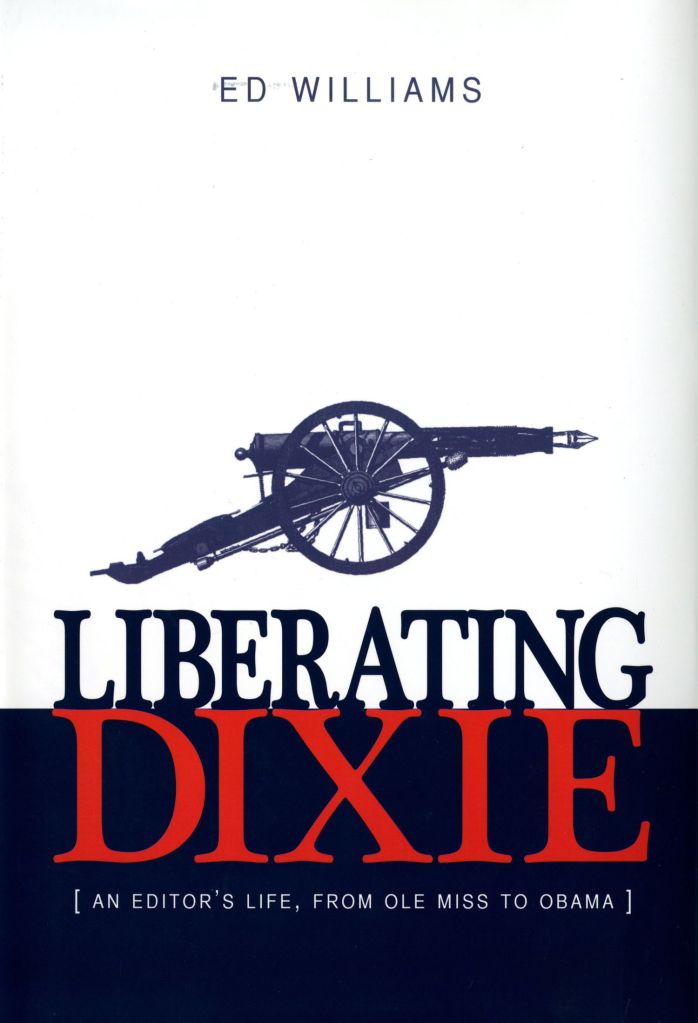 “Liberating Dixie: An Editor’s Life, From Ole Miss to Obama,” by Ed Williams. Lorimer Press, Davidson. 2014. 271 pp. $27.95.
Ed Williams, editorial page editor of The Charlotte Observer for 25 years, has done readers the great favor of collecting some of his best editorials and columns spanning decades of his working life, which began in Mississippi in 1967. He wound up at the Charlotte Observer for 35 years and was inducted into the N.C. Journalism Hall of Fame.
Williams, as you might infer, has seen and been in the midst of tremendous change over those decades, from the civil right era, through Jess Helms’ Senator No era to the election of the nation’s first black president.
And he has opined on all, with a distinctly liberal spin that earned him lots of hate mail and angry calls. In total, though, Williams was a man who sought the truth from every side of an issue and encouraged dialogue among dissenting parties. His correspondence with Jesse Helms is enlightening, to be sure. Helms, also a very intelligent, educated man, could zing a barb with flare. You were with him, or you were agin’ him.
Adding to this collection are cartoons from the Observer’s editorial cartoonists, Kevin Siers, who just won a Pulitzer, and the late Doug Marlette, who also won a Pulitzer. Cartoonist Gene Payne, who died in 2010, also won a Pulitzer, which all leads to the fact that Williams shared in two Pulitzers the Observer won for public service. The cartoons in the book are all apropos of Williams’ topics. It’s good to see some of them again.
And it’s uncommonly good to read Williams’ strong voice. He wrote with authority and confidence. He backed up his opinions with research and fair comment. He took plenty of heat over the years, yet the burns never made him shy. Williams feels … maybe passionately is not the exact word … Williams has the courage of his convictions.
He says in his acknowledgements “The liberation of Dixie from the burdens of hits past is a work in progress, of course, but I am amazed at the changes I’ve seen during my half-century of analyzing, praising and prodding the South.”
He says we have moved beyond what he imagined possible in “social justice, economic and education opportunity and intellectual and artistic freedom.”
Indeed, the pieces here show that, particularly in the section “Rights.” It starts with an editorial titled “Only Whites Think Racism is Dead” from 1989. It’s about black teens from a Methodist camp who were turned away from a Saluda, S.C., Jaycees pool, while the white children were allowed. In 1994, Williams addresses the use of the “N” word in the South. The “Rights” section includes editorials on the death penalty, and an article that appeared in Creative Loafing on April 24, 2012, about Amendment One, which banned gay marriage.
He writes of gun violence in 1993, and the Virginia Tech killings in 2007, making an important point in 1993: “… our society needs to combat violence in some ways that have nothing to do with gun ownership.” And in 2007, he ended his column on guns on college campuses this way: “So I stand by my earlier assertion: Having more guns on college campuses wouldn’t make them safer — just the opposite.”
Nor was he afraid to talk about religion. from Jim and Tammy Bakker’s downfall to Franklin Graham’s assault on Islam. He shows tender moments in his columns about family, his family specifically, and he is a staunch supporter of better education in North Carolina.
These pieces all have dates, but few are dated — the issues remain timely, and “Liberating Dixie” is as much history lesson as memoir of Williams’ career. Wonderfully, the book is indexed, and that index is full of names in the news, names that made history, and names only vaguely familiar.
Cheers to Davidson’s Lorimer Press for making this happen and for making Williams’ voice heard again.
Ed Williams will be at Literary Bookpost & Just The Thing on Friday, May 2, 5:30-7:30 p.m. to sign “Liberating Dixie.”

On Saturday, May 3, 1-3 p.m., Cathy Ann Zalenski will be at the store at 110 S. Main St. to sign her novel “Fatal Choices.” Torn from today’s headlines, this novel describes fraud and corruption in the immigration system, painting a harsh reality that many immigrants must overcome or surrender to attain the American dream.