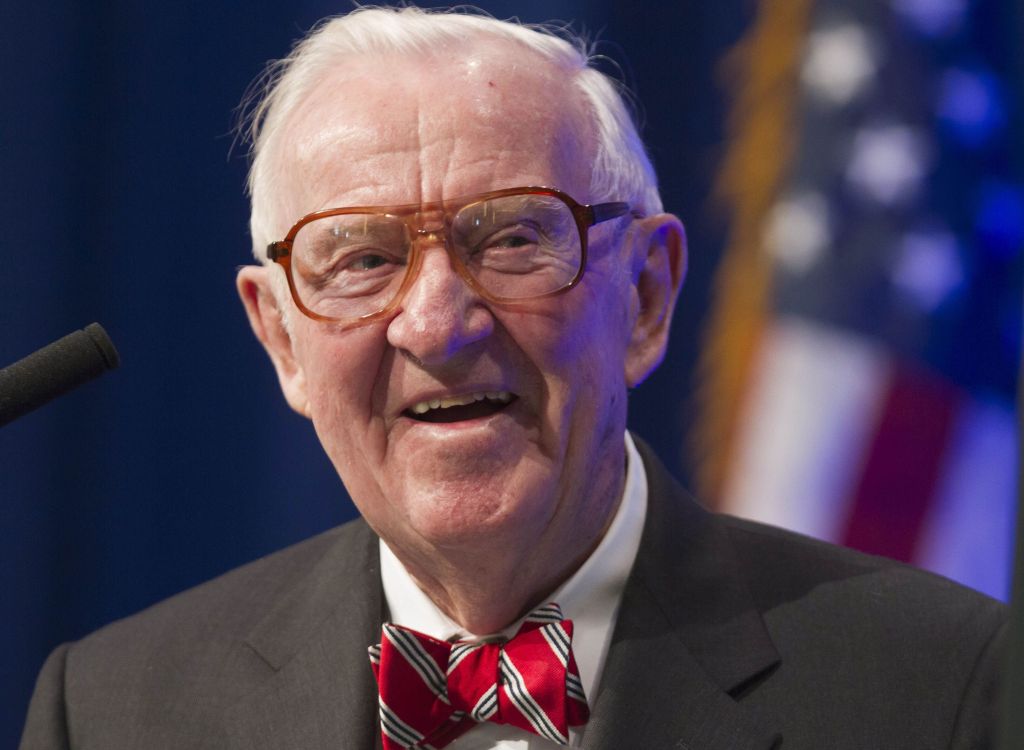 Honestly, unless you are a big government liberal, how many people think the federal government should have more power than it already exercises over its citizens?
Former Supreme Court Justice John Paul Stevens, 94, thinks the Constitution needs at least six amendments in order to bring the country more in line with what he believes is good for us. He outlines them in his new book, “Six Amendments: How and Why We Should Change the Constitution.” It is a revealing look into liberal thinking and the ideological opposite of radio talk show host Mark Levin’s book, “The Liberty Amendments: Restoring the American Republic.” More about that in a moment.
Stevens elaborated on his book in an interview with USA Today.
One of his priorities would be to change the Second Amendment. As he writes in his book, “… the Second Amendment, which was adopted to protect the states from federal interference with their power to ensure that their militias were “well regulated,” has given federal judges the ultimate power to determine the validity of state regulations of both civilian and militia-related uses of arms. That anomalous result can be avoided by adding five words to the text of the Second Amendment to make it unambiguously conform to the original intent of its draftsmen. As so amended, it would read:
‘A well regulated Militia, being necessary to the security of a free State, the right of the people to keep and bear Arms WHEN SERVING IN THE MILITIA shall not be infringed.’ ”
I doubt Stevens’ update would get much traction in Congress.
The Second Amendment was written and ratified precisely because the Founders had personal experience with how a tyrannical government can restrict, even eliminate, liberty if its citizens are not armed for their own and liberty’s defense.
Stevens’ second proposal would change the Eighth Amendment’s prohibition against cruel and unusual punishment to include the death penalty, which he has long opposed. The chances of that passing Congress are about the same as his first proposal.
He thinks the First Amendment’s free speech clause does not prohibit government from restricting the amount of money spent on political campaigns, contrary to recent majority opinions by the current Supreme Court.
In the Court’s 1992 verdict on Planned Parenthood vs. Casey, Stevens wrote, “The social costs of overruling (Roe) at this late date would be enormous. Roe is an integral part of a correct understanding of both the concept of liberty and the basic equality of men and women.” “Social costs” was an argument used to oppose British slave traders and Southern emancipation. Only the morally obtuse would argue that the slaughter of 55 million American babies (and counting) would somehow fit the Founders’ understanding of liberty and equality.
Stevens’ moral compass is out of whack when he favors preserving the lives of convicted murderers, but no protection for the unborn, even after viability up to the moment of birth.
Mark Levin’s book is far more in line with the Founders’ thinking than is Stevens’ approach to the Constitution. Unlike the Founders, Stevens apparently has never seen an area where government should not stick its nose.
Levin wants to place the federal government back within its constitutional boundaries by using a provision in Article 5 that allows two-thirds of state legislatures to call a constitutional convention. His proposal would strictly limit what delegates could do so as to avoid a runaway convention that could damage the Constitution. Levin believes a state-called constitutional convention is the only way to stop the “blob” of the federal government, which, like a B-movie monster, continues to “eat” away at our freedoms and at ever-increasing costs.
Most of Levin’s proposed reform amendments return decision-making authority, in key respects, to the state legislatures, limit the power of the Washington ruling class through term limits and state overrides and breathe new life into free-market capitalism and private property rights. This is what we need.
Not more of Stevens’ liberal thinking, which unfortunately, his successor, Elena Kagan, seems to replicate. It is another reminder, if one is needed, that elections matter. This November, the balance of power on the Court, the future of the Constitution and possibly the country may be at stake.
Cal Thomas’ latest book, “What Works: Common Sense Solutions for a Stronger America” is available in bookstores now. Readers may email Thomas at tcaeditors@tribune.com.