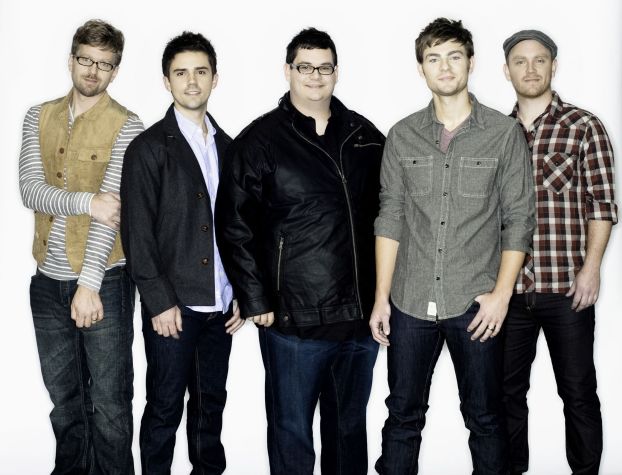 Sidewalk Prophets, a well-known contemporary Christian music band, recently added a new date to their Live Like That tour; they’ll be appearing at Catawba College at 7 p.m. on May 2. Catawba will sponsor the event in Goodman Gymnasium on campus where it recently hosted the Harlem Globetrotters. Opening the night will be special guests City Harbor and About A Mile.
Sidewalk Prophets is from Nashville, Tenn. Their album, “These Simple Truths,” contained the single “The Words I Would Say,” which is featured on WOW Hits 2010 and WOW Hits 2011. Their song, “You Love Me Anyway,” was the band’s first #1 song on the Billboard Christian Singles chart.
The band began in 2003 in Anderson, Ind., when lead singer David Frey and rhythm guitarist Ben McDonald met in college. The duo recorded a demo that was entered on their behalf into a recording contest, unbeknownst to them. The opportunity allowed them to eventually tour with artists like Audio Adrenaline and Jeremy Camp. That tour introduced them to their current record company, World Records.
City Harbor consists of Molly Reed and Robby Earle who will be featuring their self-titled debut album that was released on Feb. 4. The album is full of songs that take on real-life issues and was inspired by Matthew 11:28: “Come to Me all who are weary, and I will give you rest.” Reed has worked as a songwriter, crafting tunes for artists such as Amy Grant and Francesca Battistelli. Earle, who got his start in the church, also has worked as a songwriter and a singer before he crossed paths with Reed.
About A Mile consists of brothers Adam, Levi and Luke, from the blue collar town of Pittsburgh, Pa., who mix their rock-sensibilities with rollicking hooks and thought-provoking lyrics to present a uniquely impactful collection of songs. After recording with Grammy Award winner Howard Benson and renowned Grammy-nominated and Dove Award-winning producer and songwriter Ian Eskelin this fall, the band released its first single, “Satisfied,” this March and plans to release their debut self-titled album in July.
Catawba’s Goodman Gymnasium will undergo a minor makeover for the night of May 2. The space will feature bleacher seating for 2,500 general admission tickets. Floor seating will be added in front of these bleachers and facing the main stage to provide 450 additional seats.
Tickets are $16 general admission and $25 for floor seating. A general admission group rate will also be offered for $12 per person for groups consisting of 10 or more people. Children 2 and under will not be required to have tickets, but will need to sit on their parent’s lap. Tickets can be purchased through the Catawba Athletics Office at 704-637-4474.
Group rate sales must go through David McDowell at 704-637-4720 or dmcdowel@catawba.edu

SALISBURY — If you take a drive through Mount Ulla you can’t help but notice the vast variety of farms... read more