Teen ‘drug kingpin’ back in jail 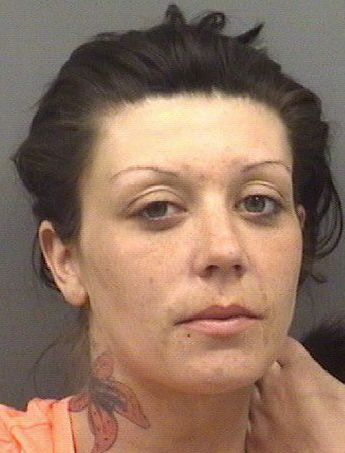 A teen previously held under a $1 million bond for drug trafficking charges is back behind bars, this time under a $2.5 million bond.
Brandon Lee Rumple, 19, along with girlfriend, Tasha Nicole Simpson, 25, both of the 3200 block of Patterson Road, were arrested Wednesday by the Rowan County Sheriff’s Office. Rumple was just arrested four weeks ago after he skipped a court date in Cabarrus County to face charges of trafficking heroin.
The teen has other pending court cases in Rowan County including an Oct. 1 charge for hiding drugs in his rectum after his probation was revoked.
The Rowan County Sheriff’s Office Special Investigations Unit (SIU) and the Aggressive Criminal Enforcement Unit (ACE) received information Rumple was making frequent trips to an area of Charlotte, known as a distribution point for heroin. Upon Rumple’s return Wednesday, deputies established surveillance around the Patterson Road home. Investigators spotted a Honda where Rumple was the passenger in the car and it was driven by his girlfriend Tasha Simpson.
The two realized they were under surveillance and took off, officials say violating multiple traffic laws in the process.
Rumple was charged with possession with intent to manufacture, sell or deliver MDMA (ecstasy); resist, delay and obstruct a public officer; alter and destroy evidence, and possession of drug paraphernalia.
Tasha Simpson was charged with two counts trafficking heroin; possession with intent to manufacture, sell or deliver heroin; fleeing and attempting to elude law enforcement, and possession of drug paraphernalia. Simpson was issued a $250,000 secured bond and has since been released from the Rowan County jail.
While trying to stop the car, Rumple was seen dumping a powder substance out of the window along with a plastic bag.
Simpson drove to the 500 block of Carter Street where Rumple got out and tossed a bag to his father, Christopher Todd Rumple, who had come from the residence.
Officials say Todd Rumple ran inside the house and shut the door. He later admitted to deputies that he flushed the bag down the toilet.
Deputies were able to recover some of the powder from Brandon Rumple’s face, clothing and the passenger side of the vehicle. Additionally, deputies located a torn plastic bag on Earl Street that still contained approximately two grams of a tan powder, which tested positive for MDMA, a Schedule I controlled substance.
Investigators found $1,200 in the vehicle. In a search, during the arrest of Simpson, deputies located 12 grams of black tar heroin, located in her crotch area.
Investigators say Simpson is more than eight months pregnant. Investigators expect additional charges.
Rumple has a number of pending drug-related cases in Rowan County one of which was a charge from an October 2012 incident where officials arrested Rumple at the Rowan Recycling Center. Officials say he attempted to get rid of 6.7 grams of heroin in a portable toilet at the recycling center. Deputies received information of a drug sale that involved someone matching his description. During that incident, deputies seized methadone and cash from Rumple.
Dubbed, the “drug kingpin of Enochville” by one law enforcement officer, Rumple has not had a scheduled court hearing regarding these prior drug charges.
Most recently he was convicted in January 2012 in Cabarrus County of delivering and selling a schedule I controlled substance and possession with the intent to sell and deliver a counterfeit controlled substance.
He was released from prison in January 2014.
Contact reporter Shavonne Potts at 704-797-4253.