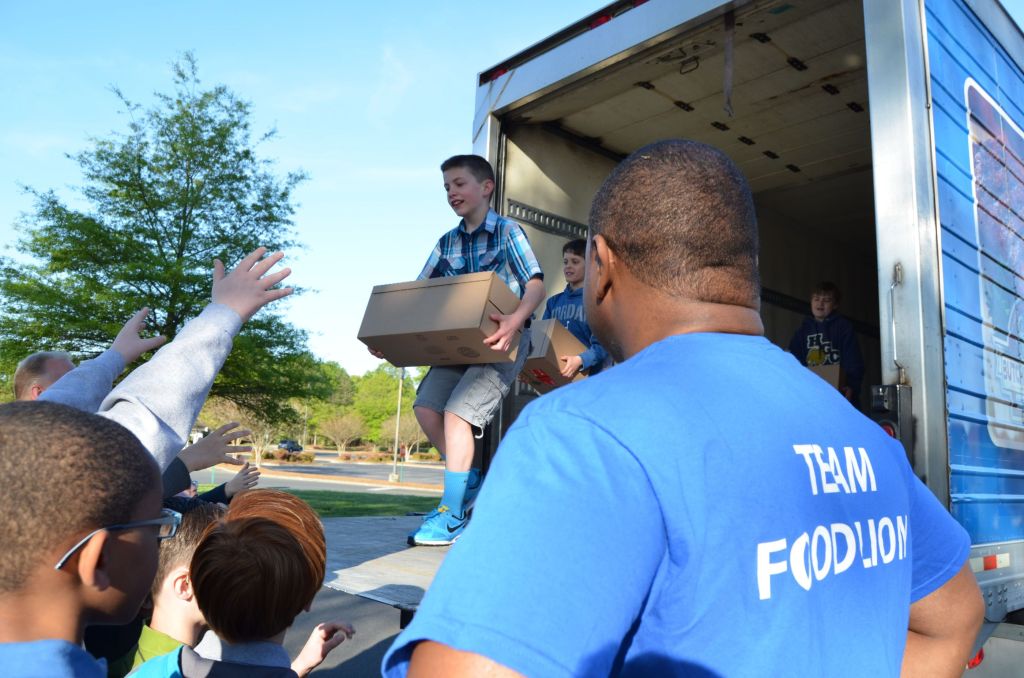 SALISBURY — A Charlotte fifth-grader learned the power of the pen when his letter prompted the Food Lion president to deliver a truckload of food to the pantry at his school.
When he was challenged with a language arts assignment called “Writing to Make a Difference,” Jackson Denbroeder, a fifth-grader at Hickory Grove Christian School, sent a letter to Food Lion requesting the donation. Food Lion is based in Salisbury.
Food Lion President Beth Newlands Campbell said she wanted to show Denbroeder that one person can make a difference in the community.
Denbroeder’s class, along with his family, watched the truck pull up Thursday morning and helped unload a roughly 10,000-item donation to the pantry at Hickory Grove Baptist Church Latin Campus, 6050 Hickory Grove Road, which feeds about 75 families a week.
Newlands Campbell and other Food Lion employees helped unload the donated items, which will feed hundreds of families.