Teen takes a detour, winds up in jail 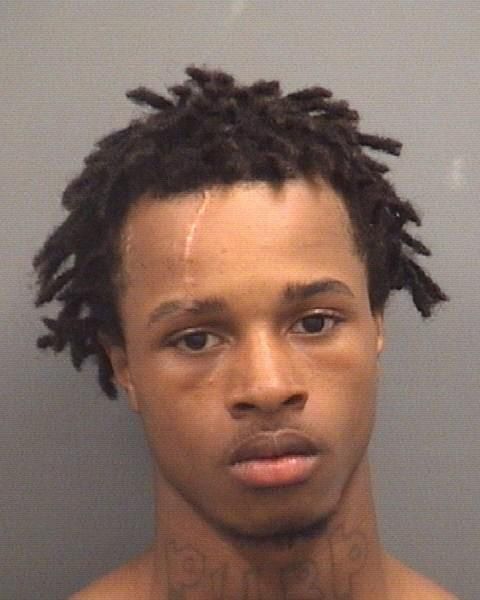 A Salisbury teen was charged after he tried to avoid police while walking down the street, which alerted officers there was more to his detour.
Deante Corey Baker., 17, of the 100 block of East Horah Street, is charged with misdemeanor, resist, obstruct, delay an officer.
Officers were patrolling Wednesday around 7 p.m. near Bank and Lloyd streets when they spotted four young four young men who had been walking suddenly stop, a Salisbury Police Department report said.
One of the teens, later identified as Deante Baker, walked away from the group. He threw something away near a trash can and rejoined the group. A short time later he separated himself from the group. When the officers asked the teens to come over to them, Baker took off running behind houses.
Police chased the teen about three blocks and found him inside a West Horah Street apartment. Police were met at the door by Edward Cathcart, the son of the renter, Phyllis Worth. Cathcart told police there was no one else inside, but officers could hear noise from inside.
Four men came outside along with Cathcart, who maintained he had not seen the teen. Baker was inside the house attempting to exit through a rear window when he was met by another officer, the report said.
Officers contacted Phyllis Worth, who gave them consent to search the home. During the search, police found two large bags of marijuana, one weighing 19.8 grams and the other 15.3 grams. Police also found a marijuana grinder, digital scales and plastic bags.
Officers also found a handgun on a cabinet in a television stand. The gun, a Ruger .38 revolver, was reported stolen March 27 from a Hampshire Drive home. The owner told police his unlocked car was ransacked and his handgun stolen from a center console.
Baker issued a $1,500 secured bond and remains in the Rowan County jail. Police officials said they did not charge anyone because officers couldn’t determine to whom the drugs may have belonged.