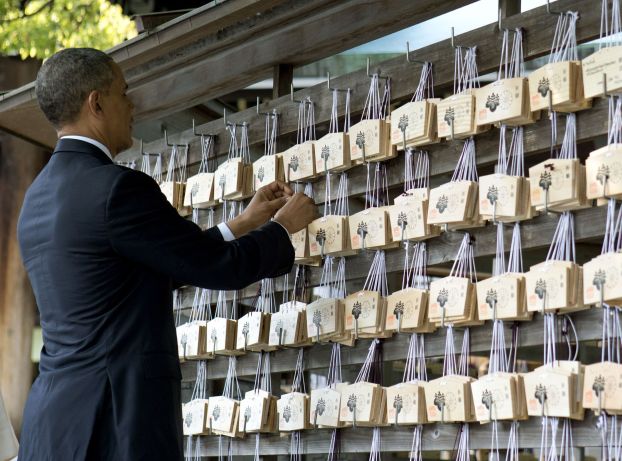 Your daily look at late-breaking news, upcoming events and the stories that will be talked about today:
1. OBAMA TO PUTIN: MORE SANCTIONS `TEED UP’

The president accuses Russia of failing to meet its commitments toward easing the crisis in Ukraine.

2. HOW THE FDA WANTS TO REGULATE E-CIGARETTES

The government wants to ban the sale of the popular tobacco devices to minors and require health warning labels on their packaging.

The federal agency will propose new rules allowing content companies to pay Internet service providers for faster delivery of videos and other content to people’s homes.

4. WHAT VERMONT IS FIRST TO DO

The campus is dotted with photos of lost teachers and pupils in the accident that killed 159 people so far.

Witnesses tell the AP of dozens of cases of choking, fainting and other ills from inhaling fumes from hand grenades and helicopter-dropped "barrel bombs."

Critics of the government’s efforts to secure the sergeant’s freedom say bureaucratic confusion is stalling a deal with his captors.

Investors are shying away from risk and sticking to havens such as utilities, Treasurys, and gold.

Wranglers have been investing in bigger horses to accommodate the bigger tourists wanting to ride and get closer to the West that was.