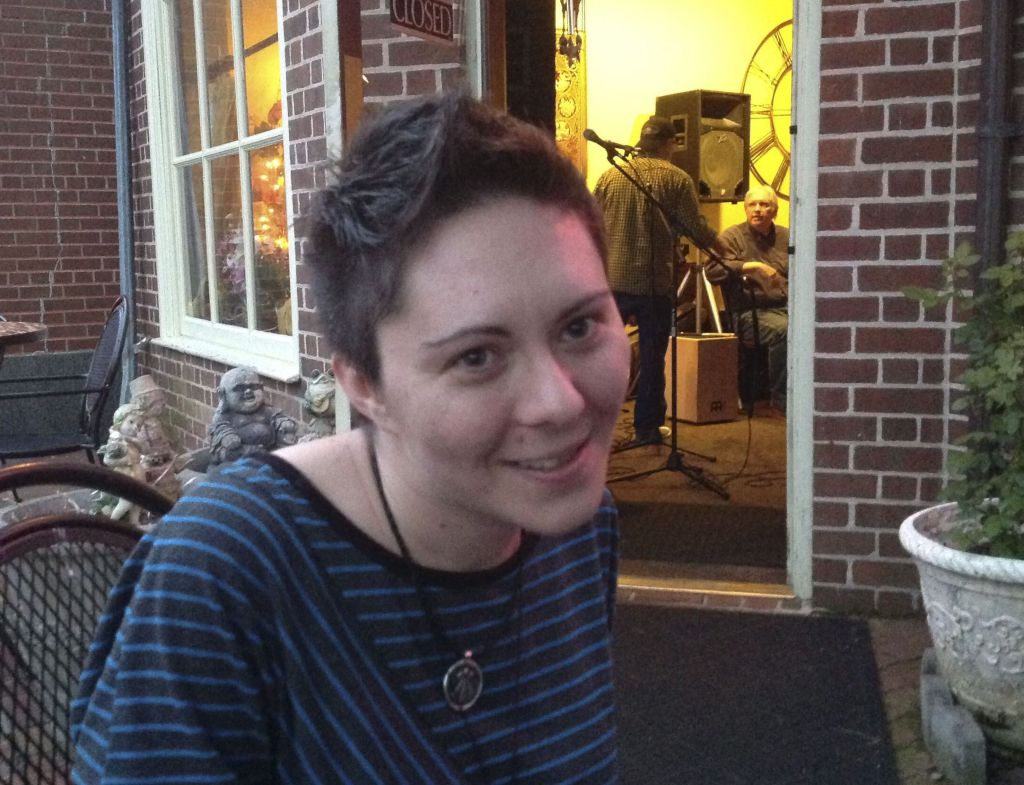 The sidewalk festival along West Avenue will feature live music, dancing, art demonstrations and poetry readings, as well as vendors of art and handmade crafts.

A special guest will also appear for this year’s opening event.

Actor John Voldstad — known for his role as the “other brother Darryl” in 90 episodes of TV’s “Newhart” — will be on hand Saturday.

Others may know Voldstad from his role in the 1981 film “Stripes,” with Bill Murray, Harold Ramis and John Larroquette.

In a phone interview, Voldstad said his primary purpose is to help his son, Christiaan Voldstad, gain exposure for his drawings and paintings,

Christiaan, 22, “does a little bit of everything” — from paintings to drawings, with a variety of subjects including fictional characters and nature scenes, John Voldstad said.

Both father and son will use the opportunity to meet the public and get some exposure, Voldstad said.

For TV and movie fans who come out, “I’ll definitely take some photos,” Voldstad said. He also hopes to have autograph photos for sale.

Festivals of this sort are fun opportunities, he said. “For one thing, I love meeting people,” Voldstad said — not only fans of TV and movies, but fans of art who enjoy sharing their talents and creativity.

Kaleidoscope will return to downtown Kannapolis for three more Saturday afternoon festivals — May 31, September 27 and October 25.

Knox said this year’s Kaleidoscope events will continue to be free for artists and exhibitors.

“Because we don’t charge, artists take a chance with our festival,” Knox said. “And we have a lot of people thank us for the opportunity.”

So far, Knox said, artists from Boone, Greensboro and Raleigh have announced plans to attend.

Also, Knox said, so many musicians have volunteered to perform that all of the available slots are booked.

In response to feedback following last year’s events, Knox said there will be additional stages for live entertainment.

Local band Eclectic and musician David Domingo are among those slated to perform.

Trip Burnett, a juggling clown, will also be downtown to entertain families.

For Shane Manier, a Kannapolis resident and member of Guerrilla Poets, the festival will be a chance to share her love of art and painting.

She and two other poets will be on hand. “There’ll be art, poetry and books for sale,” Manier said.

Guerrilla Poets hopes to gain exposure from events like Kaleidoscope, Manier said. Her group’s focus on uplifting poetry includes a plan to one day produce a volume of poetry for incarcerated juveniles, she said.

“Kaleidoscope is a great way to connect in my community … and let people know we’re here to help out,” Manier said.

Empty storefronts will host a rotating selection of works by local artists and craftspeople, Knox said.

Not only will visitors see a selection of art works, Knox said, but artists’ contact information will be included so those pieces can be purchased.

It’s a part of the festival’s overall goal, Knox said: “It connects all the different artists. There are so many cool people, doing cool things, who aren’t aware of each other.”

“Plus, it just brings art and culture to downtown Kannapolis,” Knox said.

“There are a lot of young people in downtown Kannapolis who don’t really see anything being done for them.”

Plans are in the works for an artists’ reception in October for those who have participated in the opening months of the downtown art exhibition, he said.

“The big thing for me has been how much community support we get for this,” Knox said.

“They love the passion, and they love seeing things they weren’t even aware were in Cabarrus county.”