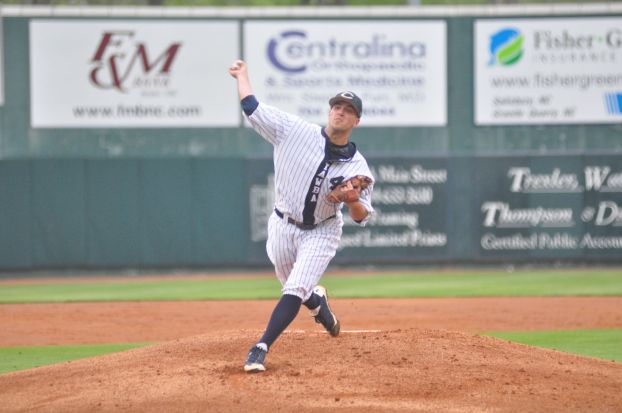 SALISBURY — Julio Zubillaga wasn’t faced with a tough choice after he graduated from Carson High School.
It was Catawba — or Catawba. He had just one offer to extend his baseball career.
“Catawba gave me a shot when no one else wanted me,” Zubillaga said. “I’m so glad I got an opportunity because some great things happened to me here. I extend my thanks to Coach (Jim) Gantt.”
The pleasure has been mostly Gantt’s. He’s had the luxury of sending Zubillaga out to second base and putting his name on the lineup card somewhere for a long time. Tuesday’s Senior Night was the 205th game Zubillaga has played for the Indians, and it was his final one at Newman Park.
“This was a fun time, but it was also a sad time,” Zubillaga said.
Zubillaga doubled and scored three times as Catawba outslugged Belmont Abbey 17-9 in a wild one.
That double was Zubillaga’s 213th career hit. That’s not going to put him in the record books — David Thomas had an amazing 344 — but it’s lot more than anyone expected.
Zubillaga, Cuban-born and Rowan-raised, has scored 131 runs in his career and also has driven in 131. Defensively, he’s been an annual Silver Glove winner. He’s made 25 errors in four years.
“We knew he could play defense when he came in, and he’s been as good turning the double play as anyone we’ve ever had here,” Gantt said. “But we never expected the offense. That’s been a bonus.”
Pitcher John J. Tuttle came in with Zubillaga, and the former A.L. Brown star has produced a 27-12 career record, including this season’s 6-2. He got the Senior Night start.
“It was emotional because a lot of us have stayed together so long,” said Tuttle, who exited with a 5-3 lead in the third inning.
Tuttle’s ERA has soared this year, and he gave up a homer to Belmont Abbey’s Kayden Krause. But he feels good, his teammates believe in him, and he’s going to be critical in the postseason.
“I’ve been challenging guys inside and throwing good pitches,” Tuttle said. “Just bad breaks here and there. Balls keep finding holes.”
Belmont Abbey (17-28) banged out 11 hits, but Catawba countered with 21. Seniors Paul Kronenfeld (3-for-6, four RBIs), Keaton Hawks (3-for-5) and Jon Wallace (3-for-4) had huge Newman farewells.
Blake Houston and Craig Brooks, both juniors, drove in three runs apiece.
The Indian who did the most for his future was Joe Watson, a Davie product who relieved and fired 46 pitches in two exciting innings. Watson walked three and fanned four and had a party of scouts buzzing over his mid-90s fastballs.
Catawba’s non-stop offense, which also included two hits each from T.J. Wharton and Cameron Beard, was impressive. The Indians scored 10 runs in three innings against BA’s lefty starter Cody Stull.
“That was their ace,” Tuttle said. “We’re really swinging the bats right now, and winning this game was important. It means momentum going into the tournament.”
The SAC tourney starts Thursday in Forest City. Tuttle will pitch Game 2 Friday, with Brooks and Shaefer Shepard, who both have been stellar, ready for games 1 and 3 in the double-elimination affair.
The Indians will enter the tournament with closely shaven heads — their contribution to the cancer fight.
“Five ladies from Great Clips cut our hair Saturday,” Tuttle explained with a laugh. “They did a great job, but now I can’t tell my teammates apart.”
Tuttle does know which teammate will be at second base Thursday. The same one who’s always there.
Zubillaga.
“Zubi is a no-nonsense gamer, he’s an unbelievably intelligent person, and he’s just got all his stuff together,” Gantt said. “He’s going to be a tremendous success in whatever he does.”