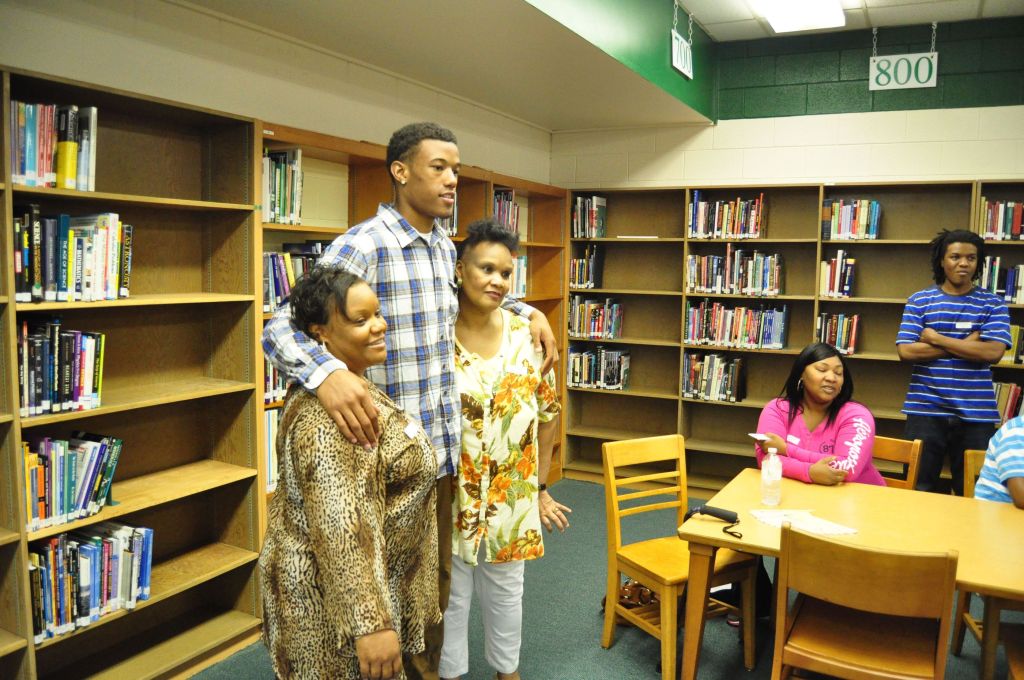 SPENCER — North Rowan assistant basketball coach Tim Bates had a pet name for crunch-time in all those cliff-hangers the Cavaliers survived as they advanced through the 2A West bracket to the 2A state championship game.
“Tatum Time, I called it,” Bates said, referring to North Rowan senior Kenyon Tatum, who had a nose for the ball and a passion for the critical stickback. “You knew Kenyon was going to make a play when we needed it most.”
North’s season highlight film will show there were plenty of Tatum Times.
Tatum accounted for the rebound bucket that saved North in the third round at Shelby. He produced the putback that gave the Cavaliers a chance to rally in the Western Regional semifinal against East Rutherford. When Smoky Mountain missed late in the regional final in a two-point game, Tatum was the guy who bounded high for the clinching rebound.
Not many guys who average 7.7 points per game make all-county, but Tatum, with all those clutch moments to his credit, wasn’t a hard pick. He also had a mind-blowing CCC championship game at Lexington, in which he personally threw the Yellow Jackets out of their gym. He may have set CCC records for dunks and rebounds that night.
Tatum is 6-foot-4, he’s strong, he’s intimidating between the lines, and he can run and jump with anyone. He could’ve been a college athlete in track or football, but he signed recently with Catawba Valley Community College’s basketball program.
“It’s the sport I love the most, so it’s all worked out for me,” Tatum said.
If you don’t follow Davie County sports, Tatum probably came out of nowhere at you this school year, but he’s a special athlete.
His first dunk?
“For Ellis Middle School,” Tatum said with a smile. “Seventh grade.”
He played three years at Davie High. As a freshman, he made the varsity basketball team, and that was the Shannon Dillard/Nate Jones team. Tatum’s talented class also included twins Cody and Caleb Martin, who will play at N.C. State next season.
With that many teammates who could put the ball in the hole, Tatum realized his job was to rebound and defend and he was the perfect role player for coach Mike Absher.
Davie went 19-6, 23-7 and 21-6 during Tatum’s time in Mocksville and reached the 4A regional final in 2012, where the War Eagles battled West Charlotte and UNC-bound Kennedy Meeks. Tatum, who averaged 7-8 points and quietly did the blue-collar work, was no small part of all that success.
The phone call came late last summer. North football coach Joe Nixon was calling. North basketball coach Andrew Mitchell answered.
“Joe told me that I’d never guess who just showed up here,” Mitchell said. “When he told me Kenyon Tatum was down at the football field, I jumped right off the couch and went to football practice to see him. I knew what he could mean, to our football team and to our basketball program.”
Tatum had been an elementary school buddy of a lot of North’s athletes, and he’d come home for his senior year.
As a junior, Tatum had helped bury the Cavaliers when Davie rolled North 71-46 in the Sam Moir Christmas Classic final, but they welcomed him back with open arms. Like Mitchell, they knew what he could do.
He was an impact player for North football as a cornerback — yes, a 6-4 cornerback. He had a pick against East Rowan opening night, a fumble return TD against Carson, and a huge fumble recovery at Statesville.
In track, he’s been a greyhound in the relays and he’s one of the best high jumpers in 2A.
In basketball, well, you know about basketball. North had talented scorers in Michael Connor, Jalen Sanders and Michael Bowman, so Tatum performed the same act he’d learned at Davie. He ripped the ball off the glass, he blocked shots, he defended, and the wins and banners piled up.
“He was the perfect fit for our team,” Mitchell said. “He gave us exactly what we needed,”
Tatum isn’t a polished offensive player, but the things you can’t teach he already has and the things that can be coached he has the work ethic to learn.
After he makes the short trip to Hickory, he’s going to help Catawba Valley’s Red Hawks, who have also signed West Rowan’s Seth Martin, win a lot of basketball games.
“I’m looking forward to it,” Tatum said. “I’ll be working on my ballhandling and my shooting at CVCC and on defending away from the basket.”
There’s reason to believe that as his skills develop, Tatum will be able to move on from CVCC to play two seasons for a four-year school and earn a degree. It’s not hard to envision him as a hard-working forward in the SAC or CIAA.
“He’s a great individual,” Mitchell said. “He’s quiet, but he plays his heart out for his teammates. I just wish we’d had him for four years.”