Defendant dies after being shot by U.S. marshal at federal courthouse 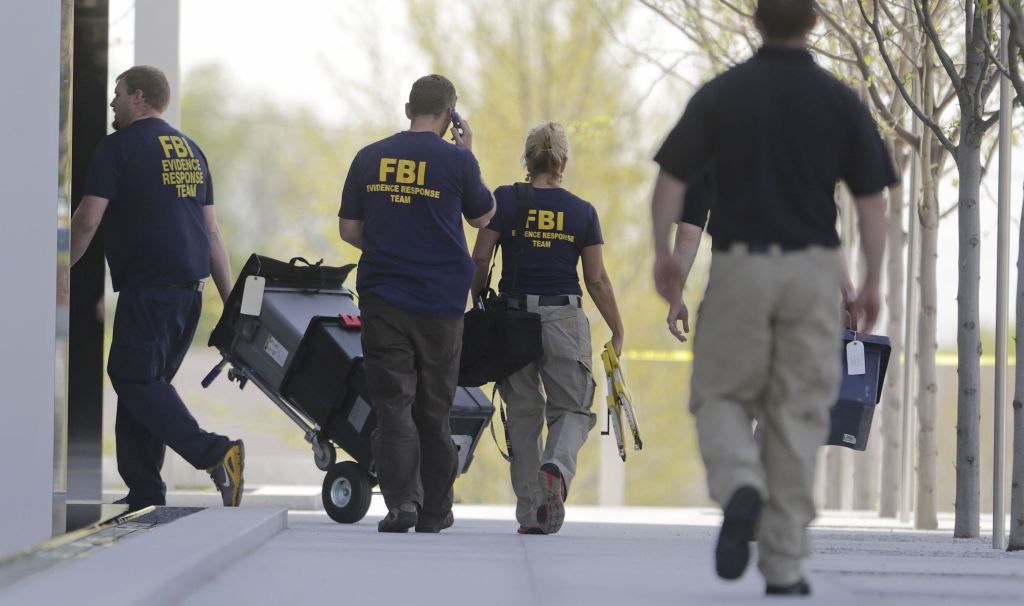 SALT LAKE CITY (AP) — Defendant Siale Angilau was listening to a witness describe gang initiation rituals on Monday when authorities said he grabbed a pen, rushed toward the witness and lunged at him.
A U.S. marshal opened fire on Angilau — a 25-year-old “Tongan Crip” gang member known on the street as “C-Down” — shooting him several times in front of shocked jurors, lawyers and courtroom watchers. He died hours later.
The shooting turned a new and secure federal courthouse that opened its doors just one week ago into a site of terror and alarm. Nobody else was hurt, but those in the courtroom were stunned by the sudden turn of events. A mistrial was declared, with U.S. District Judge Tena Campbell saying in her order that jurors were visibly shaken and upset.
“It was kind of traumatizing,” said Sara Jacobson, who was in the courtroom to support her grandmother who was scheduled to testify in Angilau’s trial.
Her father, Perry Cardwell, was with her and said Angilau was shot at least six times as he attacked the witness, who collapsed to the ground. As he recounted the scene, Cardwell said he remembers hearing somebody yell to get down.
The witness, who was not injured, appeared to be in his mid-20s and was testifying about gang initiation, Cardwell said. The person was not identified.
Angilau was shot in the chest and died at a hospital, the FBI said in a news release. Under standard procedures, Angilau was not restrained in the courtroom, the FBI said.
He was shot after acting in “an aggressive and threatening manner,” the agency said.
Angilau was one of 17 people named in a 29-count racketeering indictment filed in 2010 accusing gang members of assault, conspiracy, robbery and weapons offenses.
Prosecutors said Angilau and his fellow gang members robbed convenience stores and assaulted clerks in Salt Lake City on five occasions from 2002 to 2007. A clerk was shot in the final robbery, according to the indictment.
Angilau was accused of assault on a federal officer with a weapon and discharging a firearm during a crime of violence on Aug. 11, 2007.
Angilau was the last defendant in the case to stand trial, U.S. attorney’s office spokeswoman Melodie Rydalch said.
Angilau’s attorney, Michael Langford, declined to take questions as he left the courthouse.
Prosecutors say Angilau was a member of the Tongan Crips, a group of men of mostly-Tongan descent that are aligned with larger Crip culture in the western U.S. They have rivalries with “Blood” gangs and a gang of ex-members known as the “Tongan Crip Regulators,” court records show.
Angilau was in Utah state prison from September 2007 until he was handed over to U.S. marshals on Friday, said Utah Department of Corrections spokeswoman Brooke Adams.
He was arrested in August 2007 for a probation violation and pleaded guilty a year later to obstruction of justice and failure to respond to a command of a police officer, court records show.
As a precautionary measure, state corrections officials ordered a lockdown and suspended visitations at the state prison in Draper and a prison in Gunnison.
Angilau’s trial in the robbery case was among the first at the new $185 million federal courthouse in downtown Salt Lake City next door to a century-old federal courthouse. The towering building is designed to withstand blasts and also contains bulletproof glass in some areas.
The security measures include separate routes in and out for judges, prisoners and the public. In the old courthouse, they all used the same hallways.
The courthouse was temporarily closed after the shooting and later reopened.
——
Associated Press writer Ken Ritter in Las Vegas contributed to this report.