Yesterday: In 1938, local men model hats that ‘bring magic to your appearance’ 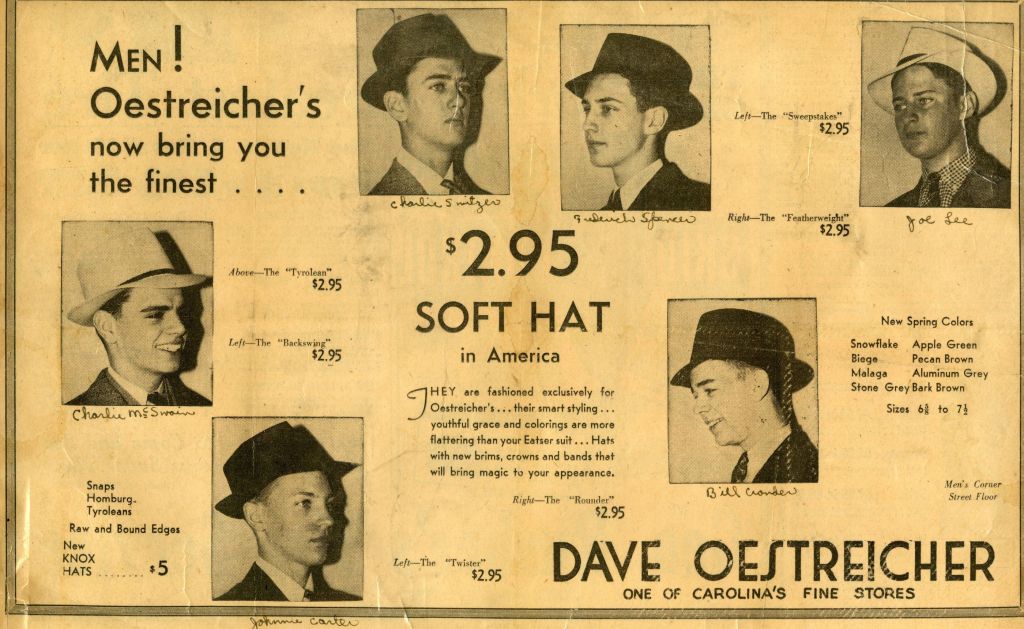 Mary ‘Missy’ Spencer brought in this old newspaper advertisement from the Post in which Oestreicher’s in Salisbury was offering ‘the finest soft hat in America.’ The various styles were selling for $2.95 each and promised, according to the store ad, to ‘bring magic to your appearance.’ Local men served as models for the advertisement. From left, going clockwise, the men were Charlie McSwain, Charlie Switzer, Frederick Spencer, Joe Lee, Bill Crowder and Johnnie Carter. Spencer was Mary’s father-in-law. There is no date on the advertisement, but news copy on the other side included a story saying actor Humphrey Bogart was in the midst of filming ‘Crime School, which came out in 1938.