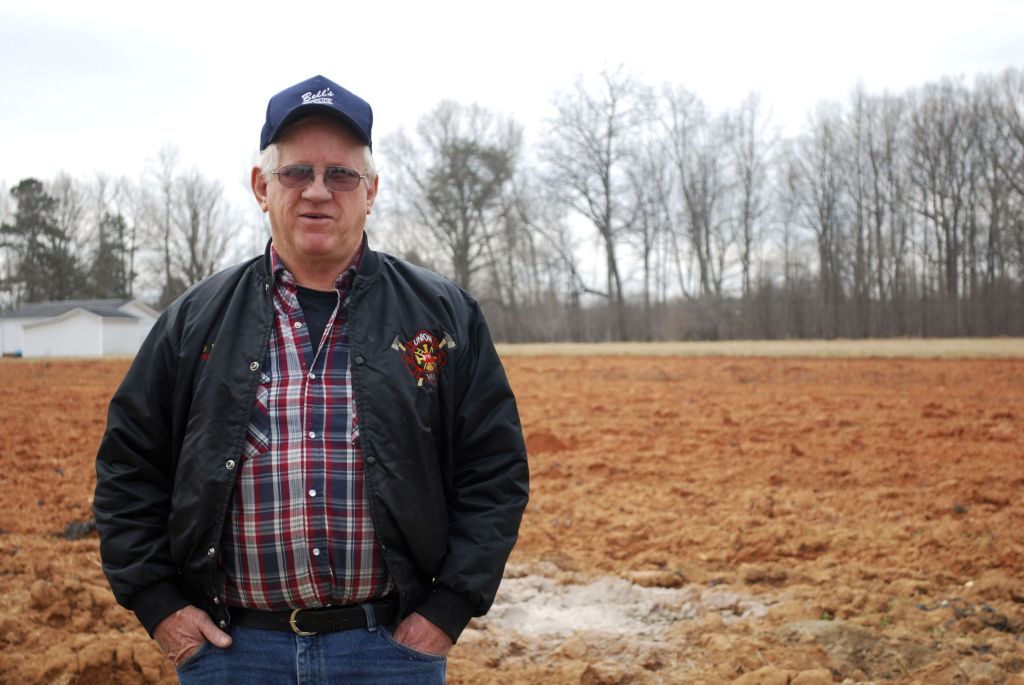 or Rowan County residents who appreciate produce right out of the field, Goodman Lake Road in Salisbury is more than a country trek. It is a hot spot for fresh, family-grown produce and a place where you buy at the farm.

“I started calling it Produce Road. It just happened to work out that way.”

For Heather and Bob Altizer, becoming blueberry farmers involved a dash of serendipity. Though they both came from farming stock, it wasn’t until the 15 acres next door to them came up for sale that Heather began to research blueberry farming.

“It was just something I felt, one of those gut things,” Heather said. “I had never seen a blueberry plant or eaten a fresh-picked blueberry.”

The Altizers named their farm “Talia,” meaning heaven. The couple planted Talia Farms’ first 300 bushes on Valentines Day 2009. Today they have 2,000 bushes, all doubling in production annually as they mature. “When we started, they were just little sticks in the ground. Now they’re over our heads,” Bob, a retired NASCAR crewman, said.

Blueberry season typically runs from the second week of June for four weeks “until either we or the berries run out of gas,” Bob said.

“It’s a good problem to have,” said Heather, who still works for NASA.

They sell the berries directly from “the shack,” a shelter on the farm where Heather or Bob can be found most weekdays noon to 6 p.m. and Saturdays 8 a.m. to noon during blueberry season.

“Our blueberries are extremely sweet,” Bob said. The Altizers are proud of Talia Farms’ 100 percent natural berries, with no insecticides or sprays other than fertilizer for the soil.

“You can eat them right out of the container,” Bob said. “The quality of what we put in the shack has to be 100 percent.”

Last year, Talia Farms sold 1,700 pounds of berries. “We get a whole lot done, just the two of us,” said Bob Altizer. “The idea is to work smarter, not harder.” Bob works the fields and Heather sorts and packages the berries.

The farm’s location is an anomaly, as most blueberries are grown in the eastern part of the state. “What we’re doing here is unusual,” he said. “People can’t believe we’re doing this, but why not?”

“We’d milk the cows by hand, and in the summer, we’d grow produce,” he said.

In 1984, Huffman bought his own 30 acres Ľ mile down Goodman Lake, and for the past 14 years, he has sold the fruit from his own 6 acres of peach trees.

“Every year we have peach customers coming in who had no clue we were here, and they keep coming back,” Huffman said. “After 14 years, clients are like family. They bring you jam made with your peaches.”

Peach season runs from mid June through about Labor Day.

For fresh tomatoes, cucumbers and squash starting mid June — and cantaloupe, watermelon and corn ripening mid summer — the next stop on Produce Road is Bell’s Produce. “It all started close to 40 years ago,” Gary Bell said. “I’ve never been one to sit still.”

He’s retired but still serves as a volunteer firefighter.

Bell, wife Ann and their grandson can be seen riding their antique tomato picker all summer long. They sell their fresh produce from their home. Just look for the sign.

“People will call us wanting to make a one-stop-shop, asking if the peaches are ripe,” Heather Altizer said.

“And if you want berries from Chile, that’s a pretty long drive,” her husband added.