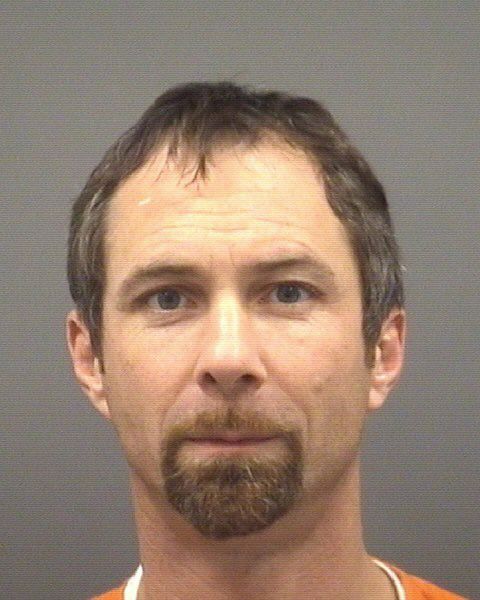 Rowan and Cabarrus authorities have tied a Mooresville man to recent home break-ins in both counties where televisions, lawn care equipment and guns were stolen.
The Rowan County Sheriff’s Office charged Michael Wayne Jenkins, 39, of the 9000 block of Unity Church Road, Mooresville, with felony breaking and entering, felony larceny and felony larceny of a firearm.
In February, Rowan detectives began investigating a home break-in in the 200 block of Wesley Woods Lane, Mooresville, after the homeowner arrived to see his back door window was broken. The thief took three guns — a .38-caliber Smith & Wesson revolver, a .357 Smith & Wesson revolver and a .22-caliber automatic rifle — as well as a pillow case from the Wesley Woods Lane home, a report said.
Rowan detectives followed a set of footprints that led into the woods toward the 9000 block of Unity Church Road, but the occupant of the home was not there. Officials later spoke with the resident there, Michael Jenkins, who gave them consent to search his home. However, detectives did not find the stolen items and did not find any shoes that matched the set of footprints. Jenkins denied any involvement, the report said.
On March 18, officers investigated a break-in in the 6100 block of Old Beatty Ford Road, Rockwell. The owner said someone went inside through a kitchen window. The back door was wide open when he arrived. The suspect took three televisions and a shotgun. The suspect also took a chainsaw, hedge trimmer and pole pruner from the garage. The owner told investigators he had serial numbers for most of his items.
On March 26, investigators with the Cabarrus County Sheriff’s Office contacted Rowan authorities to say they recovered the stolen televisions at a Kannapolis home. A report said Michael Jenkins was developed as a suspect.
Jenkins is expected in a Cabarrus County courtroom regarding breaking and entering charges, as well as drug possession and traffic infractions. He is slated to be in an Iredell County courtroom in June regarding 2013 charges of misdemeanor larceny. He remains in the Cabarrus County jail under a $37,500 secured bond.