On Easter morning, a family delivers a Lenten gift 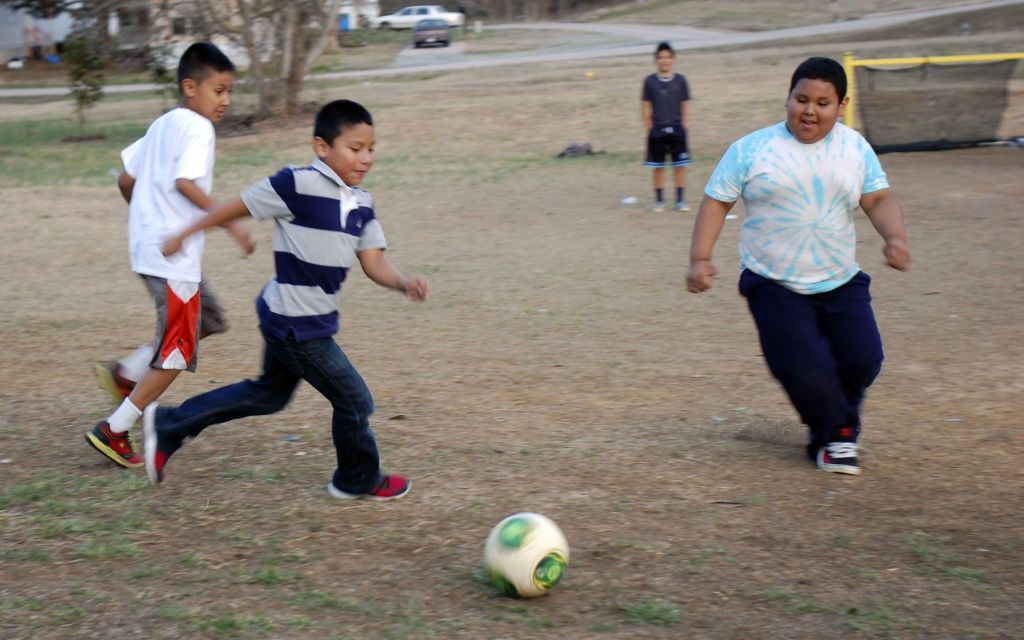 SALISBURY — Sometime around dawn this morning, if plans go as expected, a Salisbury couple and their four children — two boys and two girls — were going to drive to a little trailer park off N.C. 150 and leave an Easter gift.
By now most of the children in the trailer park probably have seen what the family was leaving behind, along with a simple note: “We gave up to give back! Happy Easter! Jesus loves you!”
On the tiny sandlot soccer field between the trailers and the road, the family was going to position new goals, one on each end. They also had some new balls and a storage container for them.
I can only imagine the great sense of love, peace and pride the family felt driving back home. I can’t imagine what the children soccer players of the trailer park must be thinking, but this particular Easter is probably one they always will remember.
The gift represents the culmination of a special Lenten season for the family members, and now for me, too. They asked not to be identified. They know who they are, and that’s enough.
Not too long ago, I wrote a column about stopping by this same soccer field one evening on the way home and getting to know some of the kids, most with Latino names. I liked how they played by their own rules, settled their own disputes, picked their own sides and did it all on a makeshift field with no uniforms, porous goals and no timekeepers.
It’s the way we all used to play as kids, and you don’t really see it that much any longer, except maybe where these kinds of games are all the children have. I was silly to have waited so long just to stop and say hello.
Before I wrote about the kids playing sandlot soccer, the mother of the family who left the goals this morning said she was struggling, as she did every year, with the concept of giving up something for Lent.
“I mean, why do people seem so proud of the fact they have given something up to only take it back after 40 days?” she told me later. “I think the message of Jesus is lost in the material acts of ‘giving up’ and seems to be something that people do to show others and themselves they have the willpower to do it.”
She often wondered what this sort of breezy approach to Lent had to do with real faith and the love Jesus showed by giving up his life.
“There are people all over the world who have had to ‘give up’ something, and they won’t ever get it back,” the mother said.
With her husband and their four children, the Salisbury woman wanted to find a way to honor Lent, yet not feel so resentful of people who, for lack of better words, go through the motions of the season.
As I had for a long time, the family drove by the sandlot soccer field daily and often saw the kids playing. They also observed the slow deterioration of the soccer goals, which were more like hockey nets. The family talked casually about maybe doing something about the goals, and soon the mother’s questioning of Lent collided with that idea.
The family members resolved over the 40 days of Lent to give up the money they spent on their time-honored tradition of eating out on Friday and Saturday nights. They would put the funds instead toward new soccer goals for the kids along N.C. 150.
“This made us all very happy to think we could do this, and at that moment I knew this is what the season is all about,” the mother said, “and this is what God meant for us to get out of Lent.”
About a week after the family made its Lenten decision, I wrote my column, having no idea what these folks were up to. The family saw it as a mystical type of coincidence. The mother believed it was a “Godwink.”
I had been wondering for awhile whether I should do any follow-up about the sandlot soccer kids. Several people told me they have stopped by with new balls and other stuff. My wife delivered some cleats our boys had long outgrown. I dropped off a ball a reader had left for me in the newsroom.
So many folks said how they loved seeing those boys (and some girls) playing on their own, like the neighborhood and playground games of their long-ago youth.
But only a few days ago, I heard about a family’s Lenten gift being prepared for delivery on Easter morning. So I thought I should tell you and leave you with this:
The next time you give something up, also think about giving something back. Happy Easter.
Contact Mark Wineka at 704-797-4263, or mwineka@salisburypost.com.