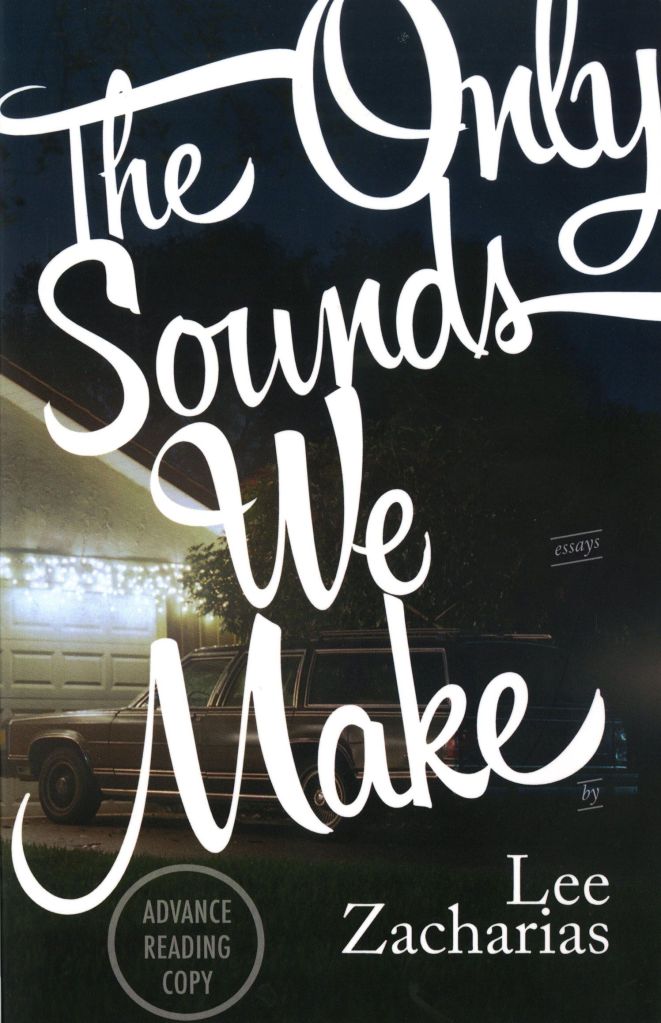 SALISBURY — A memoir in essays is a bit unusual, and Lee Zacharias’ essays that make up “The Only Sounds We Make” are equally unusual, and range from deeply metaphoric to deeply steeped in nature.
Some are all in the head, some in the heart and many in the great outdoors. Zacharias, a teacher at the University of North Carolina at Greensboro, and winner of several writing prizes, is also a photographer, so some of those essays are also vividly visual.
What we learn is Zacharias’ mother was a complicated, demanding woman who expected her daughter to make her the center of her life. Her mother is loving, but impossible to please, though Zacharias does have pleasant memories. The essay “A Grand Canyon,” displays their relationship well. “My mother said she always wanted to see the Grand Canyon. Actually what she said was ‘I always wanted to see the Grand Canyon, but I guess I’ll never get there.’ Then the guess fell silent, the comma disappeared, she was sure she’d never get there, and the space between the two clauses grew so short the thought was one, desire and disappointment a single breath.”
The first essay, “In the Garden of the Word” is deeply philosophical and deeply analytical about the use and meaning of words, and what the chosen words mean to a writer and a reader. It’s pretty serious, from a woman who’s pretty serious about craft. Here, she introduces us to the woman she is and then prepares us for her path, where college alerts her to the other world beyond her own. “What a revelation college was to me, the discovery of a literature that dealt in truth — in the mysteries and measures of character, in the paradox of good and evil, not in a moral world, but a moral vision — at the same time that I fancied I had discovered a life that was not a lie.”
She goes through disillusionment in “The End of Counterculture,” where she bemoans the loss of a Bohemian lifestyle, the abandonment of nerdy chic and the revelation that her first husband is not all she romanticized.
“Geography for Writers” explores her early writing and the writing habits of Edgar Allen Poe and Voltaire, among other, more contemporary writers. You can see her struggle for authenticity and her fascination with the craft. “To write is to chart one’s existence for oneself, even when the writer remains invisible to the reader,” she pens. Writing is not a job for her, but a way to exist.
She moves through her standard suburban life when suburbs were a new concept, vast tracts of treeless lands and matching box-like houses. Here we learn about her father, long-divorced from her mother, in his house with his companion, Donna, with “the crocheted toilet paper cozies and macrame hangings full of dusty silk flowers.” Her handyman father, who brooked little sentiment, kills himself a week after his 80th birthday. Zacharias ponders that fact throughout her essays, and flashes back to him repeatedly in her final essay, “Buzzards,” a fascinating treatise on the birds we’ve learned to find disgusting, but have amazing qualities.
The juxtaposition of memories and buzzards make the final essay defiantly moving. So matter-of-fact, so filled with longing for a father she did not understand but deeply loved.
And then her essays take her away to nature, where she finds inspiration and solace. “To make a photograph you must learn how to read light. You must develop a feel for its chemistry, its texture and color; its purity must become palpable to your. But to read light is to experience ephemerality, to know your own mortality, the fleeting nature of all things.” This is a writer who paints with her words.
As moving as “Buzzards” is, her essay “My Dog Eats the Past” digs deeper into the ephemerality, as Zacharias’ best dog pal, Ollie, chews up her childhood photo album, her husband’s baby book and a leather-bound work autographed by her friend. “And though I was groomed for sentiment by my mother — witness all those shelves of albums just waiting for Ollie to dispatch — I discover I don’t care about those things nearly as much as I thought.”
The early essays in this memoir are almost too much — too much she wants to say, too many facts she craves to share, too revealing, but as she progresses in her story, the essays change. A light ­— that light she reads — moves in, her dog’s soft ears endear, her loving memories of two complex, completely different parents show she is more than a survivor. Zacharias celebrates life and light and memories. All in their proper time and place.
Lee Zacharias will be at Literary Bookpost, 110 S. Main St. on Saturday, 11 a.m.-1 p.m. to sign her books and discuss her works.