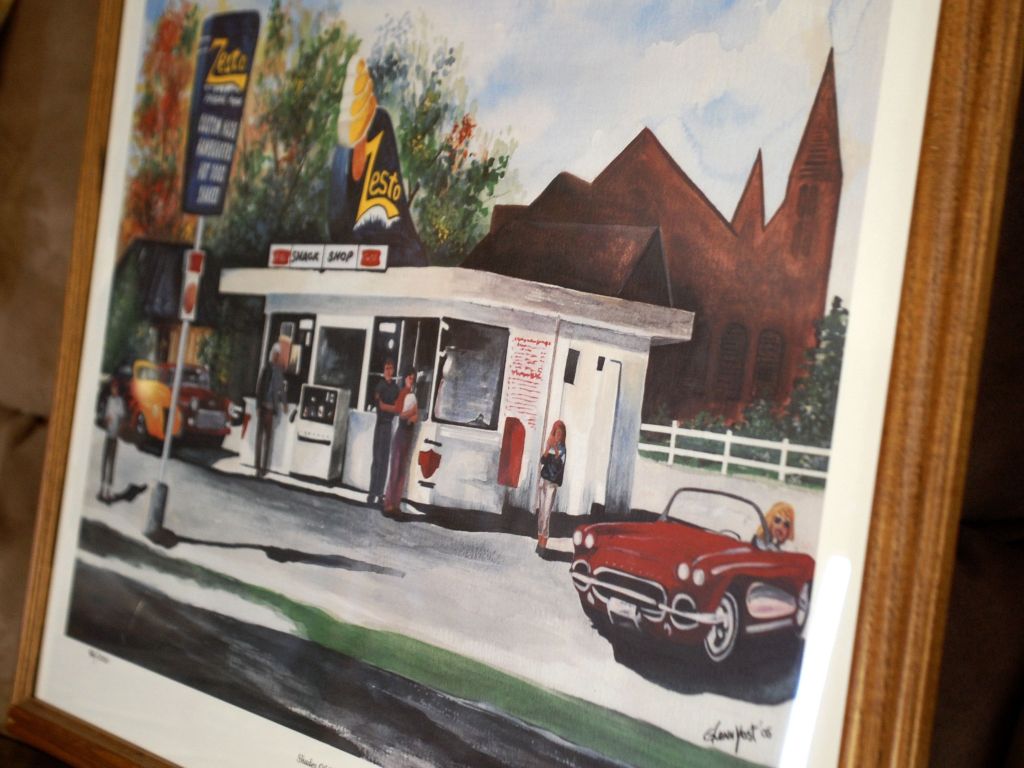 SALISBURY — Odessa Diggs’ 1953 Chevrolet always was stubborn to start, and thank goodness for that.
If it hadn’t been for that car, Gareth and Odessa Overcash might never have met, and they surely wouldn’t be renewing their wedding vows Saturday after 50 years of marriage.
Back in 1963, around the July Fourth holiday, Gareth Overcash and two buddies, Lloyd Clodfelter and Gene Goodman, pulled into the Zesto Snack Shop on North Main Street for some drinks.
The guys were riding in Overcash’s 1954 Buick Roadmaster, and back then, Zesto was the northern turn-around for young drivers cruising their cars up and down Main Street.
Even though he lived in Landis, Overcash made cruising in Salisbury a regular pastime, especially on Friday and Saturday evenings, “when you could buy $5 worth of gas and cruise all night,” he says.
Overcash parked his car in front of Zesto, and he noticed Odessa Diggs and her cousin, Eva Sue Teal, pull in with Odessa’s car, park and come to the front window to order drinks of their own.
When the girls returned to their car and were ready to leave, the Chevrolet wouldn’t start. Overcash led his friends over to the vehicle to see whether a push toward the back lot would be enough to start the engine.
“That’s how we actually got to talking,” Overcash says.
When the push didn’t work, the boys announced they would leave and try to find battery cables.
Overcash retrieved some cables at a garage on South Main Street, but as he was heading back toward Zesto, he noticed Diggs and her cousin driving toward them in an opposite lane.
Rather than wait for the guys’ rescue, Odessa prevailed on someone else for a push, and this time her Chevrolet had fired up.
As their cars came toward each other from opposite directions, Overcash shouted to Diggs that the least she could do was take them to the garage to return the battery cables.
It was a shrewd maneuver, but Diggs fell for it. Overcash parked his car, and he, Clodfelter and Goodman climbed into the back of her vehicle and rode back to the service station.
“I just liked the way he looked,” Odessa says. “There were those two boys with him, but I wasn’t interested in them, just him.”
Gareth was 19 at the time; Odessa, 20. He felt the same kind of attraction to her.
“She was just a nice looking girl,” he says.
Overcash had enough time to ask for Odessa’s telephone number, which she gladly offered, and he called her the next day. Odessa lived in the Rowan Mill area, and because her cousin Eva Sue was still visiting, she told Gareth if they were to get together, it would have to be a double date.
Overcash called up Goodman, and as the guys drove north from Landis, Gareth’s Roadmaster ran out of gas. It took him considerable time to retrieve some fuel and the waiting Odessa “about decided I wasn’t coming,” he recalls, noting it was before the days of cellphones.
Again, cars and the problems that come with them seemed to loom large in the romance between Gareth and Odessa.
Somehow Gareth reached the Diggs home in time, and it was the beginning of a courtship.
Overcash, who had just graduated from South Rowan High that spring, soon started work at the Cannon Mills plant in Rockwell. Odessa already was employed at Antosek Luggage in Salisbury.
The couple married April 19, 1964, at Rowan Mill United Methodist Church. They didn’t know, of course, that five children and 14 grandchildren, now ranging in age from 3 to 21, would grace their lives in the years to come.
“We have a pretty good crowd out there,” Gareth says.
Overcash didn’t stay long at Cannon Mills, and he bounced around to several jobs until he stuck with the city of Salisbury, working the night shift on the street sweeper and other pieces of equipment for almost 25 years.
Odessa not only looked after her children but baby-sat many others over the years.
For the past 27 years, the couple have lived on Harrison Road.
Odessa suggested the renewal of wedding vows at the place where they first met.
So on Saturday, Gareth and Odessa Overcash, Pastor Randy Foster and others will gather at 4 p.m. in the 400 block of North Main Street where the Zesto once stood. Today, an F&M Bank fills the spot.
Gareth has reserved a room at the Blue Bay restaurant for everyone to gather later.
How did a romance, which grew out of youthful cruising, become such a long-lasting union?
“A lot of give and take, a lot of compromise on both sides,” Gareth says. “I can’t have it all my way, and she can’t have it all hers.”
Odessa adds another ingredient.
“I guess we just loved each other all these years,” she says.
Her car was the only thing not starting that fateful night long ago.