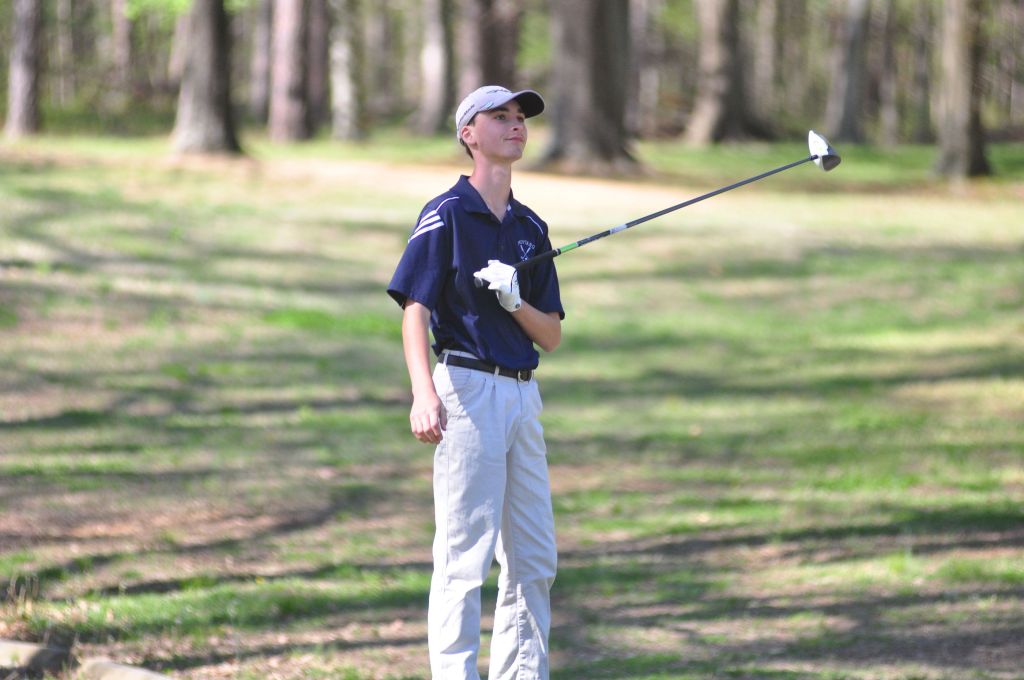 SALISBURY — Nick Lyerly is the new kid on the block in the Rowan County golf scene, but he’s becoming a regular on the green.
The East Rowan freshman shot 71 at the South Piedmont Conference championship Thursday to claim medalist of the match at Corbin Hills Golf Club. The SPC circuit includes notable talents such as Davis Richards, Logan Shuping, Jake Kennedy and Cox Mill’s Justin Westveer but Thursday belonged to Lyerly.
On a pristine spring day without a cloud in the sky, Lyerly started on Hole 9, birding 10, 14, 18 and 6 to claim the lowest score Lyerly was playing with West Rowan senior Chris Hassard and Dominic Andrews from Cox Mill.
“I played well,” Lyerly said. “Made a few good putts and hit the ball solid. It was a good round.”
“There weren’t too many shots that were just great. I got a lot of wedges in there close and was able to make a few putts for birdie.”
Lyerly, a lanky phenom who’s made noise in some of the youth tours for some time, capped a solid year with consistent, steady play.
“I wasn’t really expecting anything,” Lyerly said. “I was just trying to come out here and have a good time. There’s a lot of good players out here.”
Kennedy, a West Rowan senior, wrapped up Conference Player of the Year after carrying a four-shot lead into Thursday. Kennedy finished at 73, which tied the best round he’s had at Corbin Hills. Kennedy, a Gardner-Webb commit, birdied holes 5, 6 and 7 to gain a four-shot lead on groupmate Davis Richards and Logan Shuping.
Kennedy made a putt on 5 that gave him momentum for the rest of the match. He had a three-shot lead with five holes left.
“For me, I’m a confidence player,” Kennedy said. “When I get confidence going, I start playing well. That was a huge putt.”
Team scores for the season were not made available but South won the season with West finishing second.
“I’m happy for Jake more than anything,” Richards said. “He’s a senior and he’s wanted to win conference for a while. That means more to me than if I would have won.”
Shuping, last year’s county champion, also put in a 74.
The 3A Midwest regional will be held at The Club at Irish Creek next month.