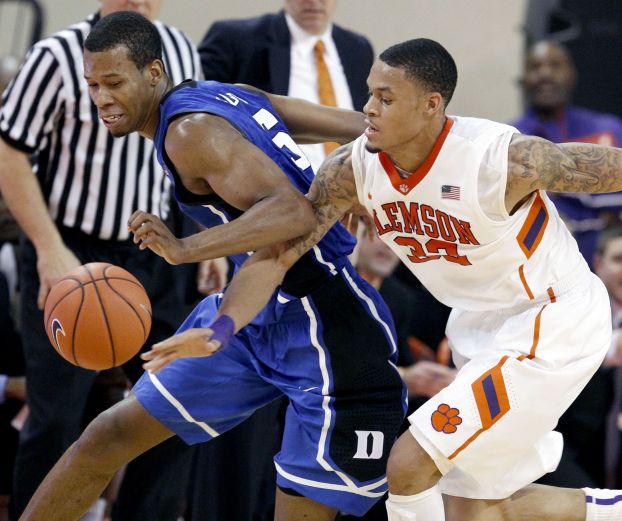 DURHAM — Duke sophomore Rodney Hood is entering the NBA draft.
Hood said in a statement Friday that playing for the Blue Devils and Mike Krzyzewski “helped me grow and develop as a player and a person” to prepare him for the NBA.
“Now it is time to move on to the next level and chase my dream of becoming an NBA player,” Hood said.
The 6-foot-8 Hood averaged 16.1 points, 3.9 rebounds and 2.1 assists after sitting out last year following his transfer from Mississippi State.
He was part of a 1-2 scoring punch with freshman Jabari Parker, who declared for the draft Thursday as a strong candidate for the No. 1 overall pick. Hood was a second-team all-Atlantic Coast Conference pick.
“He was an integral part of our team two years ago because he was such a great practice player and this year he was one of the best players in the country,” Krzyzewski said. “… He will do really well in the NBA and obviously he will always be a part of what we do and we wish him the best.”
Hood’s departure wasn’t a surprise, with Krzyzewski saying “I wish we had him for more than one year” during last month’s ACC tournament.
While Parker and Hood are gone, Duke is bolstered by the nation’s No. 1 recruiting class, led by top overall recruit Jahlil Okafor along with top-10 prospects Tyus Jones and Justise Winslow.