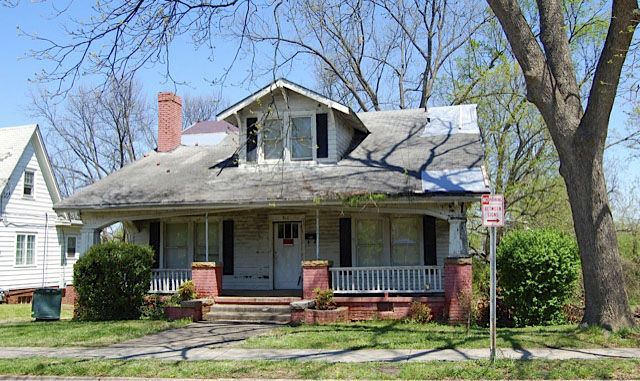 SALISBURY — City officials and a West End leader are praising Livingstone College for addressing the school’s fire code violations and complaints about vacant houses the college owns on West Monroe Street.
At Tuesday’s City Council meeting, City Manager Doug Paris called a recent meeting with college President Dr. Jimmy Jenkins productive and said he feels good about the relationship moving forward.
Livingstone has had more than 1,000 fire code violations in the past four years and accrued more than $63,000 in fines, the most in city history. As of last month, the college had resolved all but eight violations.
In a letter to Paris, Jenkins thanked the city for helping Livingstone develop a strategic plan to reduce compliance violations, as well as false alarms.
He also wrote that his staff is working to develop a proposal that will “not only address the $63,000 debt in fees owed by the college to the city, but also what we are doing to address the concerns expressed by the West End Pride organization, relative to houses owned by the college, located on Monroe Street.”
City Councilwoman Karen Alexander, an architect, said she met with Jenkins and other administrators regarding the vacant houses, and they are putting together a plan to address the properties. Work has already started on a couple of the houses, and they look much better, Alexander said.
“They are really making a big effort to improve the houses that they own,” she said.
Livingstone will host a clean-up day on April 26 at nine vacant houses near campus, as well as at vacant Duncan School, which the college also owns. A senior staff member will be in charge of each location and have a team of volunteers, said Dr. Herman Felton, vice president of institutional advancement.
“I think it’s great,” said Mae Carroll, a leader in West End Pride. “At least after two years, we have made a dent. We have gotten their attention.”
Carroll and other members of the group in March went to City Council to complain that the city and Livingstone were not doing enough to make their neighborhood safe.
Carroll told council members that people are “afraid to be out at night, in fear for our lives” due to criminal activity at the vacant houses and said West End Pride had asked for help from the college administration, alumni organization and board of trustees to no avail. West End Pride also asked for help from the city’s code enforcement department, SNAG meetings and Community Development Commission, Carroll said.
After the complaints became public, Carroll said, Jenkins met with West End Pride and the West End Community Organization. She called the meeting “very productive.”
Carroll said she remains a “little skeptical” about whether a one-day clean up effort will make a meaningful difference and would like to see the houses completely rehabilitated. But college administrators seem sincere about improving the neighborhood, she said.
Felton said the Jenkins administration inherited many vacant and boarded houses and during the past five year has renovated six homes now used by senior staff. Felton said he lives in one himself with his family.
The remaining nine houses are so deteriorated, the college has not determined yet what to do with them, he said.
“Long-term strategic planning is not really clear yet as to the future of these houses, so we want to go ahead and clean them up,” Felton said.
Jenkins wants to bring back the nostalgia of West Monroe Street and strongly encourages senior members of his administration to live in Salisbury, Felton said.
“We are all trying to be a part of the community,” he said.
Felton has met with West End residents twice to talk about establishing a relationship between the college and the neighborhood.
Long before residents went to City Council with concerns, Livingstone already had decided to hold a clean-up day April 26 to coincide with the Great American Cleanup and the school’s annual book festival, Felton said. He said Livingstone owns a small portion of the 20 to 30 blighted houses in the West End.
Contact reporter Emily Ford at 704-797-4264.