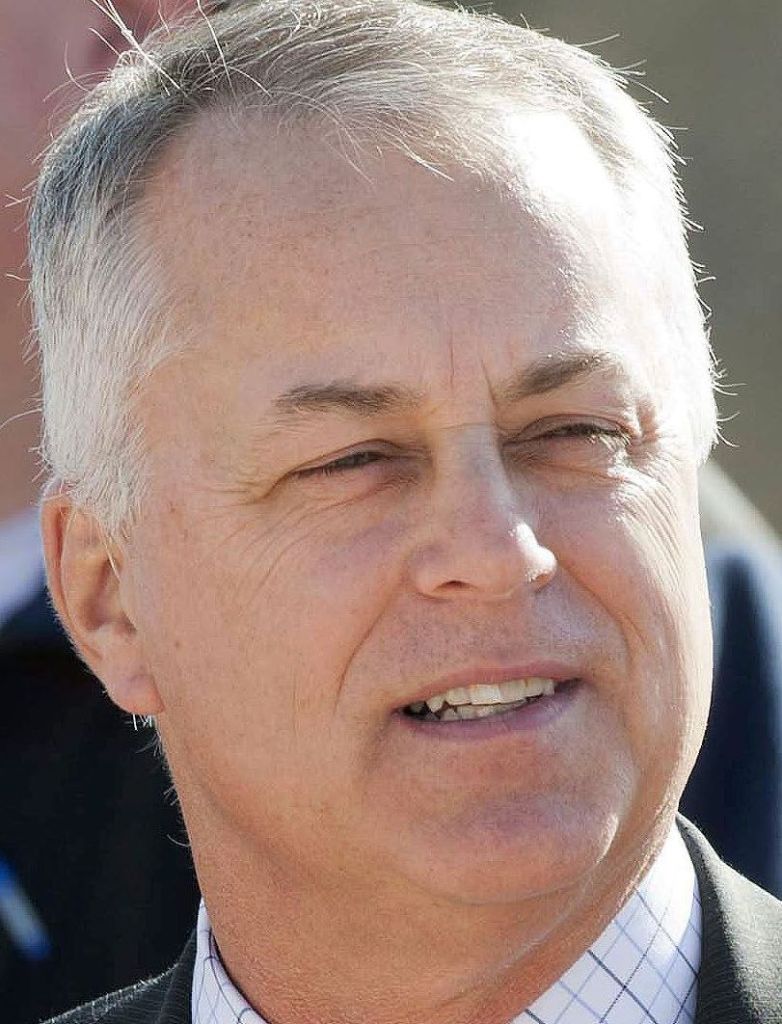 N.C. Secretary of Transportation Tony Tata paid a visit to Rowan County Chamber of Commerce officials Wednesday to discuss his role in advancing Gov. Pat McCrory’s efficiency-focused agenda as well as listen to the projects the county has on its radar to boost economic development.
Tata, a retired Army brigadier general and former superintendent of the Wake County schools, told a room full of business leaders and elected officials at the chamber’s office McCrory asked him to do three things when he came on board — improve customer service, leverage infrastructure to create jobs and be more efficient.
“There is a direct link between the infrastructure and the economy. The infrastructure of the state is the economic backbone for jobs and businesses,” Tata said.
Tata delved into House Bill 817, dubbed “Strategic Transportation Investments.”
Signed into law in June, the legislation is aimed at ridding the state of the antiquated, complicated equity formula used to disburse money for transportation projects statewide.
“We said we needed a needs-driven formula,” Tata said.
The new formula calls for the disbursal of transportation construction funds by state, region and division tiers based on a variety of factors, including congestion mitigation, travel time, safety, job creation and multimodal connectivity.
“It is 100 percent objective and data-driven,” Tata said.
While 1,300 existing projects across the state already have been evaluated, Tata said, various metropolitan planning organizations and division engineers since have added another 500 projects.
“My No. 1 goal for this year is to implement this law with fidelity and transparency,” Tata said. “We’re right in the middle of the process right now and grinding that sausage machine. It looks like it is addressing what it is supposed to address.”
Every two years, the plan will be tweaked and refreshed for improvement, Tata said.
“We are one of the fastest-growing states in the nation, and we cannot sustain with our level of funding now in just trying to build what we can,” Tata said. “We have to fundamentally transform some things that we are doing.”
Tata also listened as local economic development officials laid out a series of projects needed to create jobs, lure businesses and boost traffic in the county.
Robert Van Geons, executive director of RowanWORKS, shared with Tata and attendees a brief overview of the projects, namely the extension of the airport runway and the widening of Interstate 85 from N.C. 152 to N.C. 73.
“The chamber’s focus is business, and this is a legislative agenda we feel is important and necessary to job creation,” Van Geons said. “The first priority is the extension of the Rowan County airport’s runway by another 500 feet, which would give us 6,000 feet. The next priority is the widening of I-85. This will connect, quite simply, everything from Greensboro to Charlotte.”
Bill Graham, a Salisbury attorney and member of the N.C. Economic Development Board, said the airport runway extension is a “definite must, high-priority, big-time need.”
“Not only is it a need for the attraction of economic development and corporate inbound traffic, but traffic is coming this way by necessity because Concord (Regional Airport) is the fourth-busiest airport in the state,” Graham said. “A lot of that stuff is coming this way. This is a vital need.”
The airport cannot welcome much larger jet traffic because the Federal Aviation Administration will not allow it, Graham said.
“It is a safety issue,” Graham said.
As vice chairman of the airport’s advisory board, Greg Edds said pilots calculate the price of refueling when looking where to land.
With a relatively short runway, planes cannot take off with a full tank of fuel, which could prohibit them from getting airborne before running short of runway.
“To descend, land and take off again is a very expensive proposition. They can land there, but they can’t take off with a full tank because it costs them money,” Edds said. “Getting an extra 500 feet will explode our airport out there. We currently have a waiting list for hangars. We have no space. This is a capacity issue and a safety issue, and it would mean a lot to a community that is struggling with jobs and poverty issues.”