Superintendent dreams about what Knox could be 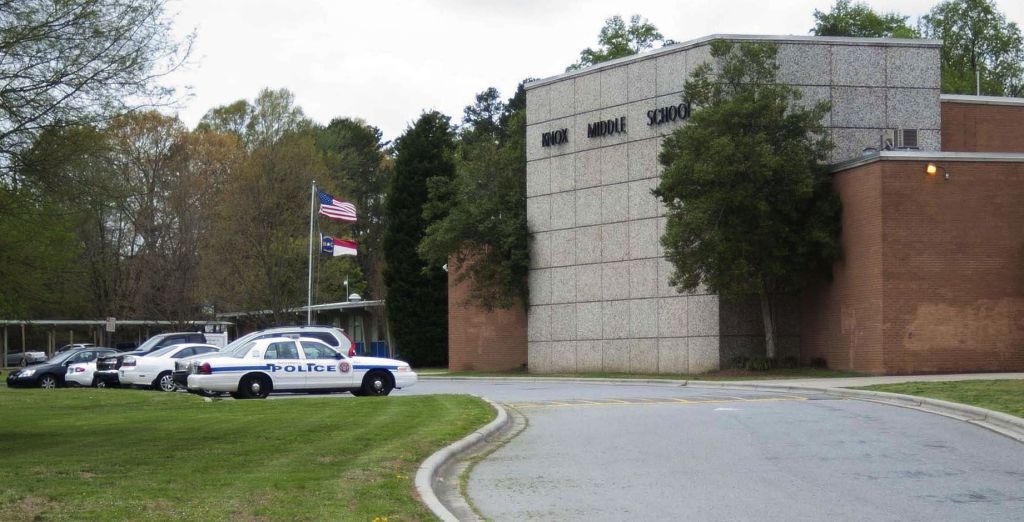 Superintendent Dr. Lynn Moody asked the Rowan-Salisbury Board of Education Monday to dream about what Knox Middle School could become.
“We just wanted you to hear what we’re thinking right now,” Moody told the board.
During the brainstorming session, she presented ideas — from how to strengthen the school’s science, technology, engineering and math (STEM) programs to using a leadership team rather than a single principal.
“It’s really bigger than just Knox Middle School,” Moody said, adding that the transformational planning ultimately dealt with Overton Elementary, Knox Middle and Salisbury High schools — schools that serve students in the city of Salisbury.
School officials are focusing on Knox because of its persistently low test scores, high turnover in the principal’s office and outdated buildings.
Moody said she sees working with community partners as a huge factor in Knox’s future success.
The school system isn’t financially able to support some of the ideas being toyed with; however, working with organizations such as Livingstone and Catawba colleges, the city of Salisbury and Novant Health, the projects might be more feasible, according to Moody.
“We would require some grant writing,” she said.
Collaborating could include anything from grants, to having a physical presence at the school, to donating equipment or even facilitating an innovation center in medical sciences, engineering, urban farming or other STEM programs.
The partnerships would be beneficial to the supporting organizations as well, Moody pointed out.
“It would change the way we teach education at both Catawba and Livingstone,” she said.
“We are incredibly excited about this plan,” said Salisbury City Manager Doug Paris, who attended the meeting. “For us, our schools are our biggest economic engine.”
Rather than advertise for a new principal for Knox, the school system is calling for a “transformational leader and/or team,” Moody said.
This could open the door to hiring co-principals or even a group of people, where a proven business leaders and a proven educators could combine their skill sets to create a more balanced leadership team for the school.
“We have all sorts of proposals,” Moody said.
All individuals or groups applying must have an explicit, three-year plan, she said.
Although funding multiple positions could be an issue, Moody said community partners have expressed interest in providing resources to make that a possibility.
Moody suggested that the school system consider moving Knox to a year-round schedule.
She suggested facilitating problem-based learning by offering grand challenges that would present students with real life issues to solve. By working with local partners, students and teachers could even be offered incentives.
Moody talked about the possibility of linking Overton, Knox and Salisbury High in a way where it’s “a collaborative educational system all the way through.”
This could involve unifying the schools through one name, uniform and mascot.
The board also discussed how to include other elementary schools that feed into Knox in the process.
Moody and the board both recognized that changing Knox will be a long process and there’s much more to consider before making definitive plans.
“This won’t happen next school year. It will start with hiring the right person and will build over time,” Moody said.
“Conceptually, we like what you’re talking about,” said Dr. Richard Miller.
Later Monday evening, Rowan-Salisbury staff met with about 30 people from the Knox community at the school to talk about the planned interview process for a new principal. They shared leadership priorities with those in attendance and the transformational leadership team concept.
The school system’s goal is to have a candidate in place for approval by the Board of Education’s May 19 meeting.
The school system is also seeking input from community members. There is a survey on Knox’s school website that can be accessed under the “more about school” tab on the school’s homepage.
Parents expressed their frustration with the “revolving door” of principals at Knox. Terrence Snider, principal since August 2012, was recently transferred to North Rowan Middle School, where he serves as assistant principal.
Rhodes Woolly, who has a sixth-grader at Knox, says he hopes they hire someone who “understands excellence” and who has “experience with excellence.”
Leah Campion said she hopes they hire someone “who’s willing to partner with people in the community.”
Interim principal Larry Brown encouraged those in attendance.
“Knox is making progress,” he said. “Each time that I have been here, I see the steps.”

New day to visit lost town of Lawrenceville is…