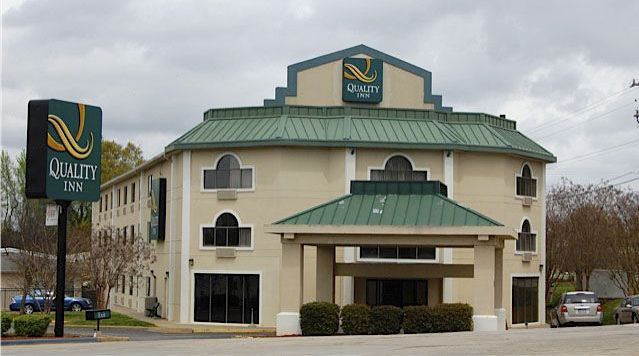 SALISBURY — The Quality Inn on Klumac Road has racked up dozens of violations of the hotel room tax levied by Rowan County and the city of Salisbury, a tourism official said.
James Meacham, executive director of the Convention & Visitors Bureau, said the Salisbury hotel paid the tax late, failed to file a return on time or filed a return but did not pay the tax during 19 months dating back to December 2011. The Quality Inn averaged being from two to five months late and remains delinquent for several months’ worth of taxes, Meacham said.
The Convention & Visitors Bureau is funded by the 6 percent occupancy tax — Rowan County and the city of Salisbury each levy 3 cents.
Anil Parag and Kirankumar Patel own the hotel as Columbia, S.C.-based Shivam Hospitality. They could not be reached for comment.
Meacham is prevented by state law from releasing the amount of money that any specific hotel pays in occupancy taxes because it would reveal the property’s revenue, he said.
Delinquent occupancy taxes generate fines and penalties and could result in misdemeanor charges against the owners. No charges have been filed against the Quality Inn so far.
The board of directors for the Convention & Visitors Bureau, made up of both the county and city tourism development authorities, has been meeting in closed session to discuss the situation and seek advice from an attorney.
“This is very unusual,” Meacham said.
It marks the second time the tourism board has had to pursue late payments and penalties. The first case involved the former Travel Lodge in 2010, which eventually paid and was not charged, Meacham said.
No other motels or hotels in Rowan County are currently delinquent, he said.
The tourism board’s attorney sent a letter on Monday to Shivam formally requesting payment over a certain period. The letter is not a public document.
Visitors pay the hotel room taxes, also known as occupancy taxes. If a hotel room costs $100, the visitor pays $106. The hotel is supposed to keep $100 and pay $6 in tax, split between the county and city.
Even without the Quality Inn’s payments, the tourism authority collected 3.1 percent more revenue in February than a year ago, according to the most recent figures available. Hotel room tax revenue in February was $50,673.
The state has granted the authority to levy an occupancy tax to more than 150 counties and municipalities, according to the School of Government at the University of North Carolina at Chapel Hill.
Details of occupancy taxes vary by locality, but most are limited to a rate of either 3 percent or 6 percent. The tax revenue must be distributed to the local tourism development authority for use promoting travel and tourism in the area.
Penalties for failure to pay occupancy taxes include a percentage per month and a one-time 10 percent penalty. Both penalties are based on the amount of tax owed. State law also makes the failure to file a return or pay the tax a class 1 misdemeanor.
Contact reporter Emily Ford at 704-797-4264.