Blood Moon: The bad news and the good news 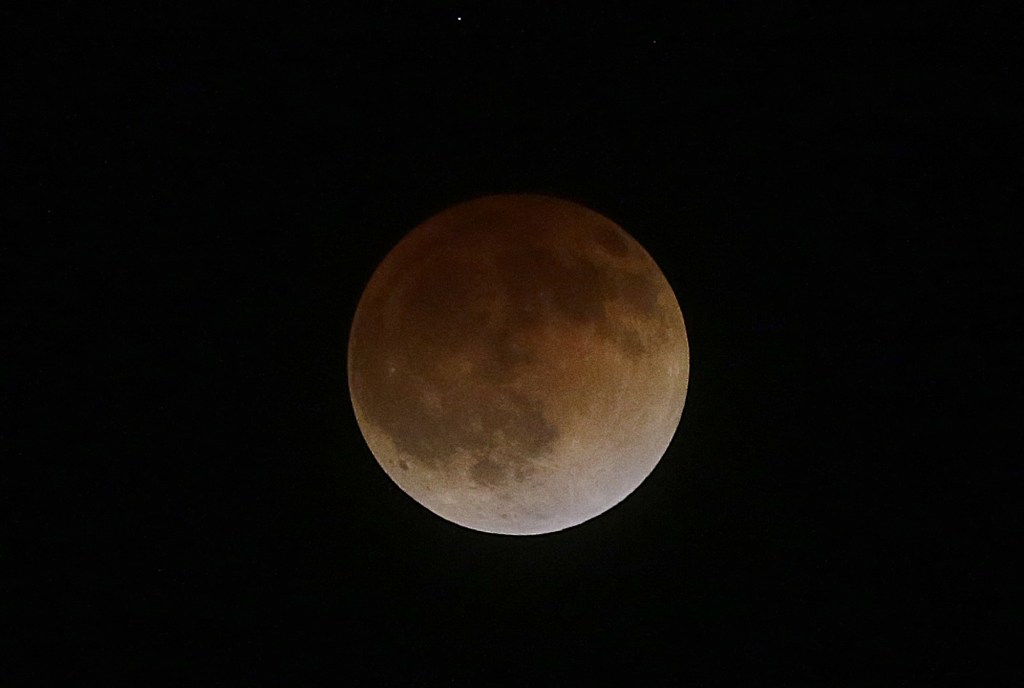 Have you seen chatter on the news and social media about a Blood Moon? It sounds ominous, but it is a beautiful celestial event.

Bad news is… you missed it.

Good news… you have a few more chances.

Last night’s eclipse was the first in a series of four consecutive total lunar eclipses known as the tetrad. The phenomenon will repeat itself three more times in six-month intervals ending in September 2015.

• The moon gets a red sheen as it passes behind the Earth into its umbra (shadow).

• The Earth’s shadow consists of two parts: a dark inner core called the “umbra,” and a lighter outer part called the “penumbra.” Rather than being truly dark, the inner shadow is usually tinted orange or red by light passing through the ring of atmosphere surrounding the Earth.

• The umbra may take on a range of colors. The light illuminating an eclipsed moon is coming from thousands of sunsets and sunrises around the Earth.

• Unlike solar eclipses, lunar eclipses are safe to view with the naked eye.

• Astronomers rarely if ever use the term blood moon. When they do, they are usually using it as an alternate name for the Hunter’s Moon.

• This will be one of just nine tetrads to occur in the 21st century. In the past, we’ve gone as long as three centuries with no tetrads.

• All four will be visible to most skywatchers in North America.

Special note about last night’s eclipse: Mars made its closest approach to Earth since 2008 on Monday night (April 14), coming within 57.4 million miles of our planet.