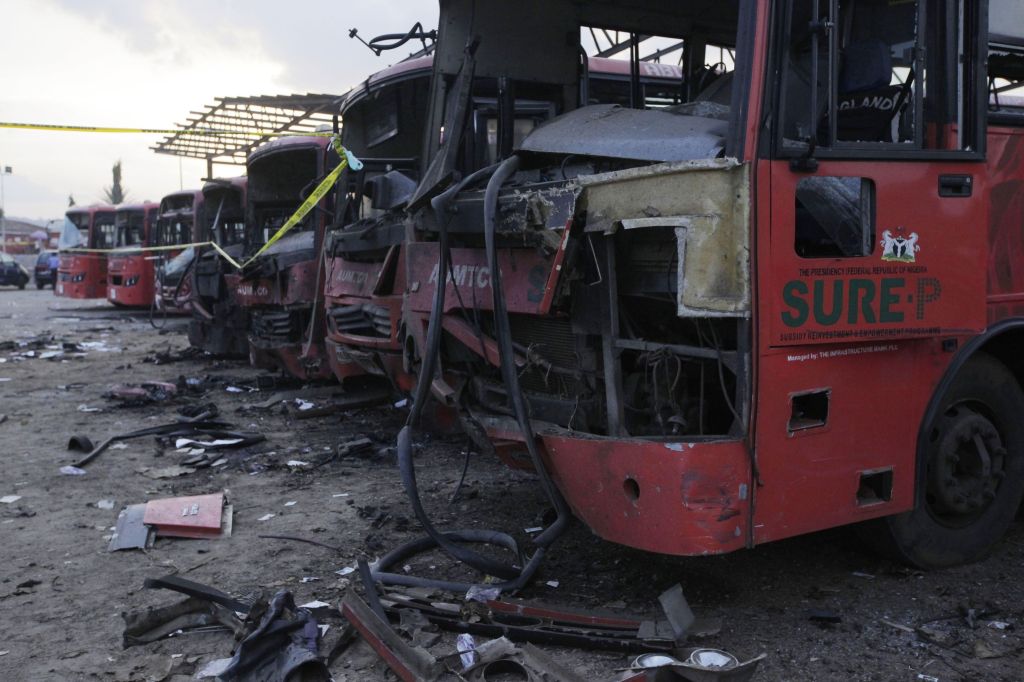 Your daily look at late-breaking news, upcoming events and the stories that will be talked about today:
1. UKRAINE CRISIS IS A TEST OF OBAMA’S RESOLVE
President’s critics say his tough talk — like his “red line” on Syria — isn’t followed by equally tough action.
2. TOLERANCE, THEN BURSTS OF VIOLENCE
A group monitoring anti-Semitic attacks in the U.S. cautiously noted a sharp decline in such incidents less than two weeks before the fatal shootings outside two Jewish sites in suburban Kansas City.
3. UTAH WOMAN TELLS POLICE HOW SHE KILLED BABIES
Neighbors find it hard to believe no one knew about Megan Huntsman’s pregnancies —or the six dead babies left in the garage.
4. WHO WILL PAY TRIBUTE AT MARATHON BOMBING ANNIVERSARY
Vice President Biden will lead dignitaries who will honor Boston and its victims a year after explosions ripped through its world-famous running event.
5. NIGERIAN ATTACK WORST EVER ON CAPITAL CITY
President Goodluck Jonathan blames Boko Haram, the homegrown terrorist network, for the massive bomb that left at least 72 dead and 164 wounded. No official declaration of responsibility has been made.
6. SUBMARINE’S FIRST MISSION TO FIND REMAINS OF MH370 ABORTED
The underwater vehicle looking for debris from the Malaysia Airlines jet had to be hauled back to the surface because the search area is too deep.
7. WHERE TRAILERS WERE TOPPLED
A storm barreled through Mississippi Gulf Coast communities, damaging or destroying up to 30 RVs at one campground, downing trees and power lines and cutting electricity in some areas.
8. ‘HOW ‘BOUT THEM DUTCHMEN!?’
The hockey team from tiny Union College in Schenectady, N.Y., wins the “Frozen Four” finals, toppling the heavyweights for the national title.
9. HOW A SNACK MIGHT PREVENT DOMESTIC STRIFE
Low blood sugar can make spouses irritable, researchers say, so a candy bar could stave off fights between husbands and wives.
10. WHO’S DIVING BACK INTO THE POOL
Michael Phelps, the 22-time Olympic medalist, is coming out of retirement to focus on swimming at a fifth Summer Games in 2016.