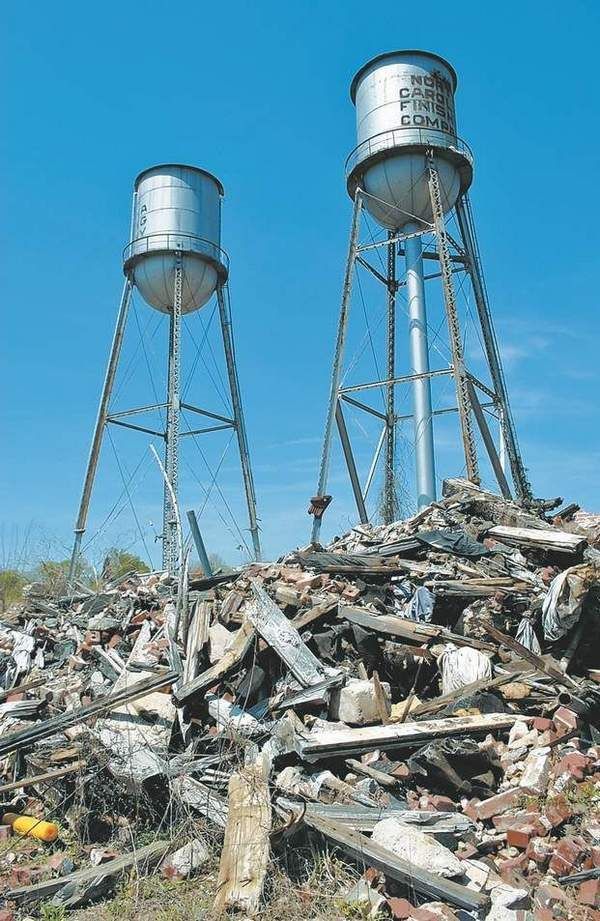 One day a few years ago, I was playing around with Google Maps street view. I looked at a road in Yanceyville which I frequently walked for exercise while living there and was surprised to see myself in the picture walking down U.S. Highway 158 West. I had, in effect, not only googled up a part of my past in Yanceyville, but had also summoned up my former self as well (not through “conjuring,” just “googling”).
I have seen other similar scenes of people caught by the Google Maps’ camera. I don’t know for sure, but It seems like the driver of the Google filming car should at least have the courtesy of hailing those pedestrians with the exclamation, “Smile!” I know if the late Allen Funt had been driving, he would have.
In googling some of my recent past, whereas the time traveler in H.G. Wells’ “The Time Machine” felt the urge to push his control stick further forward, I couldn’t help but go even further back. It occurred to me to check on my brother Joe’s first workplace after graduating from Granite Quarry High School, prior to his heading off to Mars Hill College.
That workplace was the North Carolina Finishing Company on U.S. Highway 70 on the Rowan County side of the Yadkin. I still have a mental picture of that brick structure in my mind, the name proudly written on its water tanks, “signs” more prominent than any billboard.
I remember one time when my father took Joe to work there one winter day, with me riding along. I recall snow-filled yards in Spencer passing by on our way.
So, determined to revisit my past (even more so, my brother Joe’s), I set the little Google stick-figure Street View man down in Spencer on Highway 70 and took the same route past those same lawns on my way to the N.C. Finishing Company. When I arrived, there was only brick rubble where the Finishing Company had been, but the “proudly labeled” water tanks still stood.
I had no way of knowing the date when that passing (both physically and temporally) scene had been filmed by the Google people, but that rubble-filled scene was such a shock to me that I felt as if I had traveled to the old N.C. Finishing Company and had “just missed it.” I imagined the kicked-up dust of its destruction having settled out of the air a few seconds before, following on the heels of the weightier landing of the broken bricks.
Not long after that Google Maps trip, I took a real one to Salisbury and saw for myself. During several trips since then, I have seen the water tanks still standing in the distance.
It would be nice, just for the sentimentality of a workplace’s sake, to keep the old water tanks. At Dan River Mill’s Schoolfield Division here in Danville, the old mill is being taken apart brick-by-brick, but the three smokestacks, locally referred to as “the three sisters” will be kept “in memoriam.” I have heard longtime local residents say that after a trip away, they knew they were getting close to home again at the sight of those three smokestacks on the horizon.
Old tobacco barns are being restored, and smokestacks are being kept in some cases, so memorial water tanks are not a stretch of the imagination. We are all familiar with the instance of a church’s bell tower being saved in memoriam to the old sanctuary once there.
But I haven’t physically been back by there in a while, so I don’t know whether or not my spur-of-the-moment talk of water tank preservation is now in vain. (Anyway, it’s not some urgent call for “mobilization,” just a part of my natural sentimentality.) If the old N.C. Finishing Company water tanks are now no more, I trust that someone may leave a comment below informing me of it.
While writing this, I again googled that site where I “stood” before, and noticed something quite strange. In the same spot, just now googled (April 6, at about 2 p.m.), I see that much of the brick rubble is overgrown with a summer-green growth of weeds. Before, and to the best of my memory, there was just rubble in the picture, no verdance of flourishing weeds or “roadside invasives.”
I suppose that sometimes, and for some reason, the Google street view people might “re-do” their picture of an area. If not, then what I just saw may mean that in my reverie of again revisiting the site of my brother’s first workplace, I have come across the strange case of a photograph continually reflecting it’s “still-life” subject’s ongoing change through the seasons, long after the initial instant of picture-taking is past.