The week in review: Test your nose for news 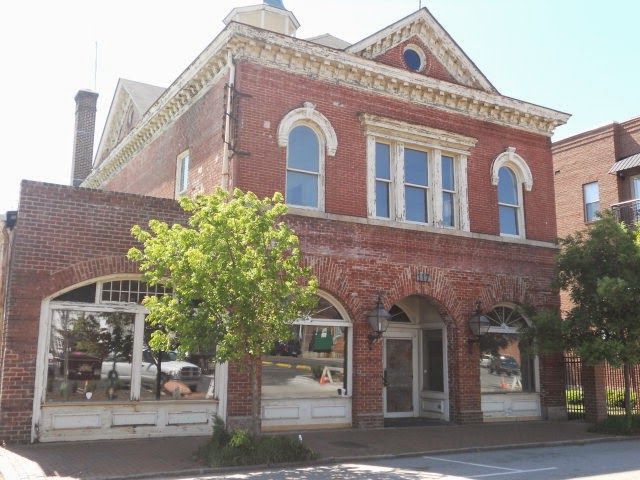 1. Todd Littleton has plans to restore the old Salisbury firehouse at 113 S. Lee St. and do what with the building?
A. Open a small brewery and taproom
B. Create an additional 250-seat theater/concert venue for the entertainment district
C. Provide a new home for Rowan Museum and more room to display artifacts now kept in storage
D. Provide space for city offices, freeing up spots for retail development on Main Street

2. How many Republicans are on the GOP Primary ballot for three seats on the Rowan County Board of Commissioners?
A. Four
B. Six
C. Eight
D. Ten

3. Wearing red berets, members of the political action committee “la resistance” are trying to urge Rowan County voters to do what?
A. Boycott the Republican Primary May 6
B. Mark their ballots for any judicial candidate against the death penalty
C. Resist voting for state legislative candidates who supported Gov. Pat McCrory’s education platform
D. If registered Democrat, change their registration to unaffiliated so they can vote in the Republican Primary May 6.

4. The Frontier Coffee Shoppe for military veterans officially debuted last week. On what morning of the week does it provide free coffee for the vets?
A. Monday
B. Tuesday
C. Wednesday
D. Thursday
5. By August, the Rowan County Board of Elections office will move to West End Plaza (the former Salisbury Mall). Where is the elections office now?
A. Rowan Public Library
B. Rowan County Administrative Building, 130 W. Innes St.
C. Rowan County office building, 402 N. Main St.
D. The old Courthouse at 202 N. Main St.

6. Rowan County will be getting a new $10 million, 4.25-megawatt DC solar farm soon near Rockwell. How will O2 Energies maintain the grounds?
A. Robotic, solar-powered lawn mowers
B. Electric trimmers and mowers
C. 40 goats
D. 150 head of sheep

7. Organizers of the annual Memorial Week Celebration carnival at the J.C. Price American Legion post asked Salisbury City Council for help. What did they ask for?
A. Permission to sell alcohol
B. Waiver of an amusement ride inspection fee
C. More police for security reasons
D. Fewer police

8. A Salisbury couple, Tamara Sheffield and Maryja Mee were top vote-getters in an American Civil Liberties Union’s contest, “My Big Gay Illegal Wedding.” What is the couple’s prize?
A. $5,000 to pay for their dream wedding in a state where same-sex marriages are legal
B. $25,000 toward hiring a lobbyist to have North Carolina’s prohibition against gay marriages overturned
C. An all-expense-paid trip to Washington, D.C., to join in a national rally for gay rights
D. $10,000 toward a venue of their choice for a wedding
9. Who was named Entertainer of the Year at last Sunday’s Academy of Country Music Awards?
A. Taylor Swift
B. Blake Shelton
C. George Strait
D. Luke Bryan