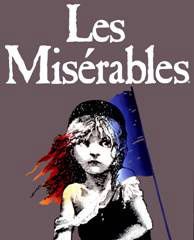 For three nights in October, Piedmont Players and the Salisbury Symphony Orchestra are collaborating on a truly remarkable event: a concert presentation of “Les Misérables.”
The longest running musical of all time, “Les Misérables” has been popularized through numerous adaptations for the stage, television, and film, including a musical and a film adaptation of that musical. The 2012 film version, starring Hugh Jackman, Russell Crowe and Anne Hathaway, introduced this timeless classic to millions of new fans, while receiving nominations for 8 Academy Award Nomination, 4 Golden Globes (winning Best Motion Picture), and a Grammy.
The PPT and Symphony production, directed and designed by Reid Leonard along with musical director and conductor- David Hagy, was inspired by the 25th anniversary concert of “Les Misérables” held at the O2 in North Greenwich, England in 2010.
The concert at O2 featured an international cast of stars, including Alfie Boe, Norm Lewis, Lea Salonga, Jenny Galloway, Matt Lucas, Nick Jonas, Katie Hall, Ramin Karimloo and Samantha Barks, together with performers from London’s Queen’s and the tour, and many of the show’s original cast.
The live concert was seen by more than 30,000 and the DVD of the event continues to be a bestseller.
Open auditions will be held on Aug 29-30 with performance dates taking place Oct. 17-19 at Keppel Auditiorium on the campus of Catawba College. With more than 100 actors, musicians and choir members on stage simultaneously, the PPT/SSO concert promises to be a stage sensation. With a Tony Award winning score featuring the songs “I Dreamed A Dream,” “Bring Him Home,” “One Day More” and “On My Own” – “Les Misérables” is the show of shows.
The story
Based on Victor Hugo’s 1862 novel of the same name, “Les Misérables” tells an enthralling story of broken dreams and unrequited love, passion, sacrifice and redemption – a timeless testament to the survival of the human spirit. Set in early 19th-century France, it is the story of Jean Valjean, a French peasant, and his quest for redemption after serving nineteen years in jail for having stolen a loaf of bread for his starving sister’s child. Valjean decides to break his parole and start his life anew after a kindly bishop inspires him by a tremendous act of mercy, but a police inspector named Javert relentlessly tracks him down. Along the way, Valjean and a slew of characters are swept into a revolutionary period in France, where a group of young idealists make their last stand at a street barricade, which culminates in the June Rebellion of France.

5 Things to Do This Weekend, plus three more