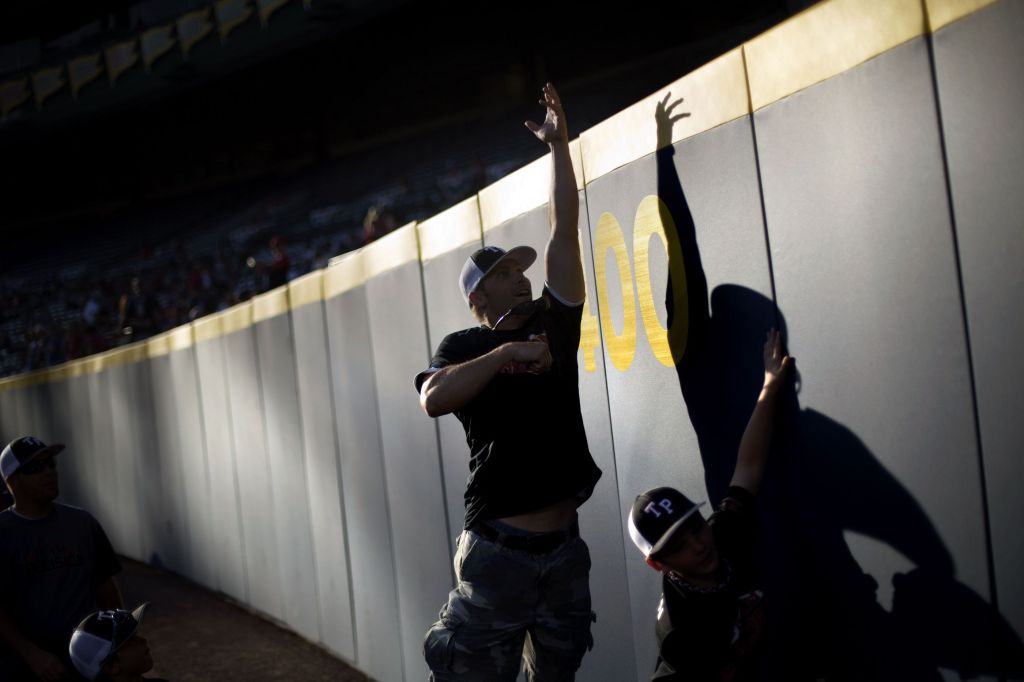 SALISBURY — Protecting players and spectators during games at baseball stadiums is serious business. That’s why Promats Athletics, the nation’s foremost manufacturer of premium protective padding and backstop netting systems, was hired this off-season to outfit eight major league stadiums, seven minor league ballparks and one sparkling new college stadium that bears the name of the All-Star outfielder who funded it.
Once orders started coming in to company headquarters in Salisbury in late February, Promats specialists started working overtime measuring, cutting, wrapping and printing an array of custom-made pads for installation at Progressive Field (Cleveland Indians), Great American Ball Park (Cincinnati Reds), Turner Field (Atlanta Braves), Yankee Stadium (New York Yankees), and St. Louis Cardinals (Busch Stadium).
At Progressive Field, where pads had been maintained in-house since the stadium opened in 1994, the Indians chose Promats EnviroZone premium padding. EnviroZone provides maximum player safety thanks to its high-density foam and heavier vinyl. In total, 450 custom-made emerald green pads were made to cover backstop and foul line wall areas, dugout railings and outfield walls, including Progressive Field’s distinctive 20-foot high wall in left field.
At Great American Ball Park, the Reds chose to outfit the entire stadium with Promats BaseZone line of padding. In total, 350 new spruce colored pads, many with digitally printed graphics were installed by late March.
Turner Field required the quickest turnaround to replace all of the pads that had been in place since 2008. After measurements were completed March 11, the Promats factory went into overdrive. Ultimately, a total of 375 new cobalt blue BaseZone pads, many with digitally printed graphics, were shipped March 31. They were installed on outfield and backstop wall areas plus dugout railings in time for the Braves home opener April 8.
Both the Yankees and Cardinals wanted to address smaller, yet time-sensitive padding needs. The Yankees ordered new high profile dugout railing padding with graphics and new bench padding both in Yankee blue. The Cardinals became a first-time Promats customer with an order for emerald green high profile dugout rail padding with graphics.
Major league stadiums were not the only job sites for Promats. The company was awarded contracts to make and install new customized pads for the Class AAA Rochester (NY) Red Wings, Class AAA Durham (NC) Bulls, Class AAA El Paso (TX) Chihuahuas, Class A Aberdeen (MD) Iron Birds plus the Bridgeport (CT) Blue Fish and Long Island (NY) Ducks of the Atlantic League.
Credit for the upswing in padding jobs goes to the 2013 acquisition of a Durst large- format digital printer that can print text and images on colored vinyl around the clock. Given the importance of stadium signage, teams appreciate the ease and speed of having Promats print sponsor logos directly onto vinyl. Whereas hand-painting wall and backstop signage in a typical ballpark might take five days, Promats can do the job in four hours. At PNC Park in Pittsburgh, the sponsor logo on a backstop pad changes so often that Promats provides custom-printed vinyl in 24 hours or less. Digital printing also eliminates problems that arise when glued-on decals no longer adhere to the vinyl.
Further boosting the company’s baseball-related workload this spring has been the growing popularity of its tension netting systems. Promats made its breakthrough by being the first company to feature UltraCross netting, which provides enhanced visibility for fans thanks to its knotless design. Promats first introduced UltraCross at Fenway Park in Boston after being hired by the Red Sox to upgrade its backstop netting prior to the 2013 season. The satisfaction expressed by the Red Sox quickly opened the door for Promats with other major league teams.
This off-season, Promats has installed new UltraCross tension netting systems at Angel Stadium (Los Angeles Angels of Anaheim) and PNC Park (Pittsburgh Pirates). In Anaheim, the netting system measures 30 feet by 120 feet and protects an area behind the backstop and adjacent to the dugout. In Pittsburgh, Promats used UltraCross to replace the old netting on the existing 32-foot by 97-foot backstop system. Besides adding new padding in Cincinnati, Promats also installed UltraCross on the existing 30-foot by 100-foot backstop system. Promats was also back again at Fenway Park to replace old hardware and cabling and to extend the backstop coverage area by 25 feet on each side by adding UltraCross. In addition, Promats also completed a new backstop system with both vertical and canopy netting for the Class AA Jacksonville Suns of the Southern League.
Even with all the pro stadium jobs this off-season, the most challenging and comprehensive job done by Promats was at the University of Illinois-Chicago during the heart of a tough winter. The company’s contributions to the new Curtis Granderson Stadium, funded in part by a $5 million contribution from New York Mets outfielder Curtis Granderson, included new BaseZone deltaF wrinkle-free padding for the outfield, foul line, and backstop walls plus the dugout railings, a backstop tension netting system and custom-made benches and cubbies for the dugouts.
The stadium, which will also be used by Chicago public schools and youth organizations, was scheduled to have its official opening with UI-Chicago alum Granderson throwing out the ceremonial first pitch before the first game of a scheduled doubleheader versus Wright State April 17.
“Innovations in padding and netting have already helped make 2014 a record year for our baseball business,” said Matt Cross, director of sales for Promats. “Our reputation for premium products and customer service has been hard-earned over 20-plus years in business and now we’re gaining recognition as a one-stop answer when it comes to ballpark safety, namely padding and netting.”

Lighting the way at Dixonville Cemetery