Cherry: Historic preservation is the ‘antidote to anywhere’ 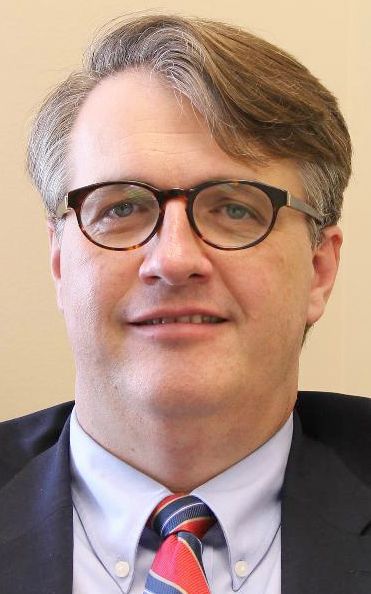 SALISBURY — Dr. Kevin Cherry says many of the nation’s communities are becoming too much alike.
Drive down highways and you’ll see development that seems the same, with no surprises, from one end of the country to the other.
“We’re living in a rapidly homogenizing world,” said Cherry, deputy secretary and director of the State Office of Archives and History. “… You could be anywhere.”
Addressing the annual meeting of Historic Salisbury Foundation on Thursday night, Cherry said historic preservation is the antidote to anywhere.
It saves the uniqueness and character of a place, besides creating jobs, providing the ultimate in recycling, increasing the tax base and attracting new investment.
Instead of an indistinguishable anywhere, historic preservation creates a “specific somewhere,” Cherry said.
“Historic preservation works, and it puts people to work,” he added. “Thus endeth the lesson that you don’t need. … You in Salisbury have made history by preserving history.”
Historic Salisbury Foundation held its founding meeting April 12, 1972. Today it has $4.3 million in total assets, of which $3.5 million is tied up in property, equipment, revolving fund properties and restricted funds. The organization carries $225,000 in debt and needs more members, Treasurer Diane Dillon Hooper reported during the business part of Thursday night’s meeting at the depot.
“We are doing as well as can be expected,” she added.
Executive Director Brian Davis reviewed the past year and how HSF fared in the areas of education, neighborhood revitalization, advocacy and preservation of historic structures.
The foundation’s biggest triumph in the last category came with the Feb. 14 sale of the 1820 Fulton-Mock-Blackmer House on South Fulton Street to Glenn and Beth Dixon.
A total restoration of the historic home, one of Salisbury’s oldest, is in full swing, and Davis predicted it might be ready for the foundation’s OctoberTour of homes by 2015.
Other properties sold as part of the foundation’s revolving fund over the past year included the 1880 Blackmer-Woodson House on North Fulton Street; the Stokes-Snider House, also on North Fulton Street; and two properties in Chestnut Hill at 814 and 820 S. Jackson St.
HSF has placed a special focus on Chestnut Hill as part of its neighborhood revitalization efforts. Barb Sorel has started an inventory of all the properties — a step toward a possible historic district nomination of Chestnut Hill to the National Register of Historic Places.
Meanwhile, HSF also has been taking options on residential properties and looking for home buyers who will renovate some of the vacant and neglected century-old houses in Chestnut Hill.
In other accomplishments during the year, HSF:
• Was host to an OctoberTour that expanded into different areas beyond the West Square Historic District and showed patrons some of the rehabilitation opportunities available in Salisbury. Fulton Heights will be a featured neighborhood in the 2014 OctoberTour.
• Foundation volunteers and contractors finished the cleanup of the Grimes Mill property off North Church Street. The historic flour mill, owned by the foundation, was destroyed by a Jan. 16, 2013, fire. Davis said 75 percent of the materials from the site were recycled. The property is for sale.
• HSF developed a new website and held various classes and lectures.
• The foundation’s biggest preservation award, the Clement Cup, went to Davyd Foard Hood, author of “The Architecture of Rowan County” and “From Generation to Generation,” a history of St. Luke’s Episcopal Church.
• HSF played an advocacy role in lobbying for the state’s not allowing preservation tax credits to sunset Jan. 1, 2015. Rowan County ranks fifth, among 100 N.C. counties, in the number of projects that have used preservation tax credits since 1976 and 10th in the amount of money invested in relation to tax-credit projects.
• The foundation also lobbied the city to reverse a policy of live-fire burns in National Register historic districts or neighborhoods determined to be eligible, such as Chestnut Hill.
Davis said the move of foundation offices into the newer section of Salisbury Station has lowered utility costs and led to a more effective office.
The foundation’s Facebook page is active with regular posts and has doubled its number of followers, Davis reported. He credited Ray Barber for strengthening the archives room and said volunteers have breathed new life into the gift shop at the Hall House.
HSF’s year was all about partnerships, Davis said, listing some of those partners as the city of Salisbury, Rowan Museum, Rowan Public Library, the Convention and Visitors Bureau, Lee Street Theatre and the Seed Foundation of North Carolina.
Cherry, who also is serving as interim director at the N.C. Transportation Museum in Spencer, spent some previous years in Salisbury as a historian at Rowan Public Library.
Today, he describes himself as the state’s pack rat-in-chief and history’s traffic cop.
“I get a lot of help,” he said, adding he thinks he has the best job in state government. “… I get to do something that matters — at least it matters to me.”
As a gift for being Thursday night’s speaker, Cherry received a writing pen fashioned out of wood salvaged from Grimes Mill. Perfect for a pack rat-in-chief
Contact Mark Wineka at 704-797-4263.