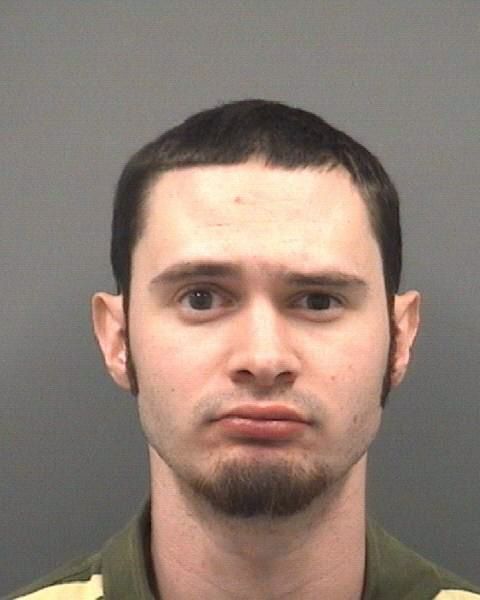 Authorities charged a Salisbury man with “huffing” a computer air duster after they were called to a disturbance in the Walmart parking lot late Wednesday night.
Salisbury Police charged Joshua Paul Haslett, 23, of the 800 block of Bringle Ferry Road, with inhaling fumes for the purpose of causing intoxication and injuring or tampering with a vehicle; both are misdemeanors.
A witness saw Haslett get out of his vehicle and try to force his way into a Ford Explorer parked nearby. The witness called law enforcement. The vehicle, authorities say, belonged to the assistant manager of Walmart, who told police she did not know Haslett. There were at least two small dents in the vehicle, a report said.
Police asked Haslett what he was doing, but his answers did not make any sense, a report said.
He told a police officer he didn’t have money to buy food even though his car contained groceries.
The report said Haslett was inhaling industrial strength computer air duster. He argued with officers that it was not illegal for him to inhale the contents because he “bought it himself,” the report said.
While the officer obtained information from the assistant manager he noticed Haslett pick up the green container and continue to inhale the compressed air.
He remains in the Rowan County Detention Center under a $1,000 secured bond. In 2010, Haslett was convicted of driving while impaired in Buncombe County and received probation.