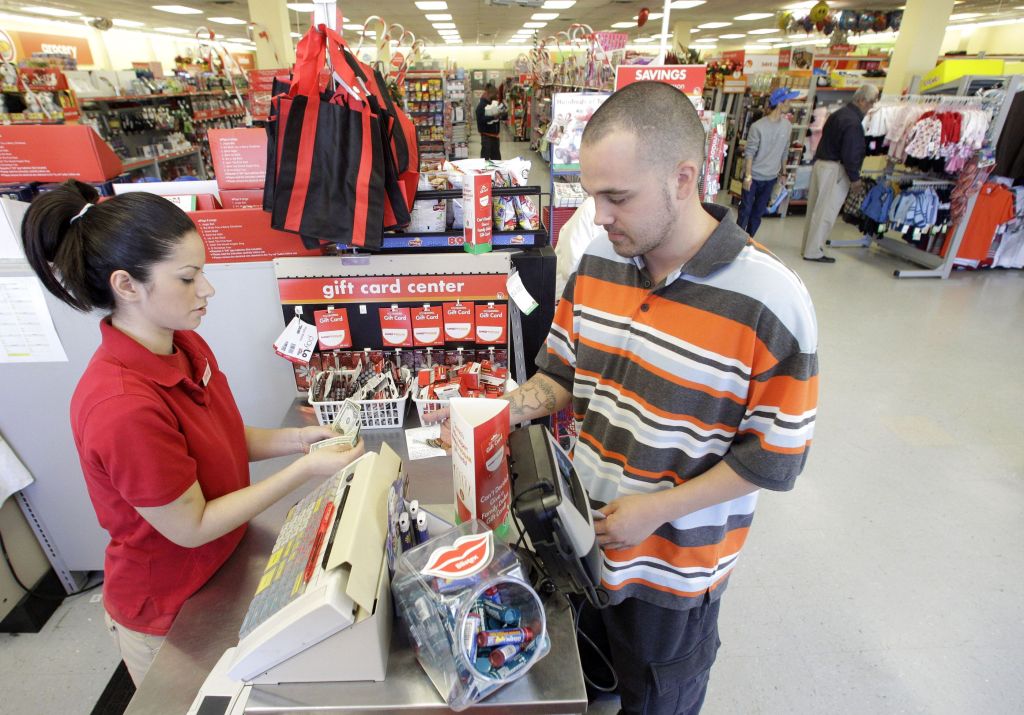 MATTHEWS (AP) — Family Dollar plans to cut some jobs and close about 370 underperforming stores as it tries to reverse sagging sales and earnings. The discount store operator will also lower prices on about 1,000 basic items.
Family Dollar did not provide details on how many jobs were expected to be eliminated.
A spokeswoman said she could not say whether any of the locations in Rowan County will close.
The company “is working to finalize the store closure plan and will disclose information on impacted locations at the appropriate time,” she said in an email.
The chain said the store closings and job cuts should reduce annual operating expenses by $40 million to $45 million, starting with the fiscal third quarter. Family Dollar Stores Inc. currently has more than 8,100 stores in 46 states.
The job cuts and store closings are estimated to result in an approximately $85 million to $95 million restructuring charge during fiscal 2014’s second half.
The Matthews, N.C., company also said it will slow new store openings beginning in fiscal 2015 to bolster its return on investment. It now anticipates opening 350 to 400 new stores. In fiscal 2014 it had about 525 new stores.
The announcement came as Family Dollar reported its profit and revenue declined in the fiscal second quarter, which was hampered by bad winter weather.
Chairman and CEO Howard Levine said in a statement that the poor weather led to numerous store closings, disrupted merchandise deliveries and higher-than-expected utility and store maintenance expenses.
The quarter that ended March 1 included the critical holiday shopping season, which Levine said was “challenged” because shoppers had tighter financial constraints and rivals were more promotional.
Family Dollar reported that its net income dropped to $90.9 million, or 80 cents per share, from $140.1 million, or $1.21 per share, a year earlier. Revenue fell to $2.72 billion from $2.89 billion. Analysts surveyed by FactSet expected earnings of 90 cents per share on revenue of $2.77 billion.
Last year’s quarter included one extra week.
Family Dollar said it believes the bad winter weather hurt its earnings by at least 5 cents per share.
Sales at stores open at least a year, a key gauge of a retailer’s health, declined 3.8 percent. This figure excludes results from stores recently opened or closed.
Levine said the company’s quarterly performance was below its expectations and that it’s started a review of the business to increase operational efficiencies and boost its financial performance. Levine said the price cuts, store closings and job eliminations are part of actions it is taking immediately to lift its performance during the review.
Looking ahead, Family Dollar anticipates third-quarter adjusted earnings of 85 cents to 95 cents per share. Fourth-quarter adjusted earnings are expected in a range of 75 cents to 85 cents per share. Fiscal 2014 adjusted earnings are predicted between $3.05 and $3.25 per share.
Wall Street is calling for third-quarter earnings of 98 cents per share, fourth-quarter earnings of 84 cents per share and full-year earnings of $3.38 per share.
Shares of Family Dollar rose 48 cents to $59.55 in morning trading Thursday.