Without Tiger, an open feel to the Masters 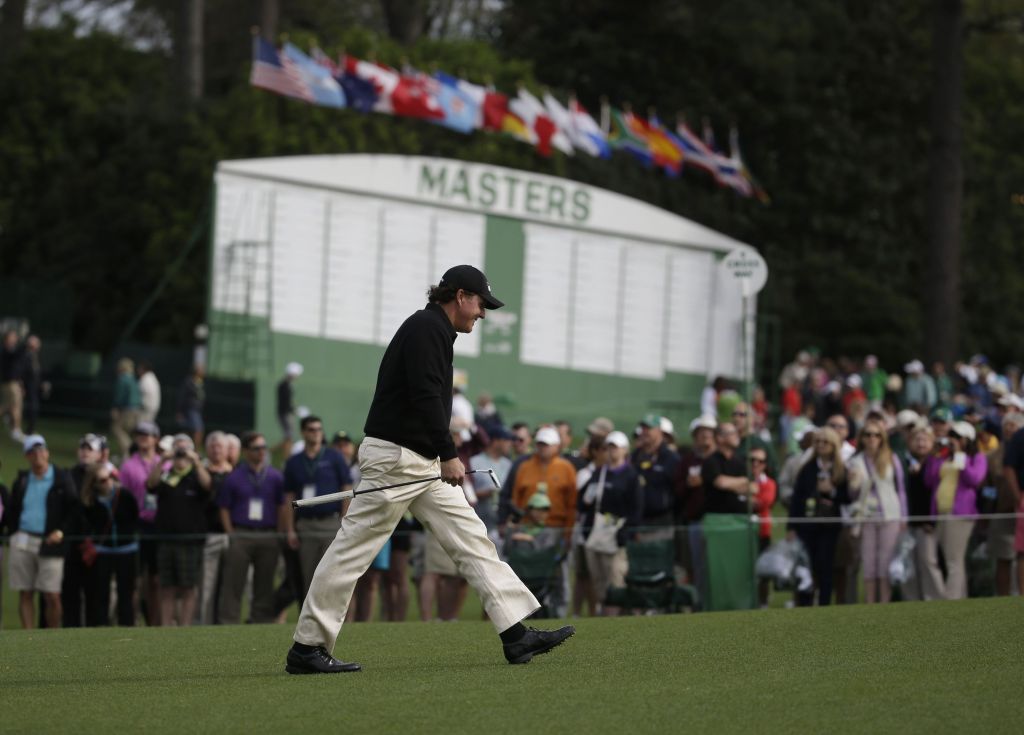 AUGUSTA, Ga. — One after another, some of the world’s best players and favorites to win the Masters trudged up the hill on the opening hole to start their practice rounds.
Phil Mickelson. Rory McIlroy. Adam Scott.
It was typical of any Tuesday at Augusta National, except for the scoreboard to the right of where they were walking. The board has the names of all 97 players in the field, with blank boxes to put their scores when the tournament begins. On the far right side of the board is a list of this year’s noncompeting invitees.
Tommy Aaron. Doug Ford. Tiger Woods.
“It’s a weird feeling not having him here, isn’t it?” said Phil Mickelson, a three-time Masters champion and the chief foil for Woods over the years. “He’s been such a mainstay in professional golf and in the majors. It’s awkward to not have him here. I hope he gets back soon. I hope he’s back for the other majors. As much as I want to win — and I know how great he is and tough to beat — it makes it special when he’s in the field and you’re able to win.”
Woods hasn’t been the same all year, even before back surgery last week. He is missing the Masters for the first time. His presence looms as large as some of the Georgia pines lining the fairways, though it will be forgotten when the opening shot is in the air Thursday.
This year, his absence has brought talk of the most wide-open Masters in nearly 20 years. Las Vegas has installed Scott and McIlroy as the betting favorites at 10-1, followed by Mickelson, Jason Day and Matt Kuchar at 12-1.
Told that 97 players were in the field, McIlroy figured 70 had a chance to win.
“There might be a few first-timers or a few amateurs that won’t compete,” McIlroy said. “But then you’ve got the rest.”