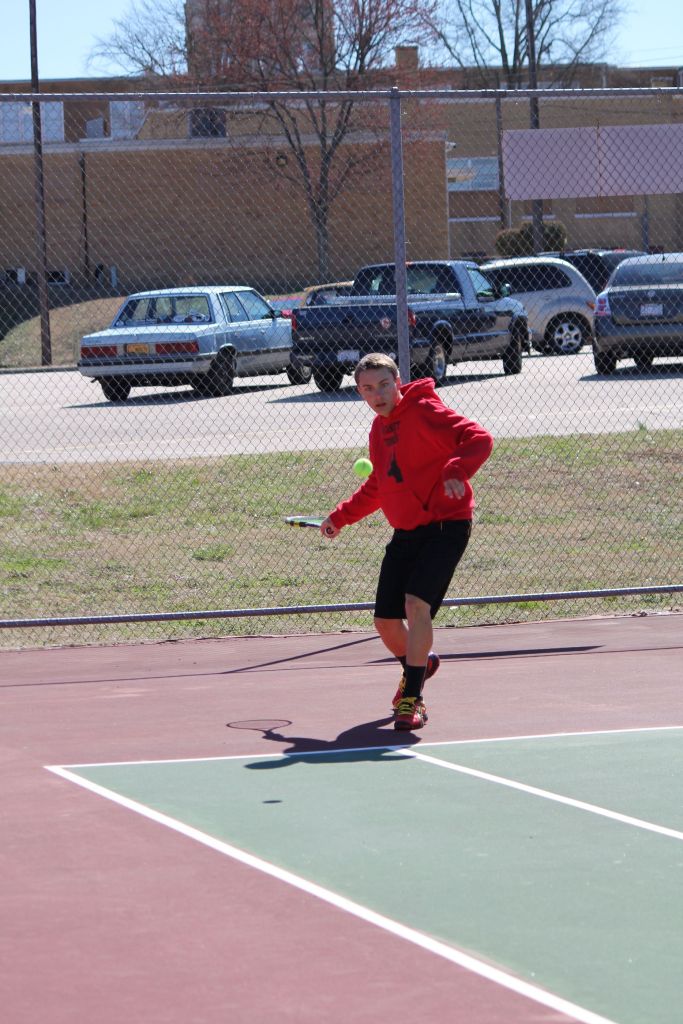 Rain wiped out Monday’s prep athletics, including two key tennis matches.
Salisbury-West Davidson was rescheduled for today in Tyro.
Salisbury (13-0) leads the CCC by one game over the Green Dragons. Salisbury handed West Davidson its only CCC loss in mid-March.
A win would clinch Salisbury’s fifth straight outright CCC championship.
• East Rowan-Central Cabarrus tennis was washed out at Central and rescheduled for Friday. The Mustangs and Vikings have been the top two teams in the SPC.
• The Salisbury-West Davidson soccer match also is a big one, as both teams have started 3-0 in the CCC.
Their meeting was washed out Monday and rescheduled for today at Ludwig Stadium.
The Kannapolis Intimidators (2-2) were washed out on Monday at home.
They are scheduled to play two seven-inning games today against Hickory.
The opener of the doubleheader starts at 4. Gates open at 3:30 p.m. One ticket is valid to attend both games.
• Durham’s Jerry Sands hit his second homer of the season on Monday.
The former Catawba slugger had two hits and two RBIs in the Bulls’ 8-1 win against Charlotte.
Appalachian State’s Dillon Dobson was named Southern Conference Player of the Week. Dobson had three homers and 12 RBIs in a two-game spree.
In the Thursday Scramble at Rolling Hills, Sonny Wilson, Johnny Carpenter and Bill Hall and Lee (no last name available) won the front nine, while Bill Horner, Mike Beaver, Butch Lambert and Henry Morgan were winners on the back nine.
Andre Metcalf, Morgan and Dan McCombs were closest to the pin winners.
The FCCA Green Dragons lost two regional matches over the weekend. Colin Donaldson and Oscar Enciso scored goal for the Green Dragons, who will compete in the First Strike Tournament this weekend in Concord.
Daniel Hemric (South Rowan) finished fifth in the Southern Super Series 125 held in Nashville on Saturday.
Bill Cheek of Raleigh, Jack Embree of Asheboro, Larry Leatherwood of Waynesville and Jeter McKinley of Kannapolis are the recipients of the eighth annual Golden Whistle Merit Award for their contributions to sports officiating,
McKinley attended W.R. Odell High and started officiating intramural basketball in college in the 1950s. He joined the Metrolina Athletic Officials Association in football and basketball in 1976 and later added baseball, soccer and softball.
McKinley’s biggest impact on officiating since 1999 has been as a clinician, trainer and evaluator in football, basketball and baseball.
He is known as an expert on game rules, training and mechanics.
He has served as a mentor for many officials and as ambassador for officiating in a variety of sports.