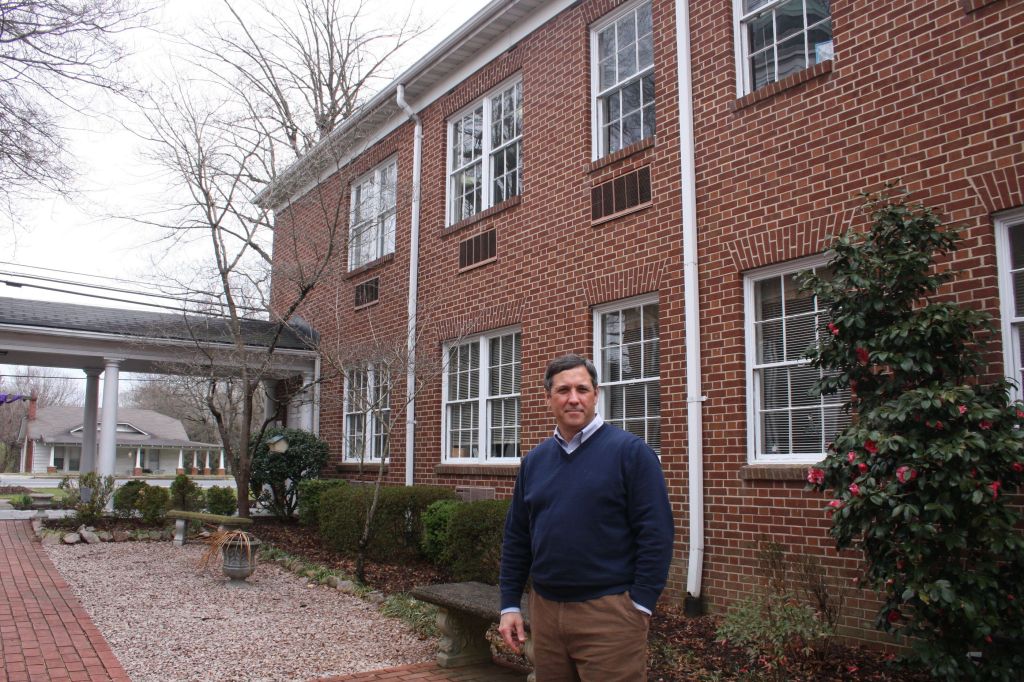 So it’s perhaps not surprising that its executive director, Ed Hosack, has been preparing for a three-month sabbatical beginning today.

Hosack, 54, quickly points out that the break was not his idea.

“The entire staff deserves one,” he says, “but I happen to be the fortunate one who was given this gift by our very wise and insightful board of directors.”

Hosack will soon mark 10 years in his current position. He came to CCM after a career in textiles.

“My personal goal was to leave the industry at 50,” Hosack says, who had been a division manager.

Pillowtex closed when he was 44.

He and his wife, Judy, considered leaving town, so that he could pursue other jobs in textiles.

“But we really felt called to stay and be a part of the solution here in Cabarrus County,” he says.

For 10 years, Hosack ran a ministry for unemployed workers. In 2005, CCM approached him when its previous director retired.

“It was the answer to the question of ‘God, what would you have me do?’ ” he says.

Since then, CCM has doubled in size.

“Cooperative Christian Ministry exists because our community considers what we do to be relevant and effective,” Hosack says.

Harris Morrison has worked with Hosack as immediate past president of CCM.

“Ed is one of the most efficient and compassionate servant-leaders I’ve ever worked with,” Morrison says. “He’s just a tremendous asset to that organization. He led it at a challenging time when the demands for our services were at their peak.”

CCM’s crisis center is located in Concord. Until a couple of years ago, that’s where the executive team was housed as well.

But Hosack realized the crisis center needed more space, and also realized the need for the administrative leadership to be taken “out of the chaos.”

About that time, Second Presbyterian Church in Kannapolis offered the second floor of its educational building for space.

“It was a great match,” Hosack notes. “It gives us more presence in Kannapolis, and that’s a good thing.”

At the crisis center, Hosack says, assistance is given to help families stay in their homes — to keep the utilities on, give help with medicine, keep families together.

“When they lose their homes, that’s when you start to see families breaking down,” he says.

“With the people who have needs, they don’t see the county line,” he says. “We can be generous with food and do things with food that we can’t with funds.”

CCM distributes more than 1 million pounds of groceries each year.

In Kannapolis, CCM coordinates with local churches to host Samaritan’s Table four evenings a week: Mondays at First Baptist, Tuesdays at First Presbyterian, Wednesdays at Trinity United Methodist Church, and Thursdays at Kimball Lutheran. Other churches bring in meals. Altogether, some 17 congregations participate in this effort.

These meals serve anywhere from 35 to 60 people a night.

“Poverty and hunger know no boundaries,” Hosack notes. “It’s not seasonal. It’s their entire lives. They need help almost on a daily basis.”

But the meals are open to anyone. People who live alone, Hosack points out, may come because of the social aspect. “During extreme weather months, we have individuals coming who don’t have heat or air conditioning. They will come early and stay as long as you let them.”

In July 2013, CCM turned over its emergency shelter to the Salvation Army, in order to expand its other shelter programs. The agency has chosen to concentrate on shelter ministries that serve families, which is where the growth in the homeless population is occurring.

My Father’s House is a church-based family shelter program. CCM took over this ministry in 2010.

“We see this as a vital part of our responsibilities to families in Cabarrus County,” Hosack says. “This has been a wonderful ministry.”

Thirteen host churches participate, with families spending a week at a time at each.

There is also a Mother’s and Children’s Ministry, an 18-bed facility for homeless mothers and their children, located on the campus of Forest Hill United Methodist Church.

And there is transitional housing that Hosack terms a teaching housing program. The 24 units include 20 houses and four duplexes. Families participate in a two-year-long, structured program, during which they are responsible for utilities and rent, based on their level and ability to pay. Money is placed in escrow for them, and over time, they build up an account, as they work to make the leap to independence.

They’ll go to a place of their own, to work with Habitat for a home, or to stay in the home they’re in during the program.

To manage all of these programs, Hosack relies on a staff of 15 full-time and eight part-time employees, along with hundreds of volunteers.

CCM has chosen to fan out into the communities it serves, Hosack says, “because so much of the need out there is not on Main Street. We go where people are. Part of our approach in starting a new ministry is to trust God to supply the facilities.”

Bob Suddreth spends the night at his home church, Forest Hill, whenever it hosts My Father’s House.

Suddreth has been chair of CCM’s board since January. He likes the fact that the organization offers a hand up versus a handout.

“We’re really fortunate to have Ed,” he notes. “What you desire in an executive director is someone who has a passion of the job and whose integrity is beyond reproach. We’ve got both of those in Ed.”

Suddreth says that the sabbatical provides Ed with an opportunity to “step away for a 90-day period and recharge his batteries, to come back better than ever. Ed will be a better advocate for the community and for CCM, having gone through this.”

The staff and board are supportive, he adds, and are eager to step up and help during Hosack’s absence.

Soon, Hosack will make a “total separation for the issues and concerns of ministry.”

“This is a well-deserved time to rest, to reflect and to study,” Morrison says. “It will be good for Ed, and good for the organization, so that other people can stretch their wings a little.”

A sabbatical is fairly common practice in the faith community and in higher education.

“That’s what makes it different from a vacation,” Hosack explains. “If you have your cellphone on your hip, you’re still at work. That can’t happen. I am charged with honoring that.”

The majority of the time, the Hosacks will be spending time at either the beach or mountains.

“We will use this time for rest, reading and searching out how God is intending to use this time of rest for us,” Hosack says. “We’re just going to lay our responsibilities down for a period of time.”