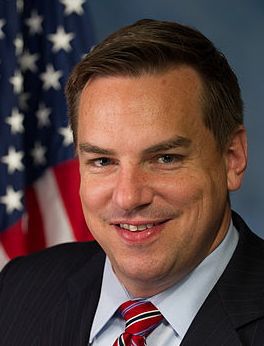 Davidson College will host a debate April 22 between the four top-polling GOP candidates for U.S. Senate. Republicans Greg Brannon, Heather Grant, Mark Harris and Thom Tillis are competing in the May 6 primary to run against Democrat incumbent Kay Hagan in the November election.
There is no charge to attend the debate, which begins at 7 p.m. in Duke Family Performance Hall on the Davidson campus. However, all attendees must register ahead of time at www.charlotteobserver.com/politics. Doors will open at 6 p.m., and a dessert reception will follow the debate.
The event is co-sponsored by Davidson College, Time Warner Cable News and The Raleigh News and Observer. Time Warner’s “Capital Tonight” anchor Tim Boyum will moderate the hour-long debate. A panel of three journalists will question the candidates: Charlotte Observer Editorial Page Editor Taylor Batten, Raleigh News & Observer Government Reporter Lynn Bonner, and Time Warner Cable News Senior Political Reporter Loretta Boniti.
Time Warner Cable News will air the debate live on Channels 14 and 200, in addition to streaming it live on TWCNews.com and via the TWC News app. It will also be live streamed on charlotteobserver.com and newsobserver.com .
The press release was titled: “Hudson Defends Servicemembers’ Right to Tobacco.”
U.S. Rep. Richard Hudson, a Republican whose 8th District includes part of Rowan County and who sits on the House Agriculture Committee, had this to say about a potential ban on tobacco use and sales on Navy bases, ships and Marine Corps facilities:
“Each and every day, our servicemen and women risk their lives, devoting themselves fully to defending the United States in the face of growing national security threats. The fact that a ban on sales of a legal product is even being considered is absurd and just another example of this Administration’s desire to regulate every part of our lives,” Hudson said.
“Instead of making unilateral decisions that encroach on the rights and personal freedoms of our servicemen and women, (Secretary of the Navy Ray) Mabus should focus resources on preserving the readiness of our Navy and maintaining our national security. I will continue to fight to protect the rights of our American patriots who dedicate their lives to defending our freedom, securing our homeland, and protecting our democracy.”
According to the news release, Hudson has written a letter, signed by nearly 20 members of Congress, urging Mabus “to focus resources on projects that directly impact operations and national security rather than a review of tobacco use and sales in the Navy.”
And he’s joined with two other congressman to request a prohibition on funds from the next defense appropriations bill from being used to review or end the sales and use of tobacco in the military.
On this issue, looks like Hudson’s serious — in other words, not just blowing smoke.
The Rowan County Democratic Party launched a new website this week, www.rowancodems.com . It’s got information on voting laws, how to find out where you vote, affiliate groups, a candidate directory and more. It’s also got a clock counting down to election day and a photo gallery, though that page didn’t yet have anything on it Friday.
The Rowan County Republican Party’s website at www.rowanrepublicans.org has similar information and resources. Along with voter information, there’s a page for the party platform and another with a list of quotes by notables ranging from Mark Twain to Ronald Reagan.
Primary elections will be here before you know it. The Post will be previewing races starting Sunday with the eight Republicans running for three spots on the November ballot for Rowan County Board of Commissioners.
We’ll follow up with the other races local voters will decide and wrap up those reports in a special section April 20.
Some important upcoming dates: April 11 is the last day to register to vote or make changes to registration records; early voting starts April 24 and ends May 3; April 29 is the last day to mail absentee ballots; and May 6 is primary election day.
Another date to remember, April 15, when the Rowan County Chamber of Commerce, Catawba College and the Post will host a forum for candidates in the Rowan County commissioners race and the two Republicans, incumbent Harry Warren and challenger Chad Mitchell, in the 77th N.C. House race.