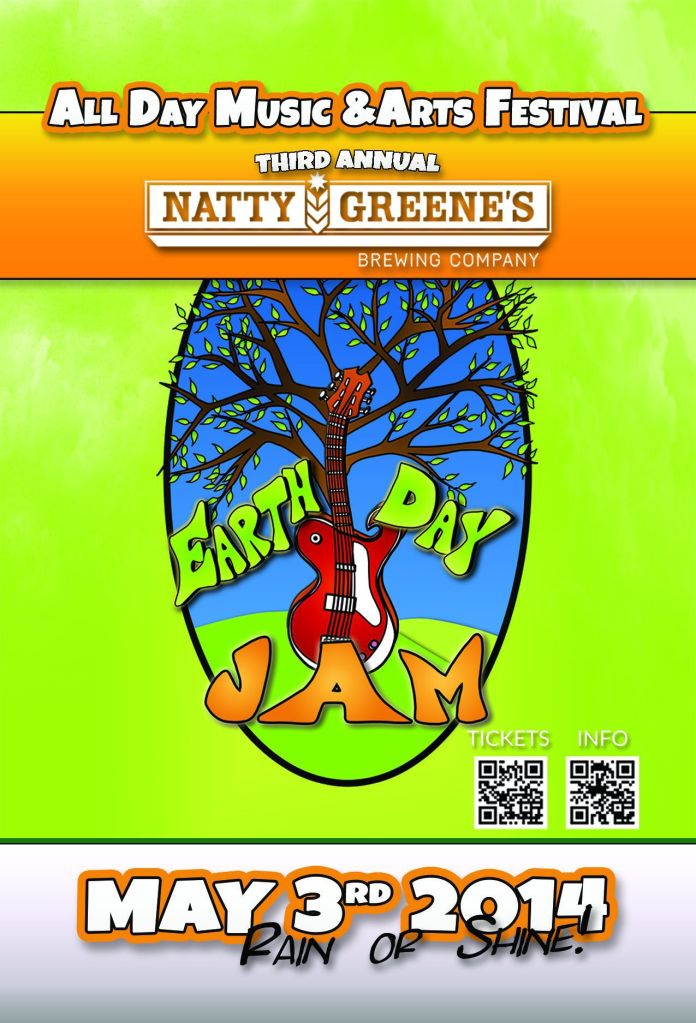 SALISBURY — Joe Morris delivered some great news to the others about halfway through Tuesday’s committee meeting.
Natty Greene’s Brewing Co. in Greensboro, sponsors again of the Earth Day Jam here, will be promoting this year’s May 3 event by placing 25,000 stickers on six-packs of its beer sold throughout the region.
Customers bringing that six-pack carton with the sticker to the Earth Day Jam at Saving Grace Farm will receive $10 off the general admission price.
Besides that, the stickers are a great way to spread information to all parts of the region — Natty Greene’s distribution area — about the Earth Day Jam.
“That’s a huge marketing breakthrough,” said Morris, development director at the LandTrust for Central North Carolina. “Isn’t that fantastic?”
Indeed it was exciting news for committee members who are preparing for one of the bigger musical concerts (and arts festival) in Rowan County. Last year’s jam drew 600 people, and Saving Grace Farm could easily deal with twice that number.
This year’s jam offers 16 bands throughout the day and night, including headliners such as The New Familiars and Big Daddy Love.
But Ashley Honbarrier and Stacey Carter, pretty much recognized as the founders of Earth Day Jam, say they want the day’s environmental message to be what people remember most.
They see Earth Day Jam as raising awareness for environmental issues and providing educational opportunities that promote sustainable farming, local food, conscious environmental choices, energy conservation, protection of resources and natural healing.
Carter and Honbarrier also would like to take their love of Mother Earth message beyond Earth Day Jam and come up with an ongoing mission project throughout the year.
Besides the bands, which will play into the early morning hours of May 4, the Earth Day Jam includes lots of kid’s activities, or simply room for children and adults to play.
There also are 30 vendors, the educational booths, food and Natty Greene beers.
All proceeds benefit The LandTrust of Central North Carolina and Saving Grace Farm.
Morris praised Natty Greene’s discount offer because the $10 off is actually more than a $8.99 six-pack of beer.
Ticket prices are $20 in advance and $25 at the gate May 3. (See the accompanying box for details.)
Honbarrier, Carter, Morris and Jill Hobin of Saving Grace Farm led the recent committee meeting and went over preparations for everything under the sun — and that’s what they all are praying for May 3 — sun.
Nancy Gaines gave an update on vendors. Mike Miller reviewed all the media spots that will be promoting Earth Day Jam, and he also brought with him 75 posters for the committee members to spread around town.
Miller played the radio advertisements for the room, and the committee applauded at the end.
“It makes me want to buy a ticket,” Morris said.
Diana Theiss spoke of the volunteers she’s getting together, and audio engineer Russell Wilson went over all the stage setup questions he and creative director Jerod Jacobs of Six Foot Kitten had.
An event such as this requires vendors, volunteers, a hospitality tent, portable toilets, a website, parking, zoning permits, security, fire department availability, stage construction, sound system, lighting, T-shirt sales, posters, tickets, media promotion, generators, fuel and bottled water.
“The big question mark is ice,” Morris said at one point. “We’ve got to find an ice person.”
Carter quickly had someone in mind.
The committee is working with an $11,660 budget, and it has or made requests for sponsorships, pledges and grants to cover that amount.
The group is hoping for a $2,000 arts grant and a $1,000 tourism grant.
This year’s main stage will be a little bit larger, thanks to arrangements by Miller.
Wilson said some efforts have to be made this year to prevent long-term parking behind the stage. Parked vehicles presented some loading and unloading problems last year for bands in the evening.
“It stayed pretty much on schedule though last year,” said Honbarrier, who is a member of Big Break.
Earth Day Jam tends to be more about kids and family during the day, and a crowd more interested in the music settles in at night.
Committee members say there’s something therapeutic about Saving Grace Farm, where Hobin is president and Carter is an instructor and equine specialist.
Morris described how Earth Day Jam at the farm becomes “a harmonic experience.”
But enough of that. Many things remain to be figured out before May 3.
One of the pressing questions: Will there be a free fruit table again?
Contact Mark Wineka at 704-797-4263, or mwineka@salisburypost.com.