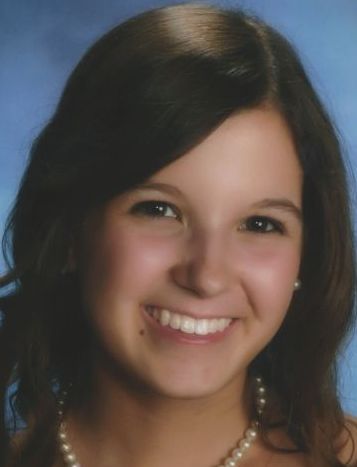 Three Salisbury High School seniors are among the approximately 15,000 finalists announced by officials of the National Merit Scholarship Corp.
Samantha Washko is the daughter of Dr. Ken and Nancy Washko of Salisbury.
She is a National AP Scholar with Distinction, a STEM Scholar with Distinction and a member of the National Honor Society.
Washko has been a passionate ambassador and volunteer for the Hendrick Marrow Program, Be the Match Foundation and Jeff Gordon Children’s Foundation and has lobbied for more cancer research funding in Washington, D.C., on Childhood Cancer Action Day.
She has a record of community service with the Junior Civitan Club and the Salisbury Youth Council and has served as an assistant Sunday school teacher. Washko is also the recipient of the Civitan Clifford Peeler Humanitarian Award and the Hornet Pride Award for the highest level of community service.
Washko is a ballet dancer with the Piedmont Dance Theater and has been dancing for more than 13 years.
She plans to pursue medicine and specialize in oncology.
Erin Nicole Roy is the daughter of Angela and Samuel Roy.
Roy volunteers in the postpartum unit at Novant Health Rowan Medical Center. After caring for several babies born with methadone addiction at the hospital, she organized an awareness day in which she gave a presentation at Rowan Public Library about methadone and its effects on babies.
Roy has been a volunteer at the Summer Academy of Math and Science at Salisbury High, a Saving South Sudan Benefit event and a dental volunteer at the North Carolina Missions of Mercy Clinic.
Roy is also involved in the Rowan County Teen Court program as a jury member and co-counsel prosecuting attorney.
At Salisbury High, Erin is co-president of the Environmental Club, treasurer of the Latin Club and is involved in the Junior Civitan Club and the National Honors Society.
This fall, she plans to attend the University of North Carolina at Chapel Hill and major in psychology.
Nicholas Greene is the son of Bill and Cora Greene of Salisbury.
He is an AP Scholar of Distinction and is in the National Honor Society.
He was a member of the varsity soccer team that won the conference championship last year and won the state championship this fall. He also runs track and cross country. His team won the conference championship this year.
Greene received his Eagle Scout honor with his project to complete the landscaping behind the Norvell Theater in downtown Salisbury.
He is a Junior Civitan, a Junior Rotarian and won Salisbury High’s outstanding service and scholastic achievement awards. Greene has worked backstage with several Piedmont Players’ productions.
Greene plans to attending the University of South Carolina’s honors college next fall, where he has been awarded the prestigious McNair Scholarship. Greene will pursue a degree in business and economics.