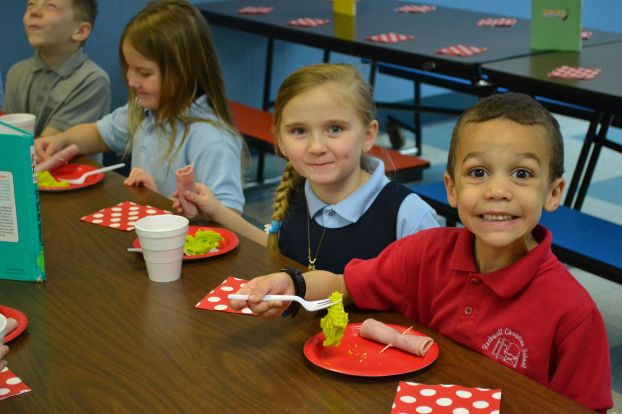 The elementary classes at Rockwell Christian School enjoyed a week filled with adventures — the Dr. Seuss way. Throughout the week, the students wore crazy socks to correlate with “The Fox in Socks” book and crazy hats in honor of Dr. Seuss.
The week’s finale included a visit from several Seussical characters — Things One and Two, Yertle the Turtle, the Blue Fish and the Spotted Leopard from the book, “Put Me in the Zoo.” The surprise mystery reader was none other than the Cat in the Hat.
The day began with a special Seussical snack of green eggs and ham which was served by Thing One and Thing Two. Their fun-filled day ended with the other characters assisting the students in a Seussical scavenger hunt adventure.