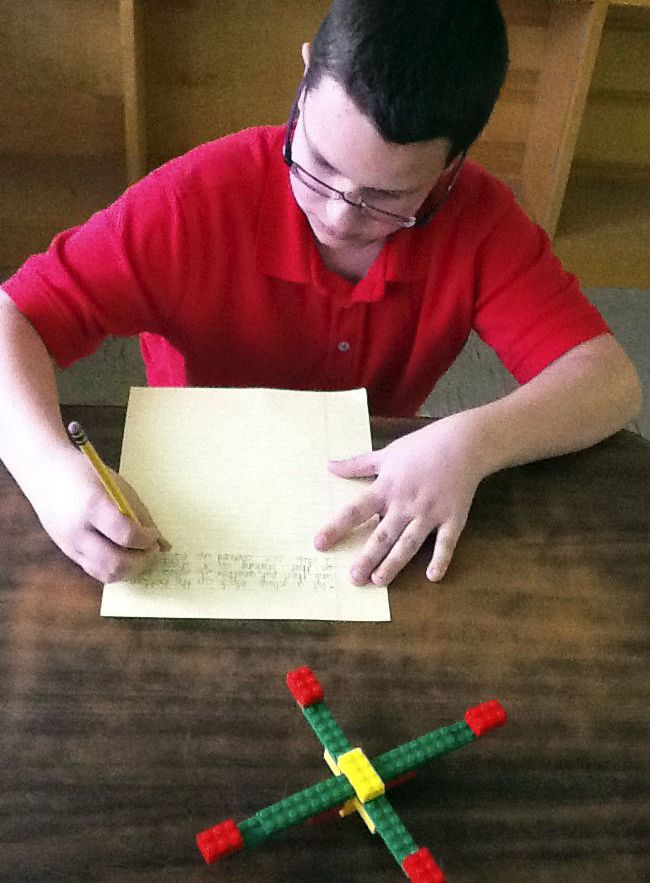 Although he admitted he’s nervous, Brady is looking forward to the competition.

“The first thing is just to have fun and learn something, then trying to place,” he said.

Holden, who’s been on the team for two years, said, “It’s a lot of fun to go to competition.”

He added that medaling makes it “all the better.”

“It’s an experience like no other that you can’t get anywhere else,” Brady said.

The North Carolina Science Olympiad is a nonprofit organization that focuses on making STEM — or science, technology, engineering and math — concepts fun for elementary, middle and high school students through competitions across the state.

Students form teams and compete in events such as “Write it, Do it,” “Disease Detectives,” “Wheeled Vehicle,” “Sounds of Music” and “Elastic Launch Glider.”

Knox is the only middle or high school in the Rowan-Salisbury School System to have a Science Olympiad team. Koontz Elementary also has a team.

The team, which is in its third year, was brought to Knox when it was transforming into a STEM school.

Students spend quite a bit of time preparing for the regional competition, typically beginning in November. They practice each Monday, and spend a substantial amount of time studying beyond practice times.

“All their study time is on their own time,” said Greg Stienbarger, Knox’s head coach for Science Olympiad.

He added that team members are typically exempt from the science fair because they spend so much time preparing for competition.

Stienbarger said Knox goes up against “national level competition every year” at the regional competition in Charlotte, where they compete with students from Mecklenburg, Cabarrus and Stanley counties.

“There are a lot of good teams,” Brady said.

He said he took 29 students to the regional competition this year. He said there was such a strong interest in Science Olympiad this year that he had to form a partial junior varsity team in addition to a full varsity team of 18.

This year, they placed 12th overall, an improvement from 19th last year.

Stienbarger said you can tell that the students are understanding science better each year.

Holden and Brady won first place in the “Write it, Do it” event, a team event where one member views an object constructed of Legos, beads, magnets, pipe cleaners and other common objects and writes down how to build the object without any pictures or diagrams. The second teammate then has to use the directions to recreate the object.

Their success earned them a place in the “Write it, Do it” statewide competition held at N.C. State’s Reynolds Coliseum April 24 and 25.