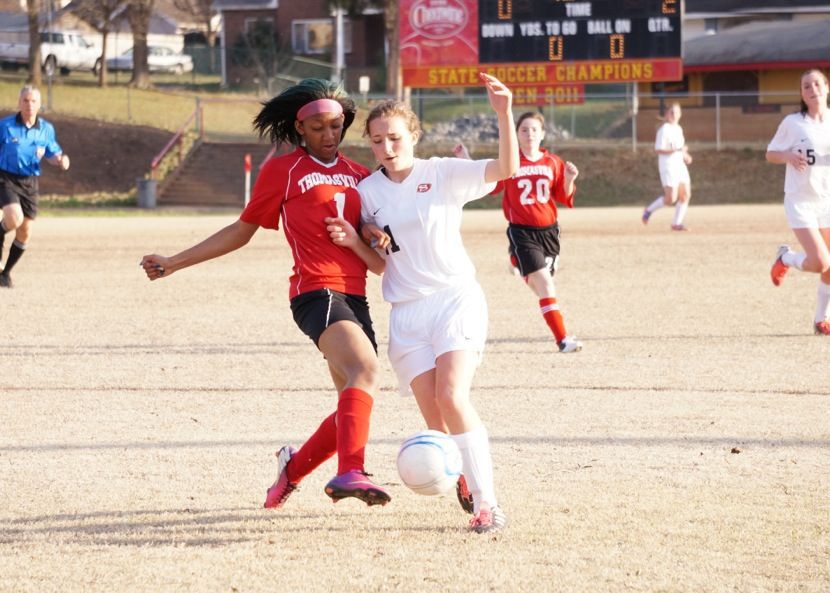 Salisbury improved to 7-1-1 and 3-0 in the CCC with a 6-0 victory over Thomasville on Wednesday at Ludwig Stadium.
Salisbury scored early and was able to rest starters for tonight’s match against West Rowan and got some experience for girls working for more playing time.
“We demonstrated true teamwork, unselfishness, and camaraderie,” Salisbury coach Matt Parrish said.
Ceci Cardelle started the scoring less than two minutes in off of an assist from Kate Grant.
Ashlyn Heidt made it 2-0 eight minutes later, finishing a shot delivered by Susannah Dixon.
Freshman Abby Lee, sister of former players Alex and Allison, was tackled in the box by Thomasville’s keeper, and Parrish picked her for the penalty kick.
“She placed the ball and confidently buried it just inside the left post and past the keeper who had guessed correctly,” Parrish said. “The girls were ecstatic, I was ecstatic, and the fans were ecstatic. It was awesome. There is almost nothing that can compare to watching a player score that first career goal. It is the reason why I coach.”
Dixon scored the fourth goal off of an assist from Shelby Holden. Heidt then finished a left-footed shot to the back post for a 5-0 lead.
Then, new history repeated itself. Freshman Juliana Anderson came out of goal and put on a jersey.
“I put her up top and Kate (Grant) found her from about 12 yards out,” Parrish said. She turned and fired a shot to back post, scoring another Hornet first career goal. It says a lot about who she is, both from an athletic and awareness point of view.”
Grant was a leader for the Hornets.
“I cannot say enough about her play,” Parrish said. “She worked so hard to give players the opportunity to leave their mark. She demonstrated everything I could hope to ask for in a captain and a teammate.”
Also playing well for the Hornets were Amelia Steinman, Gracie Nunez, Kathryn Rusher (who just missed two headers on corners) and Casey Roswarski.
Salisbury is in action tonight versus West Rowan, renewing the oldest rivalry in Rowan girls soccer history. Game time is 6 p.m.