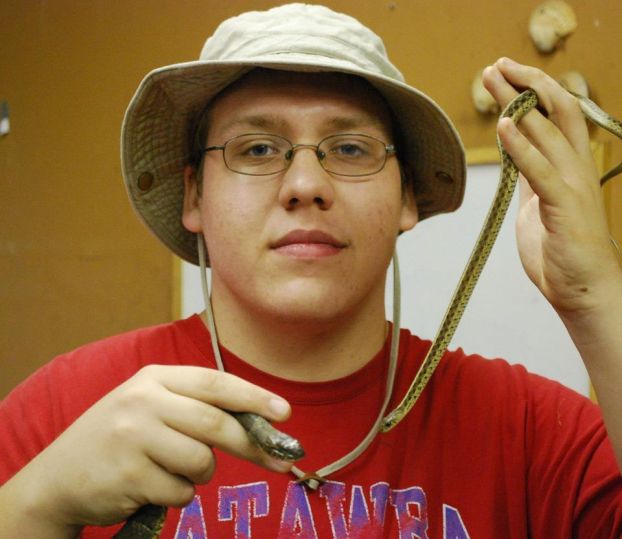 CULLOWHEE — Wendy B. Fontenot and Raiza D. Jaimes, both of West Rowan High School, and Lee A. Freeze of South Rowan High School attended seminars held at the N.C. Center for the Advancement of Teaching, a recognized national leader in professional development programming for the state’s teachers.
With the goal of increasing teacher effectiveness to improve public education, the N.C. Center for the Advancement of Teaching provides teachers with new knowledge, skills, teaching methods, best practices and information to take back to their classrooms.
The center conducts interdisciplinary, topic-specific seminars for pre-kindergarten through 12th-grade teachers.
Dr. Gary Freeze, professor of history at Catawba College, has had several recent accomplishments.
He was the guest speaker at the 50th anniversary of the Newton-Conover Rotary Club in January, with a talk focused on community contributions by Catawba’s benefactors during the Cold War era, particularly those of longtime trustee Claude S. Abernethy.
In February, the Bethania Historical Society honored him at its annual meeting for his historical research on the North Carolina Piedmont. Members of the Womble Carlyle law firm hosted the event.
In March, Freeze served on the program committee for the spring meeting of the Historical Society of North Carolina and represented the society at a reception held for retiring historians at Elon University.
In April, Freeze will be featured at the premiere of the latest installment of “A Ramble Through Rowan’s History,” on the Civil War in the county. Filmed last summer, it will be shown at 7 p.m. on Thursday, April 10 at the Rowan County Library.
Christopher Bolick, a junior honors student at Catawba College, has published his first biological note in the peer-reviewed journal, “Herpetological Review.”
His note, which appears in issue No. 1 of volume 25, regards a new county record for the Scaphiopus Holbrookii, or Eastern Spadefoot Toad, in Washington County, Tenn.
Chris and his brother, Scott Bolick, located live specimens of the Eastern Spadefoot Toad on Liberty Church Road in Washington County. Two other localities within the county were also identified as being home to the Eastern Spadefoot Toad.
Chris reported that when he and his brother located the toads, they were not actually looking for them, but rather “walking the roads looking for amphibians that may have been out after some afternoon rainstorms.” The two were surprised to see the toads which they believed “were well outside of their range.”
Chris added that he and his brother’s sighting of these toads was “my first time seeing Spadefoots in the wild.”
More than 10 acts will be performing on Friday, March 11, at North Rowan Middle’s annual talent show, “Mavericks’ Got Talent.”
This year, students have prepared and auditioned acts for singing and dancing for a night of talent at it’s height.
The show begins at 6 p.m. in the gym, following the Spring Dance. Admission is free, with concession sales going to benefit the North Rowan Middle School Parent-Teacher Association.
The Rowan-Salisbury School System’s Student-Parent Handbook and the code of conduct is being reviewed for possible policy additions, deletions, and modifications. A proposal for next year will be presented to the Board of Education in April. You may provide input or send recommendations by mail, fax, email or online at www.rss.k12.nc.us (click on code of conduct suggestions icon located on right side of homepage). Forms are also available at each school site. All input is due on or before Thursday, May 1, 2014.
Please send feedback to:
Rowan-Salisbury Schools
Attn: Nathan Currie, Assistant Superintendent
P.O. Box 2349
Salisbury, NC 28145-2349
Fax Number: 704 – 630 – 6041
Email: currienj@rss.k12.nc.us