Resource officers back at all county middle schools 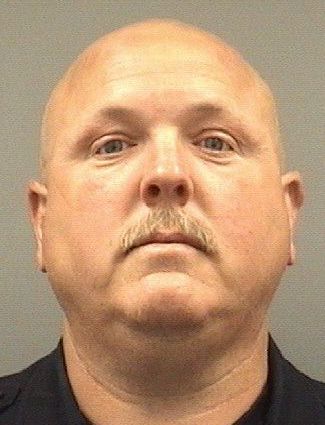 Thanks to a grant from the North Carolina General Assembly, all of Rowan-Salisbury’s middle schools have a school resource officer again.
Superintendent Dr. Lynn Moody said that parents name safety as the top priority for their children at school.
“Safety’s No. 1,” she said, adding that reinstating school resource officers in local middle schools is a “proactive way” to achieve that goal.
Middle school is an “optimum time” to have resource officers in the schools, according to Sheriff Kevin Auten.
“We’re glad to get them back in the schools,” he said.
The $7 million grant provides funding for school resource officers in elementary and middle schools throughout the state. The Rowan-Salisbury Board of Education applied for the grant in September and was awarded the funds in December.
The state will provide $234,000 to the Rowan-Salisbury School System for training and to pay the resource officers over the next two years. Each year, the Board of Education will match that amount with an additional $117,000. Local police departments and the sheriff’s office will provide equipment, vehicles and uniforms.
The officers are regular law enforcement officers employed by local police or sheriff’s departments, but are assigned to a middle school campus. They receive the same benefits, equipment, supplies and training as any other law enforcement officer and are required to maintain the same certifications.
In addition to handling situations where the law is violated, they also seek to prevent crime by being positive role models, interacting with students, their families and school staff, and presenting on gang and drug abuse prevention.
School resource officers are not supposed to be involved in enforcing school policies that do not result in violations of the law.
China Grove Middle’s School Resource Officer Reese Helms said the position is “all about breaking down walls.”
He said it only makes sense to have resource officers in China Grove’s schools.
“This is where my population is,” he said, adding that there are more people in the town’s schools than in any other location in China Grove.
He tries to be involved in school activities, including classes and sitting with students during lunch.
He said he wants the students to see that behind the police officer, “there’s a person back there, too.”
Helms has worked for the China Grove Police Department for seven years.
Officer Danny Lindley serves as West Middle School’s resource officer, a position he pursued because of what he’s seen during his 10 years working in the Rowan County Detention Center.
Lindley said after working in the jail for so long, he has come to know the people who are in and out of the detention center. Eventually, he began to see their children in jail as well.
He said he hopes he can connect with students and hopefully help break that cycle.
Lindley has served in law enforcement for the past 12 years.
Officer Carol Cable said she hopes to “change the image” of law enforcement in the eyes of students at Southeast Middle School, adding that she wants them to know that she’s there to help them.
Cable has served in a variety of law enforcement roles over the past 19 years, including school resource officer, court bailiff, telecommunications and the Rowan County Detention Center.
Cable said she was devastated when resource officers were previously removed from the middle schools.
Officer Tommie Cato, who will be stationed at Erwin Middle School, said he wanted to be a school resource officer because he wants to work with youth.
“I just love youth. I love the liveliness of them,” he said.
Cato has spent 23 years in law enforcement, 22 of which were with the Highway Patrol. He is also a Marine Corps veteran.
Officer John Reep has been placed at North Rowan Middle School.
“I like helping kids,” he said, adding that he wants to help keep students out of jail.
The officer, who has been in law enforcement for 20 years, served in East Spencer, Davidson County and as a Highway Patrol trooper before joining the Spencer Police Department in 2009.
Not only has officer Kenny Isenhour served as a reserve officer for the Landis Police Department for nearly 35 years, he also spent 16 years as a principal with the Rowan-Salisbury School System and filled several interim principal positions after he retired from the school system.
“I think he’s a good man for the job,” said Landis Police Chief Bob Wood, explaining that Isenhour understands both the police and school aspects of the job.
Officer Shanita Millsaps of the Salisbury Police Department will continue to serve as the school resource officer at Knox Middle School, where she has been for five years.
Salisbury Police Chief Rory Collins said that even after funding was cut for middle school resource officers, Salisbury “had to maintain an officer at Knox Middle School.”
Although the program was cut for one year, parents and administrators worked with the Robertson Foundation to fund the position.
He said the Salisbury Police Department found the difference was “so substantial that it really was a no-brainer.”
Millsaps has been in law enforcement for 20 years, 13 of those as a school resource officer. She has also served at Livingstone College, the Rowan County Sheriff’s Office and the Salisbury Police Department.
Millsaps said she is excited to be able to collaborate with other middle school resource officers.

Melody Moxley, praised for generosity, retires from library after…