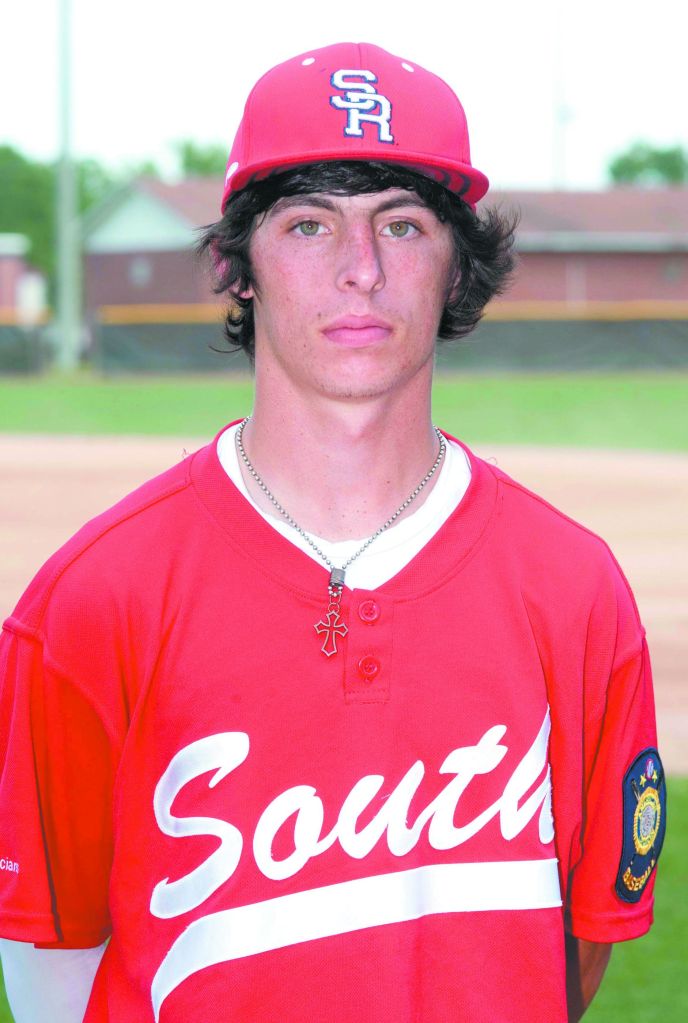 LANDIS — South Rowan broke out of an early inning daze Tuesday night with stellar pitching and timely hitting to skunk Central Cabarrus 10-0 in five innings.
Junior Burke Fulcher pitched a 1-hit gem while Tyler Fuller drove in three runs including the game winners with two outs in the fifth to lead the attack. The win keeps the Raiders (10-3, 8-3) right in the mix for top honors in the South Piedmont conference while the Vikings (1-9, 1-8) dropped their fifth in a row. South is now in second place alone, one game out of the top spot.
The righthanded Fulcher faced just two batters over the minimum to improve to 2-1 as he relied primarily on his fastball and a solid defense to shut down the Vikings.
“Definitely my fastball tonight,” Fulcher said. “I didn’t really throw any off-speed stuff. I just tried to hit my spots and let the defense work.”
Central Cabarrus managed just three base-runners in the abbreviated contest on a single by Bobby Turner, a walk to losing pitcher Brendan Fair and a hit batter. Only one was left on base, however, as Turner was cut down twice by South catcher Matt Honeycutt trying to steal.
Fair took the loss but probably deserved a better fate for the Vikings as his defense committed four errors that allowed five unearned runs. In the first two innings he matched Fulcher pitch for pitch and fanned three.
“Brendan did a great job early on and made some great pitches,” Viking coach Ronnie Bost noted. “Unfortunately when you don’t make plays and extend innings, a great hitting team like South will take advantage”
The Raiders finally did take advantage in the third as singles by Fuller and Chandler Corriher, a double by Eric Stowe and three errors quickly made the score 5-0.
South raised the lead to 7-0 in the fourth on a Hunter Travis single, an Eric Goldston double, and an RBI fielder’s choice grounder by Fuller.
The decisive fifth inning started slowly with a man on second and two outs. But Travis notched his second hit to make it 8-0. Goldston then was hit by a pitch to bring Fuller to the plate.
The senior speedster boomed a double over the centerfielder’s head to drive in both runners and end the contest by the 10 run rule.
“I was just trying to put it in play and make good contact,” Fuller stated. “But sometimes those base hit swings wind up going deeper than you expect.”
Raider Coach Thad Crismon was pleased with his team’s overall effort in all phases and was glad to see a bounce back from last Friday’s loss to West Rowan.
“We started getting back to making good approaches at the plate and swinging the bats hard,” he said.